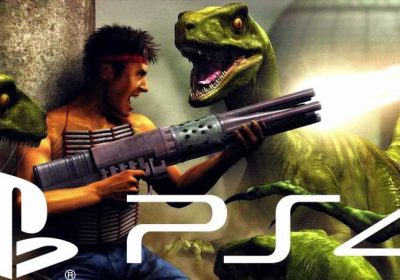 At long last, NightDive Studios’ excellent remasters of Turok 1 and 2 are heading to PS4 this week. Available tomorrow, February 25, 2021, you’ll be able to relive the N64 classics on your HDTV with updated visuals, tons of gameplay tweaks, and even online multiplayer support for 16 combatants. Not every aspect of both titles holds up, but the ports are truly exceptional.

While not officially unveiled by the company, Gematsu spotted these games on the PlayStation Store with their release dates listed. It’s unlikely to be a mistaken listing as trophy lists for both titles were uploaded to Sony’s servers last year. These titles were inevitable to make the jump and it seems like February 2021 is the time they’ll pounce.

If you happen to live in New Zealand or Australia, you can actually download the games right now. Since it is technically February 25 down under, nothing is stopping you from jumping into some dinosaur hunting action if you have the correct PSN account. It’s not hard to make a different region account, but you’ll also need to have some way to add the local currency. New Zealand and Australian PSN stores won’t accept USD.

There’s no price listed for either game, but both go for $20 on Steam. If PS4 isn’t your go-to platform, Turok 1 and 2 are also available on Xbox One and Nintendo Switch. The Switch version of Turok 2 doesn’t feature online multiplayer, but it does allow you to take the game with you literally anywhere. That makes it incredibly easy to set up some local multiplayer at a friend’s house.