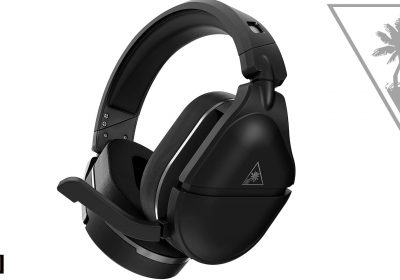 I’m often skeptical about wireless headsets. Wireless anything makes me slightly anxious. I still have a wired keyboard and mouse. I did try to embrace wireless technology a few years back but found it frustrating. Short battery life and a constant feeling of anxiety about dropping connection have kept me away.

I was assured that wireless technology has come a long way, so after my wired headphones finally gave up on me I decided to give it another try. I turned to the Turtle Beach Stealth 700 Gen 2 to see if it could convert me to the ways of wireless.

The Stealth 700 has two versions, one for the Xbox One and Series X and the other for the PS4 and 5. Both also work on PC and Nintendo Switch, as well as any Bluetooth-enabled mobile device. As is the case with most gaming peripherals, the headset also comes with a list of amazing-sounding features that I initially did not understand at all. So, in order to try and make sense of what sonic surround sound Aerofit cooling gel-infused ear cushions are, there was nothing else to do but test it out.

The headset comes well-packed with a USB-C charging cable and a quick start guide. There’s no USB dongle and no separate mic since the headset doesn’t require either. All you need to do is press and hold the button marked with a Bluetooth symbol and within a few seconds, your other devices should recognize it. 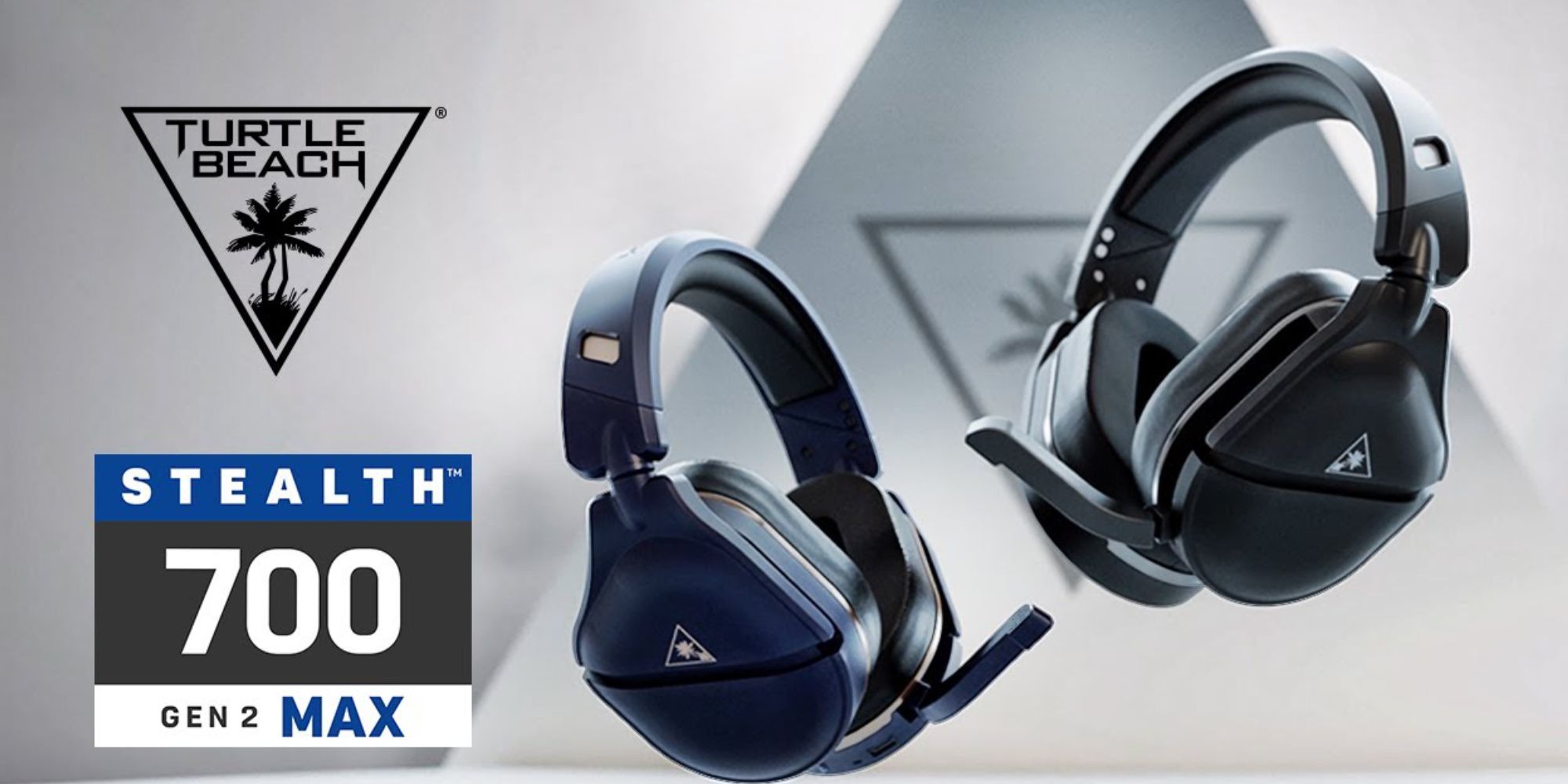 The first thing I noticed was that I could connect to multiple devices simultaneously. This is incredibly useful as often my phone is near my PC and I love not having to mess with audio settings because the headset connected to one device and I wanted the other. Not only that, but I can also listen to both at the same time. There probably aren’t too many cases where this is useful but if your music is set up on your mobile, and you also want to listen to your game on your console it’s perfect. You can also easily take a phone call without having to worry about anything, except maybe hitting mute on game sound.

In terms of comfort, I still haven’t figured out exactly what Aerofit is but I like it. The ear cushions are large and settle comfortably over your ears. There’s also a setting where you can make the foam less dense where your glasses' arms are so they don’t press into your face. The headband sits slightly forward which is very comfortable and spreads the natural pressure of the headset better. I discovered that I can comfortably wear the headset for longer than expected, and my ears don’t get hot and sweaty.

The microphone is inbuilt and simply flips down from the side, automatically muting when flipped back up. This should make it easy to know when you are muted, and I’m sure it does for most people. However, the microphone is incredibly unobtrusive and I tend to forget to look down to see if it’s there or not.

Sound quality wise, the headset offers clear and crisp surround sound audio and is far more customizable than I expected. The Turtle Beach app is easy to connect to and allows you to adjust the treble and base levels to your liking. You can also boost the game dialogue. Alongside these more standard settings is ‘Superhuman Hearing’ mode. For fans of FPS games, this will likely be especially useful. It amplifies all the small noises it can be difficult to hear. Footsteps, weapon reloads, chests opening. All these minor sounds will be louder, and thanks to the surround sound you can pinpoint where they are coming from. Even I know that’s an advantage, and according to a study conducted by Real Industry in May 2021, it can improve the kill-to-death ratio by 33 percent. For me, that might even mean I get some kills. I’ll need to stop playing as Mercy first though, so maybe not. 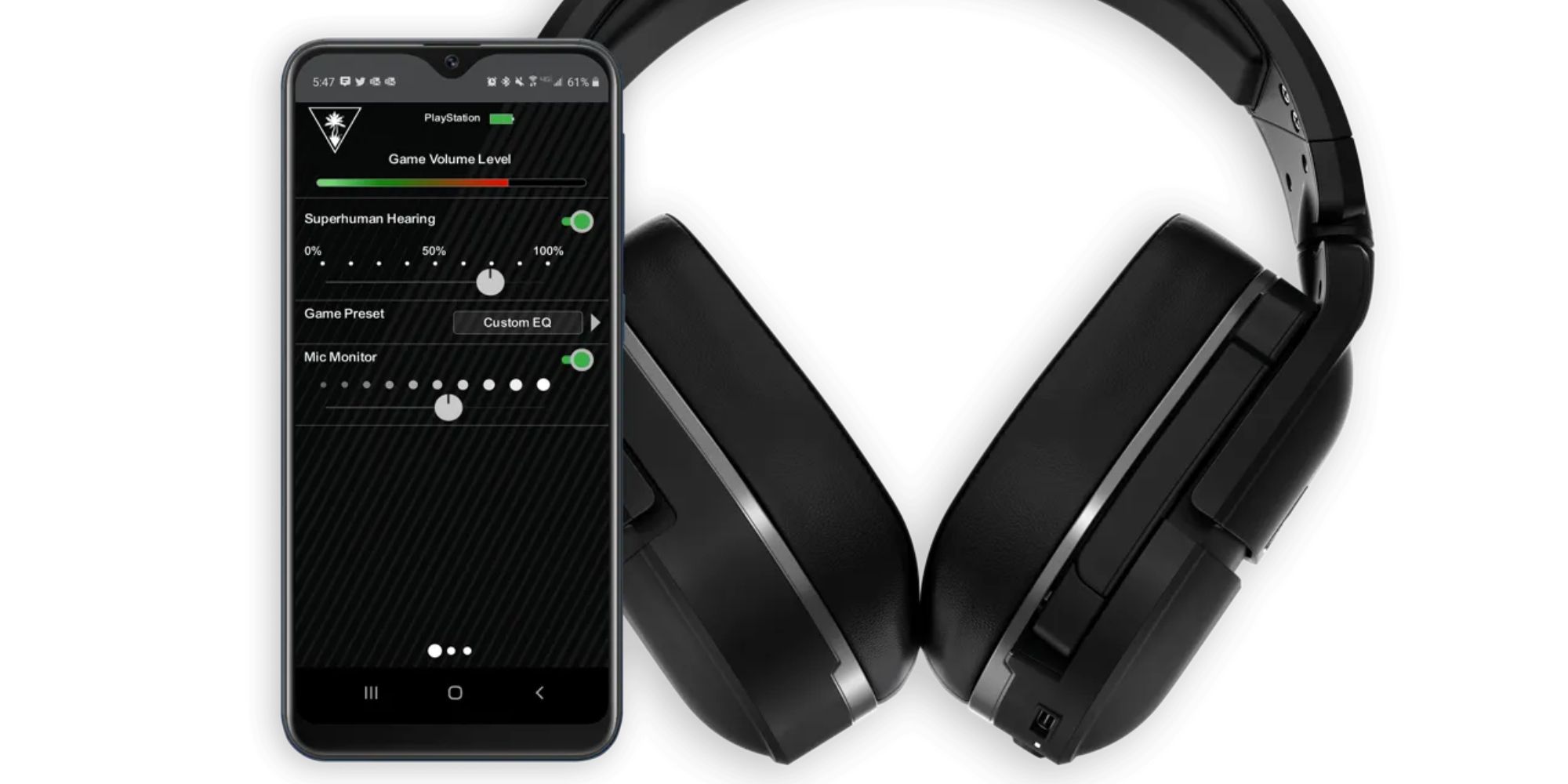 These audio settings can all be saved, and the app also allows you to flip between them, so you can switch out if you are doing something else.

In terms of the microphone, I’ve been informed that it is clear – when I’m not accidentally muted – and the volume adjusts automatically. If you prefer manual control you can adjust both the speaker and mic volume via dials on the side of the headset. There’s also a button to swap the audio mode quickly, as well as the power and Bluetooth connection buttons. These buttons do feel slightly different and are far enough apart that as long as you know the order it’s easy to slide your finger up and hit the right one. The power button is actually flush with the headset and requires you to hold it down for a couple of seconds, while the others just need a quick click, meaning it’s difficult to accidentally turn the headset off. Not even I’ve managed it so far.

Overall, the Turtle Beach Stealth 700 Gen 2 is a comfortable and robust headset with great sound quality and battery life. It looks sleek, fits well, is easily adjustable, and offers a crisp clear sound. The mic is easy to use and mute and it’s great to not have to worry about plug-in mics and dongles. It even tells you how charged the battery is when you turn it on so you can keep track. It’s a solid choice for a wireless headset and one which is keeping me in the no-wires club going forward.