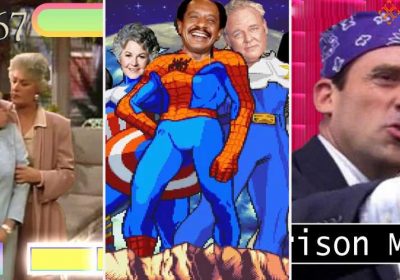 Growing up, I watched a lot of TV shows. And my favorite shows were, and still are, sitcoms. These thirty-minute hooplas with over-the-top characters, zany adventures, and studio audience applause inspire my aesthetic more than I admit. This probably explains why my most prominent note as an actor is being too "over-the-top." 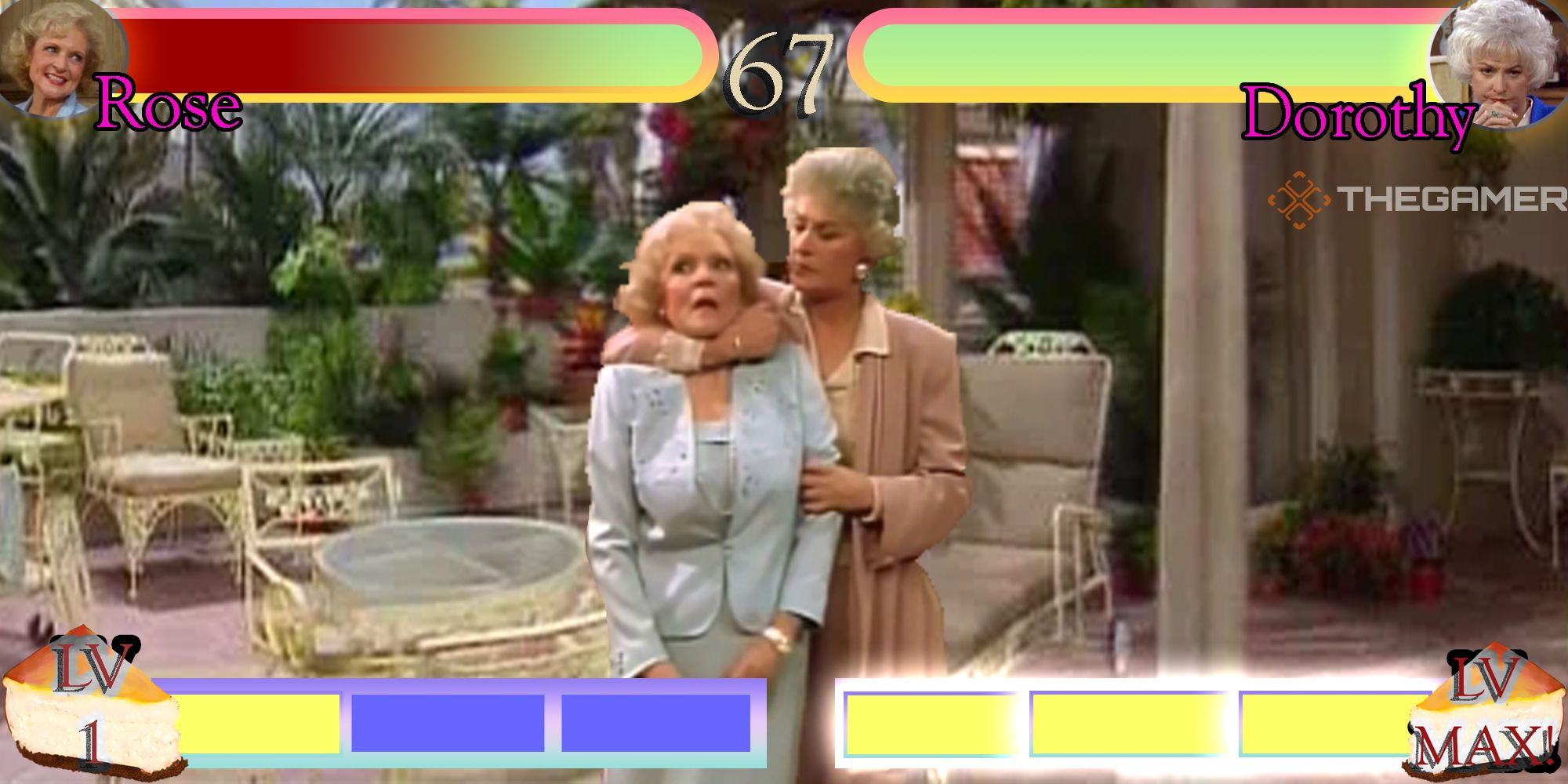 Whether it's board games, drinking games, or even visual novels, The Golden Girls can make anything better. Since 1985, Dorothy, Rose, Blanche, and Sophia have stolen our hearts with witty banter, bizarre adventures, and close-knit friendship. So, of course, when I pitched this article, my friends at TheGamer requested I include this sitcom on my list.

So, picture it, Miami, 1987, four women argue on the lanai of a modest vacation home over who ate the last slice of cheesecake. No one fesses up. A battle ensues that could shake the very bedrock of their friendship. Then, someone makes a comment about weight-and things get physical.

Before you know it, the punches and kicks start flying. Suddenly these four ferocious foes unleash chaotic Super Golden Combos!

Sophia comes in strong with a piping hot tray of lasagna. However, this tasty Italian attack gets countered by her daughter Dorothy's Super Substitute Teacher Glare Of Death. But wait, what's that? The Southern Belle, Blanche Devereaux, summons an army of men to her aid, shielding her from the glare's effects. However, none of them see Rose coming with a Back In St. Olaf Anecdote. The story is a knockout, and the Miss from Minnesota reigns victorious!

So, who ate the last slice of cheesecake? Stan, Dorothy's ex-husband, stopped by looking for her, but she wasn't home. Still, that didn't stop him from grabbing a slice for the road.

When the girls discover the true culprit, they realize how petty their squabble was (and how useless ex-husbands are) and reconcile. And after all that, Rose remembers she placed a cheesecake in the freezer after grocery shopping that morning!

Dorothy, Blanche, and Sophia stare at Rose, the studio audience laughs and applauds, and the credits roll. 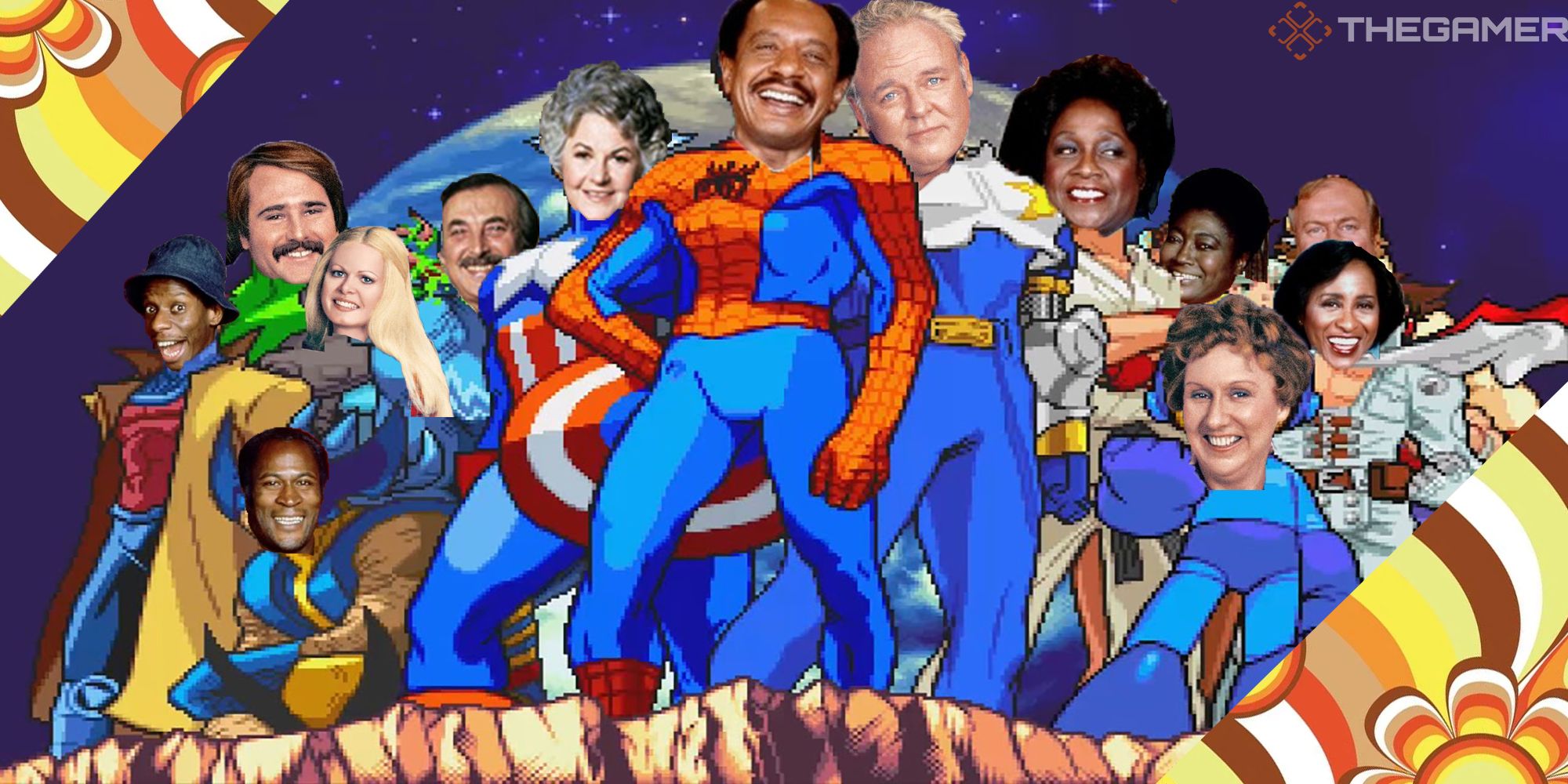 If you thought interconnected media franchises started with the MCU, OH, HOW WRONG YOU ARE! Allow me to introduce you to the Norman Lear Television Universe.

Okay, these connections start with All In The Family, which launched several spin-offs. So, Edith Bunker, played brilliantly by Jean Stapleton, had a cousin named Maude, played by Bea Arthur. Maude was a spitfire progressive that clashed with the stubborn, conservative Archie Bunker. In fact, Maude and Archie's scenes were so great that Maude got her own spin-off.

And then there's Maude (Ha.). Maude was a successful sitcom in its own right and ran for six seasons. Furthermore, Maude is the sitcom that introduced America to Florida Evans. Yes! The same Florida Evans who was the matriarch in Good Times!

Of course, how could we talk about All In The Family spin-offs without mentioning The Jeffersons? The famous television family was first introduced as neighbors to the Bunkers. Then, however, George, Louise, and Lionel "moved on up" with their own series, and The Jeffersons became one of the most successful sitcoms of all time!

Norman Lear also developed several other popular sitcoms outside these inter-connected series, such as Sanford And Son and One Day At A Time.

As you can see, the roster size this fighting game would be capable of is vast and diverse! Furthermore, you wouldn't need a corny "universes collide" storyline to justify this fighting game. Most of these shows' stories are connected to each other anyway (Thank you, TV writers.).

So, are you ready for '70s-era tag-team battles with witty social commentary? Because I certainly am! 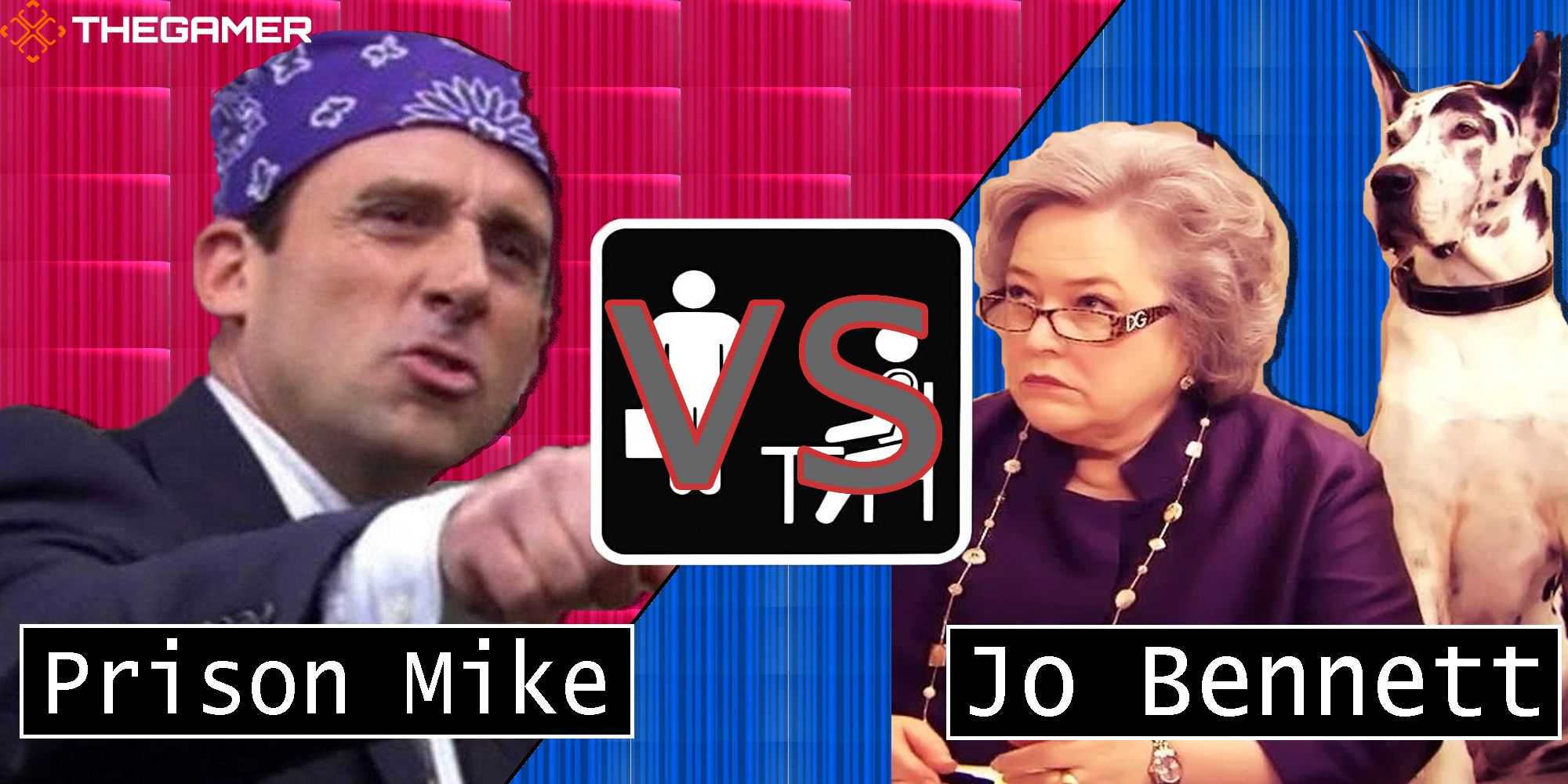 The Office (US) is one of the most memorable sitcoms of the modern era. Not only did this classic series run for nine seasons, but it launched the careers of Steve Carell, John Krasinski, and Mindy Kaling, among others. Furthermore, the series experienced growing popularity through syndication and streaming years after it concluded.

So, it makes sense for this popular IP to receive the video game treatment. And here's why I think an Office fighting game is the right call.

First, the roster is undoubtedly there. With twenty-five regular cast members, plus plenty of guest characters, there would be a ton of unique fighters to choose from. For instance, don't you wanna see Michael Scott take on Jo Bennett (Kathy Bates) and her two Great Danes? The obvious answer is an enthusiastic yes!

Also, the potential for environmental interaction is abundant! For example, imagine throwing a Jell-O mold with a stapler in it at Dwight Schrute. Or you could start a trash fire that sends the office into pandemonium! You could even smash Michael Scott's modest plasma TV into Jan Levinson's skull! (That's for the three vasectomies, Jan! Now shut up about Hunter!) Mortal Kombat, eat your heart out.

However, the feature that would elevate this game to megahit status would obviously be the Threat Level Midnight bonus mode. I'm thinking of something akin to a beat 'em-up game, like The Final Fight series, or a 3D-action mode like Tekken Force (Tekken 3) or The Devil Within (Tekken 5).

You know what, screw it, I'm also adding a bowling minigame. If Tekken can do it, then so can I!

Also, I've already decided that one of Pam Beesley's victory quotes would be "I feel God in this Chili's tonight." It's a small detail, but it deserves acknowledgment.