Twitch To Adjust Subscription Prices Based On Viewer Location 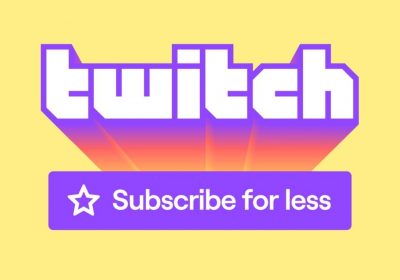 Twitch viewers around the world are going to start getting more bang for their buck when they subscribe to their favorite streamers. Starting on May 20, Twitch will begin to adjust subscription prices based on the country viewers live in so that they’re more in line with the local cost of living.

According to the streaming service’s blog post published on Monday, Twitch’s new subscription pricing program stems from the fact that there’s a severely low percentage of viewers supporting content creators with paid subscriptions outside of North America. To put this in perspective, Europe’s rate of active Twitch users is 50% lower, while Latin America’s is 80% lower. This discrepancy is attributed to the difference between the U.S. dollar — the Tier 1 subscription costs $4.99 USD — and other foreign currencies that make it difficult for viewers to watch and support their favorite content creators, as well as access custom emotes and enjoy other subscriber privileges without breaking the bank.

The first two countries that are going to see the change in subscription prices are Mexico and Turkey, since they have a number of streamers and viewers who have been passionate about the pricing change for some time. The cost of a Tier 1 subscription for Mexico will be 48 pesos ($2.42 USD), while Turkey will pay 9.90 Turkish Lire ($1.19 USD).

The pros of lower subscription prices for international viewers are not without its cons for streamers. The lower subscription costs in affected countries where they have large subscription bases will mean they lose some income as a result of the pricing adjustment. To smooth out the transition to the new pricing model, Twitch will offer streamers three months of “revenue adjustment incentive” payments to make up for potential revenue loss, provided they stream at least 85% of their live baseline hours and meet certain eligibility criteria. The chart that lays out the eligibility streamers need to meet for those payments can be found here.

In essence, lower subscription prices for international Twitch users means greater growth in creators’ communities and a substantial increase in revenue, whether they’re just starting out or are already well-established.

Mexico and Turkey will be joined by most countries in Europe, Latin America, the Middle East, Africa and Asia beginning in the third quarter of 2021. For a list of countries that will be affected by the subscription price adjustment, click here.