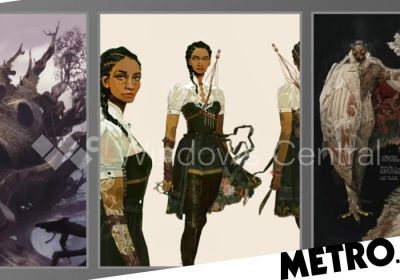 Obsidian is apparently working on another game besides Avowed and The Outer Worlds 2, and it’s taking cues from Disco Elysium.

There have been quite a few Xbox rumours/leaks over the past couple of weeks. So far, these include a side-scrolling beat ‘em-up called Belfry, a Wu-Tang Clan role-playing game, and now we can add two more to the list. Namely, new projects in development at Obsidian Entertainment and Compulsion Games.

The first of these, the Obsidian project, was leaked by GamesBeat’s Jeff Grubb and Jez Corden at Windows Central, who have been sharing a lot of details about unannounced Xbox games as of late. According to them, Obsidian’s project is called Pentiment (which is believed to come from the painting term pentimento) and is described as a narrative role-playing game that is taking cues from Disco Elysium.

The idea of Obsidian working on a third game seems surprising considering it also has Avowed and The Outer Worlds 2 in development, both of which are expected to be massive role-playing games of their own.

However, Grubb and Corden say that Pentiment is more of an indie style project with a very small team of only 12 people working on it, led by Josh Sawyer, the director of Fallout: New Vegas and Pillars Of Eternity.

Grubb adds that the Pentiment team is exploring experimental gameplay types, but he couldn’t say what any of them were. Plus, they may not even be included in the final release, which Grubb says is aiming for 2022.

The second exclusive is from Compulsion Games, the developer of We Happy Few. The studio recently commented that its next project will be a third person story driven game and won’t release in early access, but Corden has shared more concrete details about it.

The game is codenamed Midnight and is described as a coming-of-age story with a strong southern gothic vibe, drawing inspiration from America’s Deep South and featuring magic and mythical beasts like harpies.

Corden doesn’t know what the potential release date could be, only saying that an official reveal could take within the next couple of years. The game could launch in the same period as well, but that may change depending on Compulsion’s ambitions for the project.