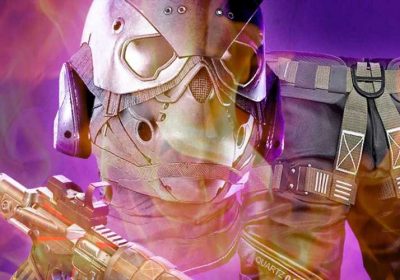 Ubisoft seems to be a little less gung-ho about NFTs after the sustained backlash it's received from… well, everyone. Whereas the company previously called NFTs and blockchain gaming "very attractive for the long term" and "revolutionary," now we're hearing Ubisoft's chief crypto executive talk about "feedback," "concerns," and "sentiment." All of which has been negative.

Speaking to Decrypto, Ubisoft blockchain technical director Didier Genevois talked about the response to Quartz during a presentation where Ubisoft announced its partnership with Aleph.im to decentrally store its NFTs.

“We have received a lot of feedback since the announcement, and we hear both the encouragement and the concerns,” said Genevois. “We understand where the sentiment towards the technology comes from, and we need to keep taking it into consideration every step of the way.

“This experiment is meant to understand how the value proposition of decentralization can be received and embraced by our players. We know it is a major change that will take time, but we will stay true to our three principles.”

Those three principles that Genevois referred to are "use the tech responsibly," “build a safe environment” for players that “only leverage energy-efficient proof-of-stake blockchains,” and “focus on meaningful value propositions for players that benefit their gaming experience.”

That last point seems to hilariously contrast with the initial Quartz offering, which included a set of three cosmetics for Ghost Recon Breakpoint where the only difference between them was a tiny serial number that you can't even see in-game (unless you're playing at 4K and look really close).

As the cosmetics are all effectively the same from a gameplay perspective, one really wonders why they needed to be NFTs at all.

That's apparently something a lot of players are wondering about because very few have even bothered with these NFTs at all. So far, only 3,000 Digits are available on the Objkt marketplace worth a sum total of $380. That probably wasn’t worth the price Ubisoft paid to mint their initial run of NFTs.