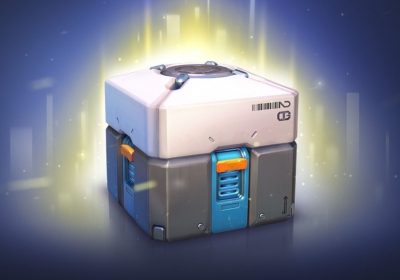 Over the last two months, governing bodies from various European countries have addressed the exploitative nature of loot boxes, especially those found in EA's sport games. In June, a study backed by 18 countries branded loot boxes "exploitative". The Netherlands is at the forefront of this movement, with six political parties supporting a motion that would compel developers to remove them from games being shipped to the region.

In a new development, the UK government made a statement, calling for loot boxes to be made unavailable to children, unless supervised by their parents (thanks, VGC).

“We want to stop children going on spending sprees online without parental consent, spurred on by in-game purchases like loot-boxes,” said Culture Secretary Nadine Dorries. “Games companies and platforms need to do more to ensure that controls and age restrictions are applied so that players are protected from the risk of gambling harms. Children should be free to enjoy gaming safely, whilst giving parents and guardians the peace of mind they need.”

No legislation have been put in place as of yet – however, if developers continue to ignore these warnings, the government could possibly put into place some kind of a blanket law that could disrupt online gaming in its entirety.

As per VGC, The Department for Digital, Culture, Media and Sport plans to form a group comprised of video game developers, publishers, hardware manufacturers, and other relevant entities to put in place “industry-led measures to protect players and reduce the risk of harm”.

Last month, 15 child advocacy groups, led by Fairplay and The Center for Digital Democracy, appealed to the FTC, asking it to launch an investigation into EA's loot boxes. "EA has made the pursuit of FIFA packs endless: It releases a new version of FIFA annually, and when a player moves from FIFA 22: Ultimate Team on to the next iteration of the game, their pack rewards from prior versions do not advance with them,'' says the six-page letter. It went on to detail the tactics used by FUT and its card packs, and even listed down certain questions that the FTC should find answers to in the course of its investigation.