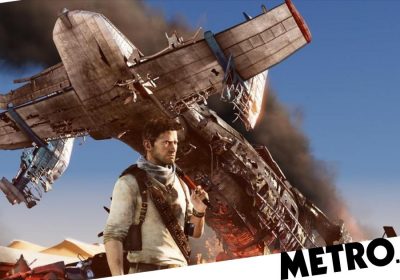 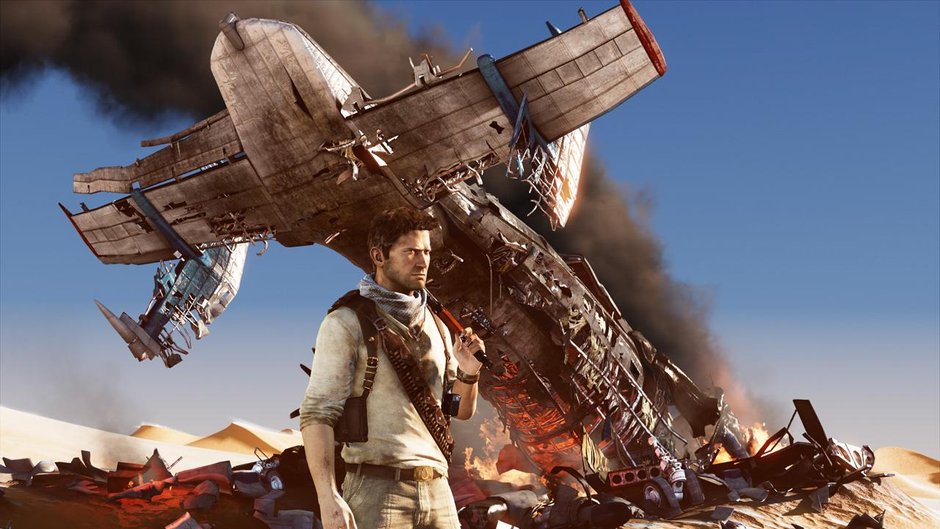 A reader looks back at Naughty Dog’s Uncharted 3 and how it stands up 10 years later, as one of the least popular entries in the franchise.

Uncharted 3: Drakes’s Deception was 10 years old on the 1st November. It’s a difficult game to rate as it’s sandwiched between the second and fourth games, both of which are the very best of the series. I don’t rate Golden Abyss as highly as the main games but it’s not a Naughty Dog game, instead being made by Sony Bend for the PS Vita.

Chloe’s Lost Legacy spin off was okay but was too much of a mash-up of the best bits of the series for me, and I find the characters of Chloe, Nadine, and Sam not as appealing as the main gang of Nate, Elena, and Sully.

Of course, Drake’s Fortune will always be looked on fondly by me as it’s the game that started it all and made me fall in love with the series, but what does Uncharted 3 have to offer? I replayed the game recently to write this feature and I discovered that the answer was quite a lot!

After the reveal trailer showed Nate in the middle of the desert, standing in the middle of plane wreckage, there was talk about repeating the in medias res trick of Uncharted 2’s beginning, which I really hoped wouldn’t happen as it would feel a little lazy to repeat such an impactful opening. Thankfully Naughty Dog gave us a different start, more low key this time (sure, there’s a brawl in a London pub but you don’t get a gun until chapter 4!). We then flashback 20 years to play as a teenage Nate and get to experience his first meeting with Sully.

Sully wasn’t in Uncharted 2 a lot, he bails Nate out of a Turkish jail and goes to Borneo with him but then leaves him to go on to Nepal with Chloe as his only companion (until they cross paths with Elena) only showing up again in the final scenes of the game. Uncharted 3 puts the Nate and Sully relationship front and centre and it’s a joy to experience this from its beginnings. Thanks to the wonders of computer animation we get Richard McGonagle (Sully’s voice and mocap actor) playing a younger Sully, so he’s still got that wonderful rich voice and a moustache (no Mark Wahlberg here thank goodness!).

Billy Unger was cast as a teenage Nate and coupled with some incredible animation from Naughty Dog (Uncharted 4 was the first game that they did facial capture on) we had a perfect younger Nate. (again, far more convincing than Tom Holland!) He already had that cocky, smart mouth we all know and love but in his first interactions with Sully there is a guarded vulnerability as he learns to trust him. (Fun fact: the guy about to shoot young Nate in the flashback is actually Nolan North – Nathan Drake himself!)

Uncharted 2 took the combat and platforming from the first game and blended it to perfection, giving us set pieces like the train but the third game had a lot of new tricks of its own.

It was far more jet-setting than the previous games, taking in London, France, Syria, Yemen, a modern day pirate ship, and of course the Rub’ al Khali desert.

We were also treated to far more puzzles this time around and although not up to Tomb Raider levels they were more complex too.

The combat also got a major overhaul, adding lots of fun new wrinkles: you could now counter-attack enemies while being grabbed by another, use objects in the environment such as beer bottles, use guns to smack the enemy, throwback grenades (if you timed it right). Takedowns now had some flashy finishing moves, including a slow-mo catch-the-gun moment and pulling a grenade pin on the belt of an enemy then kicking him away. You could even run up and over one of the riot shields to take out the enemy behind!

There were the mutant like Brutes, which took a major beatdown to take out, new vertical shooting with cover (so fun seeing enemies falling past you!), and shooting while swimming and on horseback. There were also new environment hazards that affected combat; aiming on boats was difficult at times due to the motion of the sea and gun battles on the deck of a ship had cargo which you could use for cover, shifting with the rough sea – it could even kill you if you happened to be in the wrong place!

Later on in the game a sandstorm affected visibility in a gun battle and supernatural djinn enemies not only were incredibly annoying, by teleporting, but also required you to kill them twice!

The big set pieces didn’t disappoint either: first escaping spiders (which were an unused idea from Drake’s Fortune – you can see sketches in the art book of the PlayStation 3 trilogy) and then a burning chateau; chases over the rooftops as both a teenage Nate (running away), and an adult Nate (in pursuit), climbing about in a upturned ship, boarding the plane and, of course, the subsequent crash. There’s wandering lost through the desert and attacking a convoy on horseback (with the most well-behaved horse ever – he’s always there when you need to jump off a vehicle!).

The final destination of The Atlantis of the Sands is incredible too, surrounded by the desert, with massive statues opening the doors, it’s filled with ornate towers and domes, moving statues, gold, vases, fountains, and flowers. The city is resting on a giant cavern so we know full well that Nate will end up destroying it (just as he did with Shambhala in Uncharted 2!) but it’s a rush escaping from a crumbling city, even making time for a final fight with Talbot, one of the antagonists!

A different kind of villain

After Uncharted 2’s main bad guy Zoran Lazarević, a psychopathic war criminal, Uncharted 3’s primary antagonist was someone completely different: Katherine Marlowe. In charge of a sinister cult, that can be traced back to Sir Francis Drake’s time, she’s present in the flashback levels as Sully is initially working for her. This sets up an interesting dynamic between her and Nate because not only are they both trying to find The Atlantis of the Sands for very different reasons but also there’s an element of resentment in her contempt for Nate later on, as despite Sully being romantically involved with Katherine in the flashback chapters he chooses Nate over her!

She’s a far more cerebral foe and can be incredibly threatening in such a very nice way! The scene in Yemen when she mocks Nate’s childhood (‘It’s all so Dickensian!’) is brilliant to watch and really showcases the excellent performance by veteran English actress Rosalind Ayres.

The production of Uncharted 3 had some logistical problems with its cast. Emily Rose who plays Elena was busy filming the TV series Haven in Canada, so she was unable to commit to as much time as she had to the two previous games, and Graham McTavish who played new character Charlie Cutter (he first played Uncharted 2’s baddie Zoran Lazarević!) got a part in The Hobbit filming in New Zealand, so again couldn’t commit to as much time as was originally planned (he was going to be in the whole game).

But Amy Hennig skilfully used these problems to strengthen the narrative, which isn’t only about Nate and Sully’s relationship but also about Nate’s obsession with treasure hunting.

Even when Cutter is put into a situation where the better choice is to break his leg (taking him out of the adventure) Nate won’t quit his quest. When we finally meet up with Elena in Yemen, we can see that yet again their relationship has fallen apart, that it’s easier for Nate to chase mysteries from hundreds of years ago than trying to put things right between them.

Even with a reduced presence, Elena and the loving relationship she has with Nate is for me the heart of the Uncharted games and what makes it so special. She can be critical of what Nate is doing and yet she still always has his back. The scene when Nate returns to her after escaping the pirates and ends up falling asleep with his head in her lap is one of the most tender moments of the whole series.

Greg Edmonson already provided the first two games with excellent soundtracks, that really captured the vibe of where Nate was exploring, but he really took things to another level for the third game. It was released over two CDs, with most of the score by Edmonson, and it has a wonderful mixture of epic, sweeping pieces and dynamic action themes.

There’s some excellent use of guitars too, hard and rocky for the areas where Nate is fighting the pirates at sea, compared to the gentle Latin sound for the flashback chapters meeting Sully. It’s a fantastic listen and I would recommend checking it out (a shorter version is currently available to download – it’s still 26 tracks!) Unfortunately, Greg Edmonson didn’t return for Uncharted 4 but at least his Nate’s Theme was incorporated into some of Henry Jackman’s score.

So to sum things up, while not as brilliant as its predecessor, which to me was the very definition of a perfect sequel, with Uncharted 3: Drake’s Deception Naughty Dog created another thrilling adventure romp with heart, which is a worthy member of the Uncharted series and is still a blast to play today!