Uncharted: Legacy Of Thieves Collection Launching For PS5 In January 2022 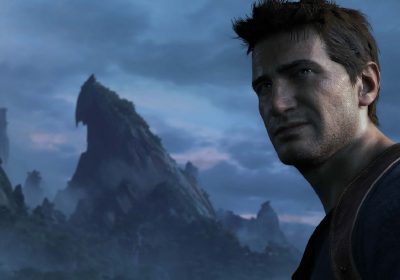 Earlier this year, it was announced that Uncharted 4 and The Lost Legacy were being remastered for PC and PS5 with a vague release date of 'early 2022.' That has now been clarified – it's launching on January 28 for PS5 and a still-vague "2022" for PC.

It'll have three different toggles – Fidelity lets you play in 4k with 30FPS, Performance is a standard 60FPS mode, and Performance+ launches the game in 1080p with 120FPS. Nathan Drake is about to get a whole lot faster (and crisper).

Across the board, it boasts 3D audio and DualSense support with, as expected due to the PS5's built-in SSD, faster loading times. Given that it's a bundle, you get both games as part of the parcel, but you don't have to purchase them all over again if you already own the two games it contains. Instead, it'll be a $10 upgrade, the new PS5 standard.

With that being said, PS+ owners of Uncharted 4 cannot upgrade the game. You will have to buy it separately. The multiplayer mode is also absent as was leaked in November of this year – Nathan Drake is flying solo on this adventure. Let's just hope he doesn't fall out of any more planes, eh?

Speaking of falling out of planes, those who upgrade from the PS4 version to the PS5 between now and February 3, 2022, can receive a free Uncharted ticket. The upcoming film stars Tom Holland as Drake himself with Mark Wahlberg as Sullivan.

The bundle is $50 meaning that you're getting both games remastered at $25 each. However, PC players will have to wait a touch longer to see the PlayStation exclusive cross platforms.