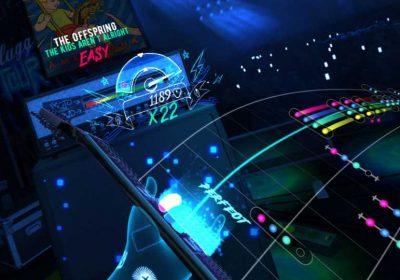 Unplugged is working on a fix for the difficulties some players are experiencing in unlocking all of its songs, particularly with some objective conditions on Hard difficulty.

The news was prompted by Twitter user YoJayWatsUrName, who expressed frustration at difficulty unlocking all the game’s songs:

I REALLY love this game. With that being said I’m going to be honest. I don’t think hand tracking is quite there for the precision this game wants on hard difficulty. I think objectives need to be removed in exchange for experience to unlock songs. – @YoJayWatsUrName on Twitter

We have got that feedback from several players. We will fix it soon 🙂 – @UnpluggedVR on Twitter

It’s unclear exactly what the fix might entail, but it’s likely either changing the requirements of certain objectives to unlock records or removing certain objectives altogether. In our review, we noted that the difficulty curve felt fair but that the hand tracking took some consideration to get working at an ideal level, particularly in the opening few hours of the game.

At first, I personally struggled with similar problems in unlocking records but once I started to understand the conditions under which Unplugged’s hand tracking worked best, I had less problems overall and was able to unlock records and new songs much faster. At the time of writing my review, I had yet to unlock the final record and needed just one last objective completed in order to do so — get a Diamond score on a song on Hard difficulty. While I hadn’t reached a Diamond score, I got very close and it certainly didn’t feel impossible or the fault of the game/hand tracking — if anything, it was just time limitations. It will be interesting to see what changes are implemented to adjust for feedback — hopefully, people will be able to more reliably and easily unlock the songs soon.

Have you tried Unplugged? What do you think? Let us know in the comments. You can read our review here.