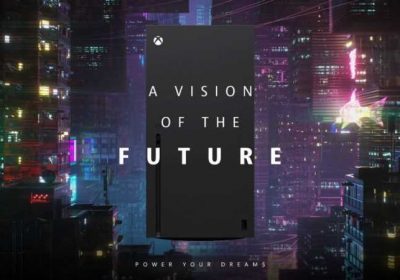 A Vimeo account that hosts Xbox Series X promotional material is being shared online after it was discovered to contain unused advertisements for the console. The adverts are seemingly finished and ready to go out, and it is unknown why they didn’t get used in the run-up to the Series X’s release last November.

In the Reddit post sharing the Vimeo links, users theorize that they want unused due to two of the games featured getting delayed: Halo Infinite, and Cyberpunk 2077. While Halo still did feature in the final advertising, Cyberpunk was indeed dropped, and the other two games in the and (Destiny and Assassin’s Creed Valhalla) were ready to go from day one of the console’s release.

However, the advert was uploaded to Vimeo after the console’s release, December 4. It’s possible this could still be used once the games featured are released, complete with a next gen upgrade.

Other clips found on the Vimeo account are much shorter, with ambient shots of Cyberpunk and Halo’s settings playing on a loop, overlaid with text reading “A Vision of the Future” and “Dream of Better in Every Way” respectively.

Halo Infinite was initially slated to be a release title for the Xbox Series X and Series S. However, this trajectory changed dramatically in August 2020, when the game was delayed to an unspecified date in 2021. 343 cited complications caused by the ongoing COVID 19 pandemic as the reason, but it’s possible that a poor fan reception to the gameplay reveal that year also contributed. We’re still waiting on a specific release date for the latest Halo instalment.

As for Cyberpunk 2077, I’m sure very few of you need a reminder of the numerous issues the game faced at launch, and even before that. Being hit with delay after delay, it finally saw a release December 10, and is yet to receive the next gen upgrade needed to realize the Series X’s potential. Because of this, it makes sense that Microsoft would wish to distance itself from the troubled development.