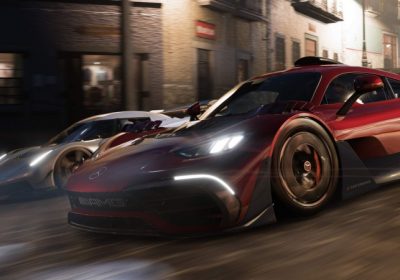 Over 6 million people played Forza Horizon 5 in its launch week, according to Xbox marketing head and general manager Aaaron Greenberg.

Greenberg revealed this massive launch week number for Playground Studios’ latest open-world driving game on Twitter and he said the numbers are still growing. This news comes after Xbox head Phil Spencer revealed last week that Horizon 5 had the biggest launch of any Xbox Game Studios game ever, hitting over 4.5 million players on launch day.

You all are amazing, not only did we set the record for biggest Xbox Game Studios’ launch ever, but now over 6 million players and growing, still in our launch week! 🤯💚 #ForzaHorizon5 https://t.co/kiTB3eGknp

The original story continues below…

Forza Horizon 5 was officially released yesterday, both as a game you can purchase and a title available on Xbox Game Pass. For those that purchased special editions of Horizon 5, it’s been playable since last Friday.

After yesterday’s official launch, the new open-world arcade driving game from Playground Games hit over 4.5 million players, according to Xbox head Phil Spencer. This makes the launch of Forza Horizon 5 bigger than any Xbox Game Studios launch before it.

As Spencer notes in his tweet, the game is available on Xbox Series X/S, Xbox One, PC, and Xbox’s cloud gaming, which undoubtedly helped Forza Horizon 5’s numbers a lot. Add in the fact that it’s also available on Xbox Game Pass, and it’s no surprise Playground Games’ latest is a success.

This must be a solid morale booster for the studio as it continues to work on its upcoming Fable reboot. If you haven’t yet checked out Forza Horizon 5 and want to, it’s available right now on Xbox Series X/S, Xbox One, PC, and Xbox’s cloud gaming service.

While waiting for it to download, check out our thoughts on the game in Game Informer’s Forza Horizon 5 review and then read about the accessibility settings available in-game, including the addition of American and British Sign Language, a feature coming soon. Take a look at the new limited edition Forza Horizon 5 Xbox controller after that.

Are you one of the 4.5 million Forza Horizon 5 players? Let us know what you think of the game in the comments below!