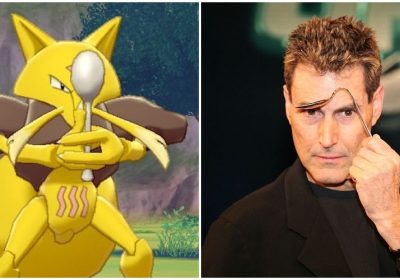 It's almost been two decades since we last saw a new Kadabra from Pokemon TCG. However, a lot has happened in that time, and it looks like we'll soon be getting the first new Kadabra card in 19 years. For the uninitiated, the Pokemon was inspired by illusionist Uri Geller – its Japanese name is Yungerer, which sounds a lot like the illusionist's name, and they both have that trademark spoon. However, at the time, Pokemon's creators didn't take Geller's permission to name the 'Mon after him, resulting in legal action.

Eventually, Geller himself gave Nintendo permission to use the name in its games and also gave TCG permission to print Kadabra cards. In an email to TheGamer in 2020, Geller wrote, "Due to the tremendous volume of emails I am still getting begging me to allow Nintendo to bring back Kadabra/Yungeller, I sent […] a letter to the chairman of Nintendo giving them permission to relaunch the Uri Geller Kadabra/Yungeller worldwide."

Fast-forward to yesterday, and we learnt that Geller was in correspondence with PokeBeach, where he mentioned that he was in touch with The Pokemon Company and “has a feeling" that a new Kadabra card may be launched "soon, perhaps as early as December.” No further details were provided by Gellar, but he seems to be fully onboard with the 'Mon now.

In a voice note to PokeBeach, Geller revealed that he regrets his actions from all those years ago. "The reason I changed my mind — first of all, I did a stupid thing for suing them. I was just angry that my name appeared on a Pokemon card out of the blue without ever being asked," he said. "The most important thing is in these 20 years I became a grandfather. I saw my granddaughters and I thought ‘Come on, you gotta release the Pokemon card back into circulation again.’ Hence my letter. And what a nice letter [Ishihara] sent back. I’m really happy about it. Now I run a children’s charity where you can become a citizen of an island I established in Scotland called Lamb Island.”

It's unclear when we'll get to see Kadabra's new card, but it will be the first time the first-gen psychic-type will make an appearance in nearly 20 years.