V Rising: How To Find And Defeat Alpha Wolf 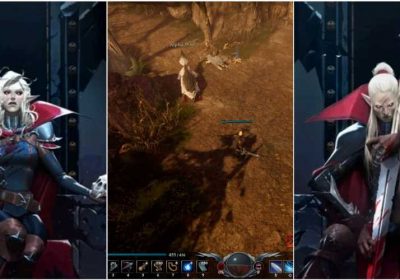 V Rising is a survival game that requires you to kill unique bosses in order to progress. The first of these creatures is the Alpha Wolf, and while he is certainly not as tough as the game's later challenges, he can pose a nasty obstacle to your progression if you come across him unprepared.

This guide will tell you where to find the Alpha Wolf boss, general fight tactics – such as his important moves – and also what rewards you will claim upon defeating him. 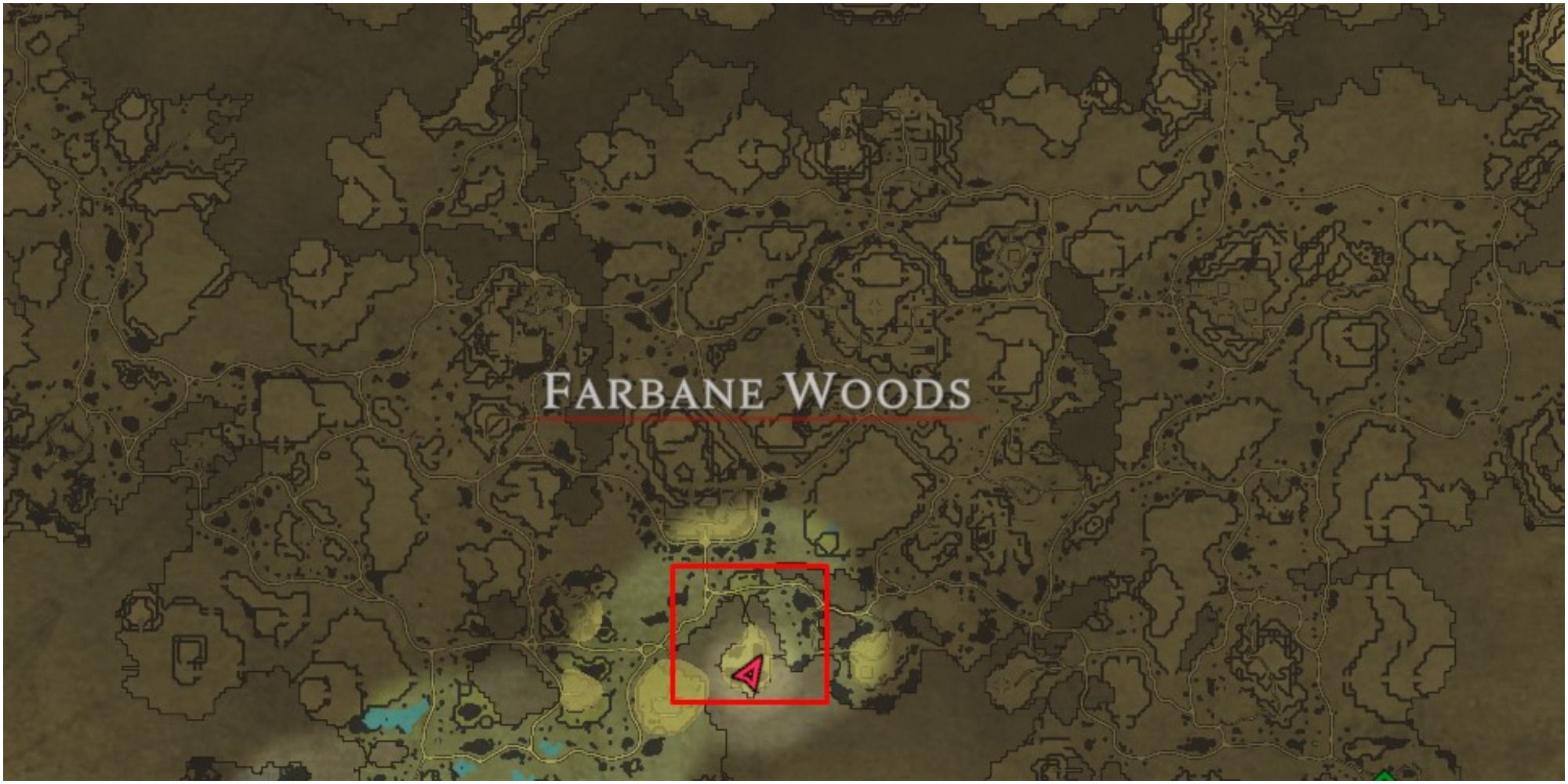 Despite being the easiest boss in V Rising, with a combat level of only 16, Alpha Wolf can prove tricky to find. Upon creation of the Blood Altar, he will be the first boss you can track, with a red stream of blood emanating periodically from his current location. He typically roams around the southern section of Farbane Woods, attacking any creatures or humans that he encounters. It is due to this roaming that he can be difficult to locate, as while most bosses will simply remain in a small area, Alpha Wolf enjoys aimlessly running around. 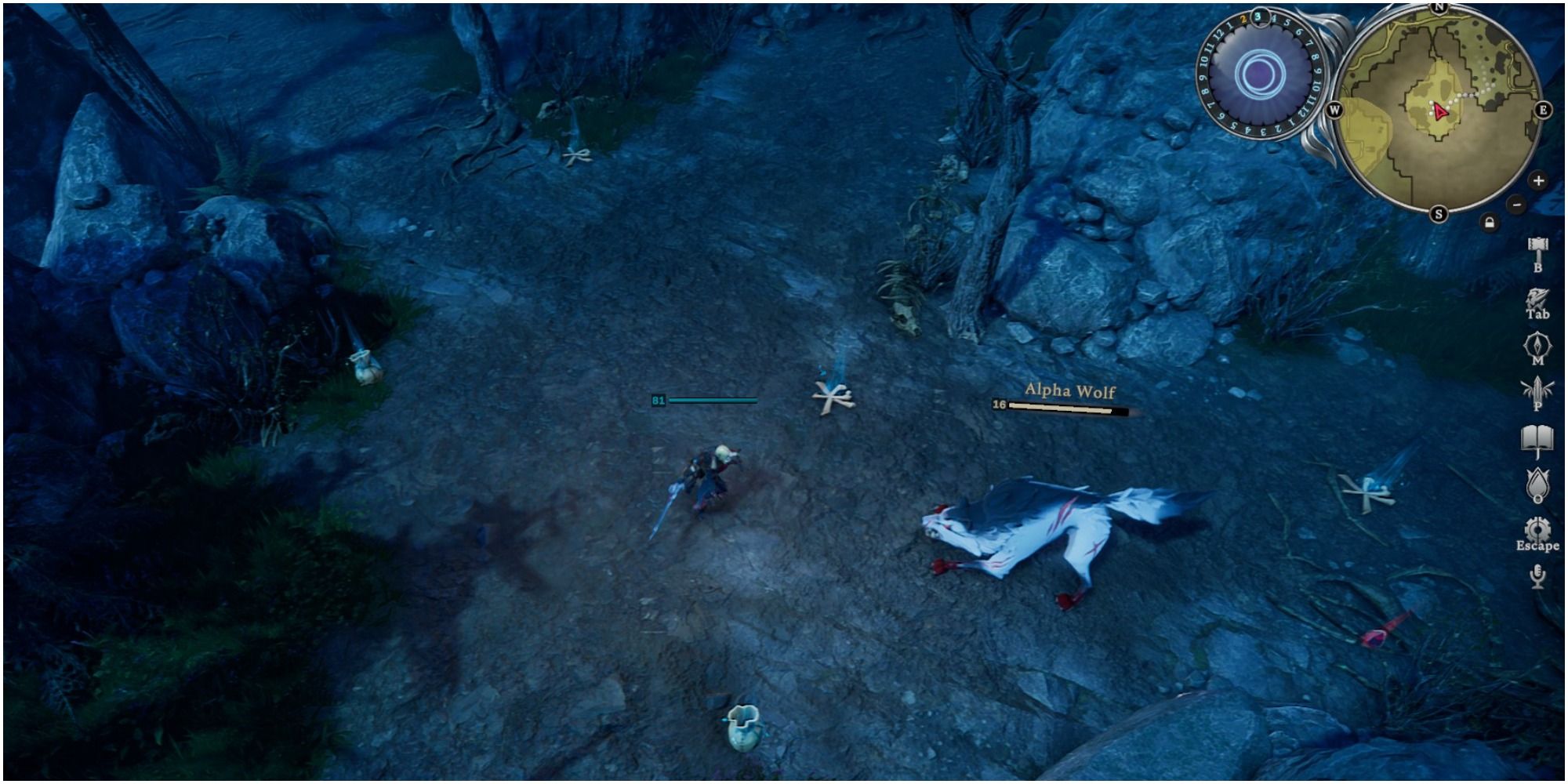 The Alpha Wolf only has a few attacks, and with the proper caution and gear level, he is a short and easy fight. His basic attack is a swift frontal claw or bite that will ramp up in frequency as his health depletes. Keep circling him and attack from either the rear or flank in order to dodge this ability. Alpha Wolf will howl and glow red upon beginning his bite/claw combo.

He will also perform a fast lunge forwards that will deal significant damage to you if you are poorly geared. Again, the best strategy is to keep circling him. Moving to the sides will allow you to never be hit by this ability and let you take advantage of his missed attacks. His lunge has a fairly long wind-up animation, so you should have plenty of time to dodge.

As with ALL bosses, make sure you are fighting them at night, so you don't have to deal with sun exposure.

Once Alpha Wolf loses a large amount of health, he will howl and summon two small wolves to aid him in combat. These function exactly the same as the normal wolf mobs, and you can either focus or AoE them down depending on your loadout.

A recommended build for taking him down is to use the Spear weapon. With a decent range, fast attacks, and bonus damage to creatures, this weapon is great for dealing with this first boss. 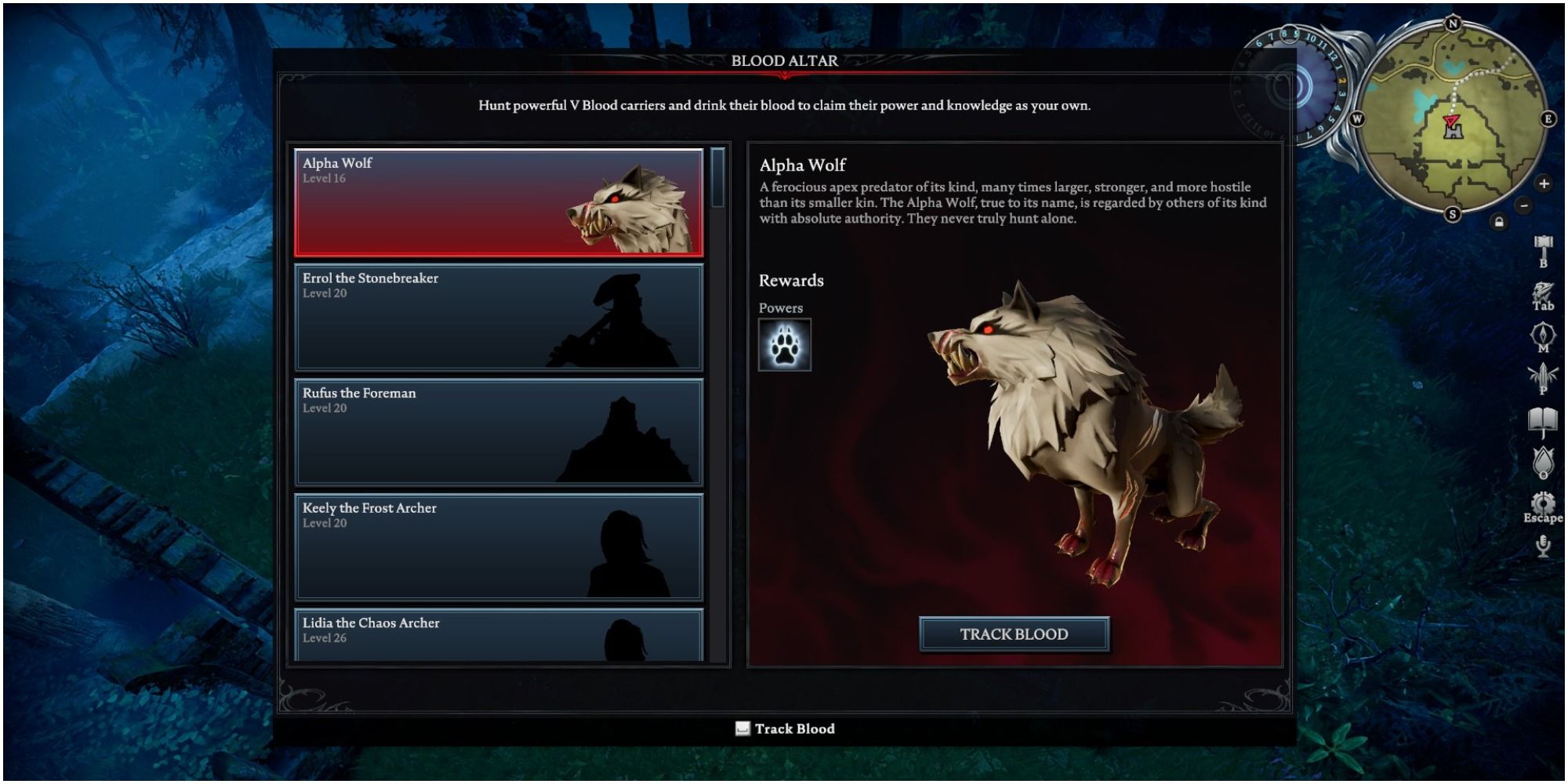 Upon defeating Alpha Wolf, hold the F key in order to extract his V Blood. He only provides one drop, which is the Wolf Form Vampire Power, which can be accessed by holding CTRL and hovering over the paw icon. Pressing J will let you customise your Vampire Power wheel.

This ability allows you to take on the form of a giant wolf and has a short wind-up animation. Once you have assumed your Wolf form, your movement speed will be increased by 45 percent but is broken by taking any damage or attacking.

While not a combat ability, this form is incredibly useful, and you will be making heavy use of it throughout the game. Before you find your first Horse, it is, by far, the fastest way to travel, as it can be used both indoors and outdoors. You will have to be careful to avoid taking damage, but the starting animation is easily short enough for you to change back even during combat.