Home » News » V Rising: How To Find And Defeat Ungora The Spider Queen

V Rising: How To Find And Defeat Ungora The Spider Queen 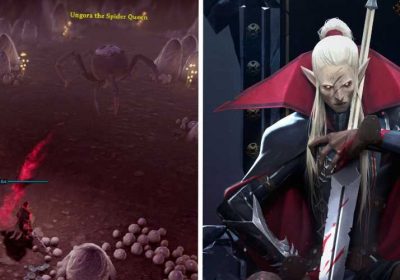 Because Ungora is a high-level boss, we recommend bringing strong weapons and armor. If you are playing on a server with others, it's a great idea to team up and take Ungora on together. Now, let's look at where you can find Ungora the Spider Queen in Vadoran. 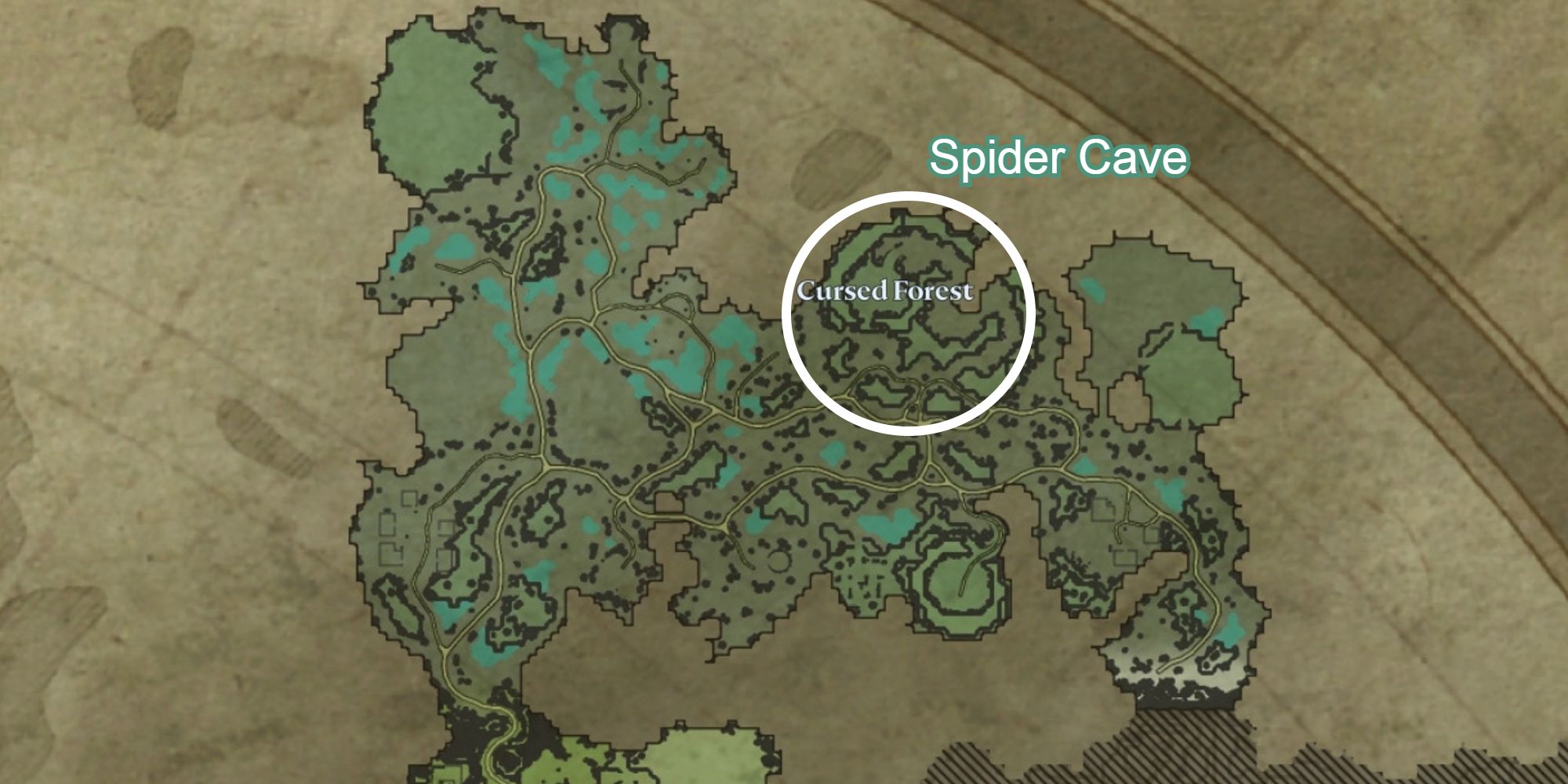 You can find Ungora deep within the Spider Cave in the Cursed Forest. In the image above, you can see the location highlighted on the map.

This location is fairly straightforward to get to, but you can also track Ungora with the Blood Altar, allowing you to find her more accurately.

As the name suggests, the Spider Cave will be filled with spiders, in addition to the queen herself. Prior to fighting Ungora, we recommend killing off the smaller spiders in the area. If you don't, they may become overwhelming during the battle.

Inside the cave, you will also be able to gather Silkworms and Scales, which are used in a variety of high-level crafted items.

Thankfully, this cave has a roof, which means you won't risk burning in the sun while fighting Ungora the Spider Queen. 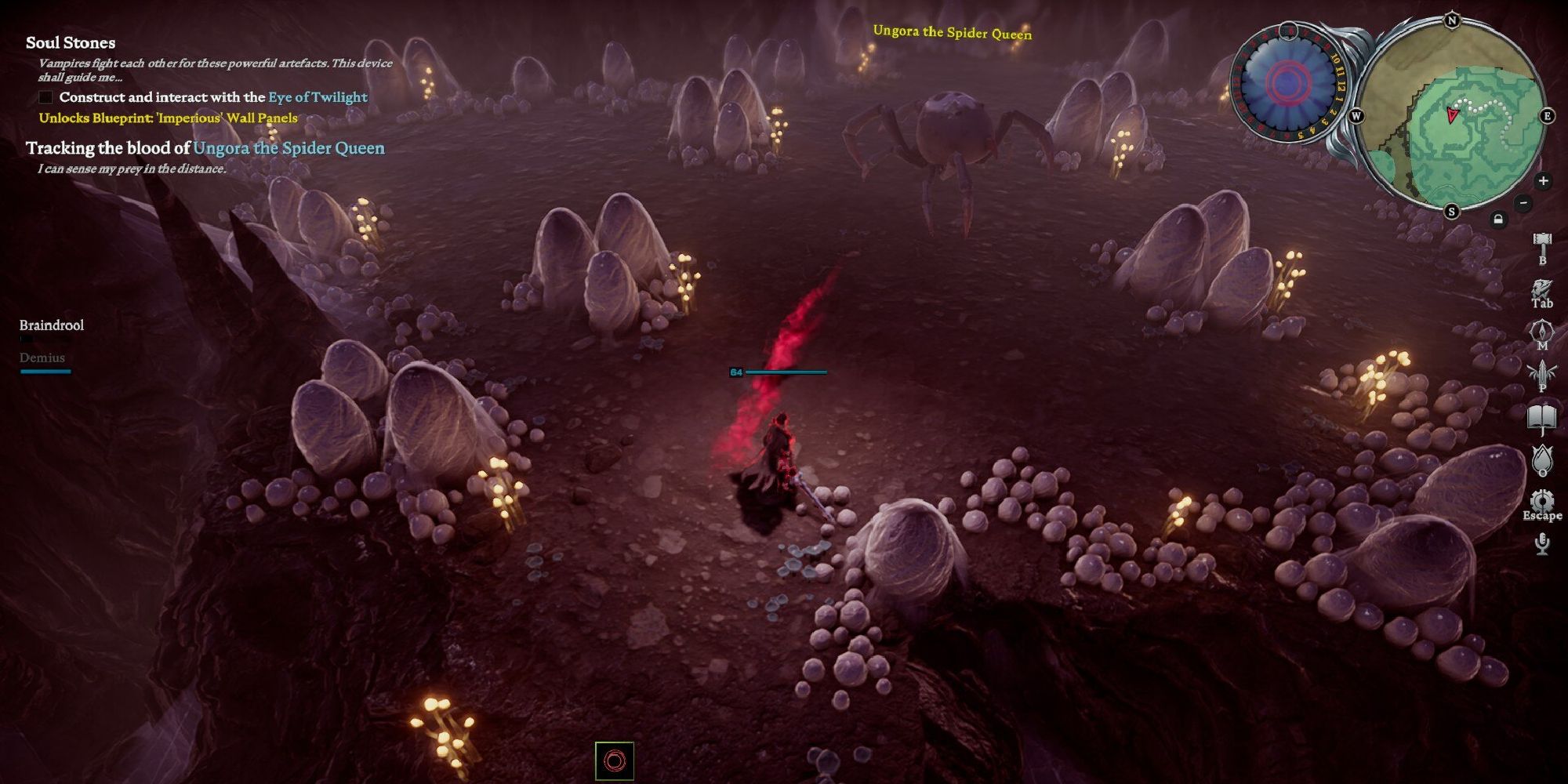 Ungora the Spider Queen is level 60, so you will want to have a total gear level of 60 or higher. If you have a lower gear score, you may struggle during the fight.

Now, let's take a look at some tips to help you defeat Ungora for the first time.

One of Ungora's main mechanics is to summon additional spiders to aid her. These tiny spiders aren't too dangerous alone, but they can easily gang up on you. Additionally, some of the spiders may explode.

You will want to take care of these summoned spiders as quickly as possible, so you can return all of your attention to Ungora.

Ungora has some strong melee attacks, as well as attacks that deal damage in an AoE around her.

To deal with this, we recommend using ranged attacks which allow you to keep at a safe distance. You can either use a ranged weapon like the crossbow or stick to ranged spells. Since the area doesn't have any sunlight, you can keep your distance and take as much time as you want.

Watch Out For Poison 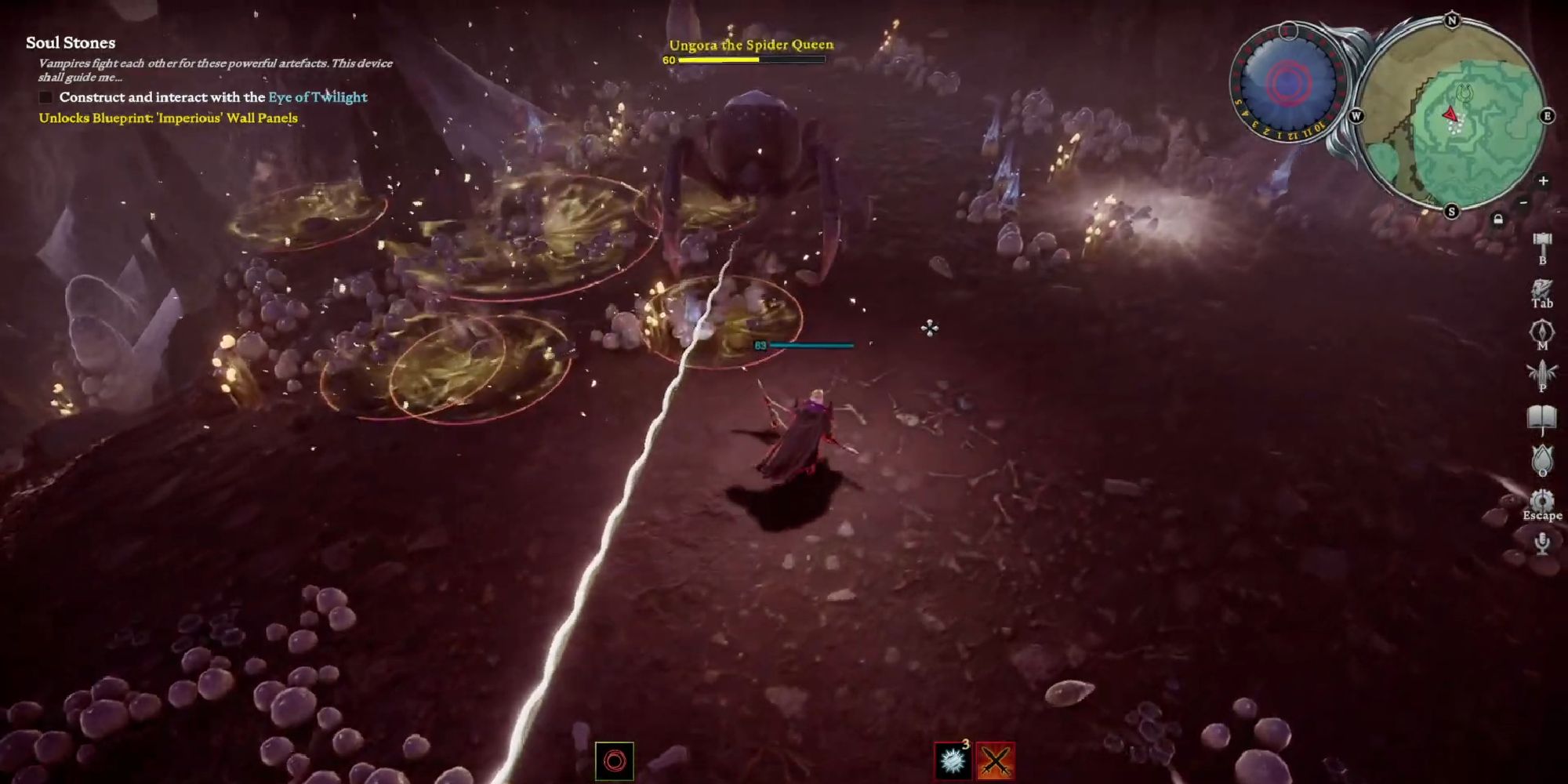 Ungora has the ability to poison you, which can be quite annoying, especially if you don't have much health to begin with.

There are currently no poison resistance potions in the game that you can take, but be sure to bring other HP-boosting potions. Below, you can check out a few potions that can be helpful during the fight.