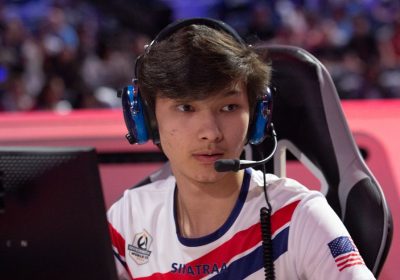 Pro Valorant player and former Overwatch League MVP Jay “sinatraa” Won has been suspended from the North American Valorant Champions Tour following allegations of sexual assault from a former partner. Won has also been suspended from Sentinels, his Valorant team, for the duration of the investigation.

“We are aware of the current situation regarding Jay Won (Sinatraa) and have launched an investigation,” Alex Francois, global head of competitive operations for Valorant at Riot Games, said on the Valorant Champions Tour Twitter account. “Per our existing competitive rules and investigative process, a decision has been made to suspend Won throughout the investigation and therefore he will not be able to compete this weekend.”

Sentinels has also suspended Won during its own internal investigation.

Prior to joining Sentinels to play Valorant, Won competed in the Overwatch League with the San Francisco Shock, where he was named “most valuable player” in 2019.

On Tuesday night, former partner Cleo Hernandez published a Google Doc outing her nine-month relationship with Won. Hernandez told Polygon they dated from March 2019 to January 2020. In the document, she alleged that Won repeatedly sexually assaulted her during their relationship, including multiple times where Hernandez asked Won to stop and he refused. Hernandez also included an audio recording she reported that was of her and Won, in which she can be heard saying “no” multiple times.

“It might be a year later but I’m still dealing with the damage he did to me every single day,” Hernandez wrote. “I’ve had to give up interests and loves in an attempt to not see his face or hear his voice. I’ve called sexual assault survivor hotlines countless times. Talked in anonymous groups for women who’ve been assaulted. Spent over a year of my life in therapy trying to heal myself and get back what he took from me. Had nightmares about it, countless nights where I lay in bed and wonder what I did to deserve what he did to me.”

Hernandez told Polygon neither organization has reached out to her yet. “I was scared and that’s why it took me so long to say something,” Hernandez said.

She also alleged “emotional abuse,” posting screenshots of text messages wherein Won is reportedly questioning Hernandez about her location based on her phone’s GPS.

Neither Won nor the Sentinels have responded to Polygon’s request for comment.

Update: This story has been updated to include comment from Hernandez.