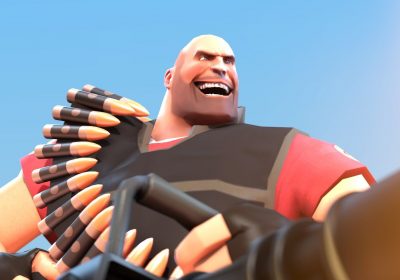 Following yesterday's #SaveTF2 campaign to bring attention to the bigoted and hacking bot problem that has been plaguing the game for over two years, Valve has finally commented.

"TF2 community, we hear you!" Valve opened. "We love this game know you do too. We see how large this issue has become and we are working to improve things."

However, Valve hasn't clarified exactly what it's doing, nor has it given a timeframe for when we can expect the botting problem to be fixed. Fans have been waiting for over two years with it finally reaching a boiling point this week as the community rallied to raise awareness through social media. Medic actor Robin Atkin Downes even penned a letter to Valve to ask about the issue which was passed on to the team.

YouTuber and Twitch streamer RTGame Daniel replied to the tweet, "Thanks for acknowledging the outcry, but these issues have been reported for years and met with complete silence. How can we have faith that they're now being addressed? What should we expect to see you do after all this time?"

Valve has not commented or replied since it shared its tweet. However, interestingly, this is the first time that the official TF2 Twitter account has posted since July 2020, with the last post being a retweet of a Valve tweet. Perhaps this will open the door to more clarity and communication directly with fans, but not everyone is holding their breath—TF2 has a very small team with rumours that it's made up of only four people, while Valve officially stated in 2019 that "hardly anyone" is working on the game.

Some commenters are hoping that Valve will reallocate assets to bolster the current TF2 team, helping them to combat the problem, but again, Valve has not said exactly what it's going to do.