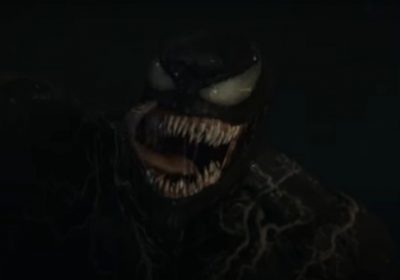 Venom 2’s new trailer didn’t only give fans a better look at Carnage. It also teased the arrival of a new symbiote, Toxin.

After a number of delays, just like every other movie slated for release at any point since March of last year, Venom: Let There Be Carnage will hit theaters later this year. September 24, 2021, to be exact. A new trailer for the Venom sequel dropped earlier this week featuring a better look at Woody Harrelson as Carnage and some comic relief from Venom.

Venom 2 director Andy Serkis sat down with IGN for a full breakdown of the trailer. One of the more interesting points from the breakdown included the reveal that another symbiote host was featured prominently. An unnamed police officer played by Stephen Graham. Well, unnamed until Serkis revealed Graham is playing Detective Mulligan, a Marvel character readers of the Venom comics will be familiar with.

In the comic book world, Mulligan hosts a symbiote named Toxin, which is yet to make an appearance in Sony’s cinematic universe. Toxin is spawned by Carnage, a scene that will surely push for that R rating should it happen. However, the newer symbiote is even stronger than Carnage, and bonds with Eddie Brock at one point during the Venom story.

While Serkis confirmed who Mulligan is, seemingly opening the door for Toxin’s arrival, there was no mention of the symbiote making an appearance in Venom 2. Harrelson’s Carnage will be the primary antagonist having been first introduced and built to via his appearance during the first movie’s credits. If Toxin is going to feature, odds are it will be little more than a credits scene for the time being.

The Marvel waters are about to become very muddied but also pretty exciting over the course of the next few years. Other than the new agreement between Disney and Sony over the continued use of Spider-Man, its unclear how or if the two companies will continue to work together. If there is a deal in place, it could mean characters like Venom, Carnage, and Toxin should he arrive show up in the MCU. The inclusion of a Daily Bugle logo from the original Spidey movies seems to suggest something is up on that front.