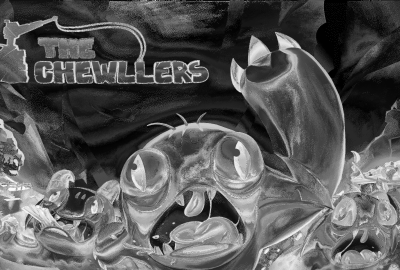 The Chewllers is a new cooperative tower defense shooter for VR, coming to Quest, PSVR and PC VR soon.

Developer Animatron X revealed the game at the Upload VR Showcase today with an in-depth overview that you can see below.

In The Chewllers, up to four players team up to defend a single platform from hordes of the titular beasts, which look like cutesy little goblins. Players select different weapons to take into battle and, between the action, can return to upgrade their gear and repair the tower using resources they’ve gathered in combat.

The trailer also shows different enemy types, like Chewllers riding in by air or carrying big weapons, and there also look to be boss battles with bigger monsters. The game boasts a wonderfully vibrant art style with plenty of details to spot in the environments. Wave-based shooters are nothing new to VR of course, but we’re hoping The Chewllers’ cooperative focus and progression systems give us an engaging title to wade into. If you liked recently releases like Captain Toonhead, it’ll definitely be one to check out next year.

The Chewllers is due to launch on Quest in spring 2022, with the PSVR and PC VR versions following at a later date, though no specific release dates yet. We’ll keep you updated on the latest on the game as it nears launch.

Make sure to stay tuned to the Upload VR Showcase, as we’ll have plenty of new announcements and reveals throughout the show.