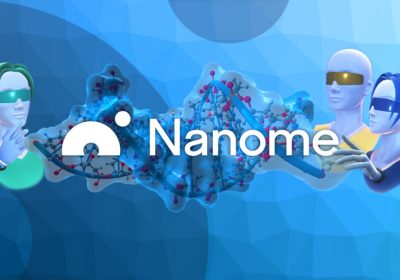 Teams looking for ways to collaborate through virtual reality (VR) have got an abundance of apps available like Glue, Spatial, Hubs, and Vive XR Suite to name a few. When it comes to specialised scientific research there’s Nanome, which has just announced the closure of a successful funding round raising $3 million USD.

Led by Bullpen Capital, the round also featured participation from Oculus co-founder Michael Antonov’s Formic Ventures as well as other angel investors. Nanome’s VR platform has been available since 2018 via the Oculus Store and Steam with the new funds going towards expanding its team and developing new partnerships.

“Since our founding, we’ve had a compelling vision about what scientific collaboration should look like and a goal to equip our real-life superheroes — scientists who are discovering ways to combat disease, address climate change and improve people’s lives — with an intuitive virtual interface where they can experiment, design and learn at the nanoscale,” said Steve McCloskey, Nanome CEO and Founder in a statement. “We made huge strides toward realizing that vision in 2020, and this funding gives us firepower to increase our impact, support more research initiatives and continue to revolutionize biotech and scientific research.”

Initially starting as a visualization tool to facilitate R&D by medicinal and computational chemists and structural biologists, Nanome has grown as an open platform for virtual collaboration. During the pandemic organisations have used Nanome’s platform “to assess candidate molecules’ ability to bind viral proteins in 3D,” the company notes.

“Nanome is reimagining the way we interact with science at a time when innovation in collaboration is more important than ever before,” said Ann Lai, General Partner at Bullpen Capital. “I experienced first-hand Nanome’s virtual-reality-based technology in 2018 and I immediately recognized how their platform could fundamentally impact the way we ‘do science.’ We’re excited to be a part of Nanome’s team for this landscaping changing journey.”

Nanome is free for personal use on both aforementioned digital stores, supporting Oculus Rift, HTC Vive and Valve Index headsets. For academic or commercial use there are various licensing structures. As Nanome continues to expand it platform, VRFocus will let you know.