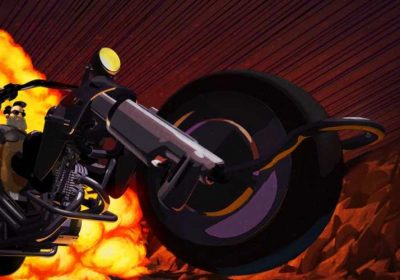 British filmmaker Duncan Jones is putting his dreams in the hands of his fans and followers. The Warcraft director has asked fans to let Walt Disney Studios know that he is willing and ready to make a movie based on the classic LucasArts game Full Throttle.

Earlier this week, Jones tweeted out to his followers and asked them to tell Disney Studios “how much you’d love them to make Full Throttle for Disney+”. He added that he would be very appreciative if this could happen and in the world of Kickstarter and fan petitions, it is certainly a possibility. Based on the excited comments on the tweet, Jones is not the only one eager to see this film come to life.

For those unfamiliar with Full Throttle, the title was released back in 1995 from the minds of Tim Schafer and Dave Grossman. It is an action-adventure game that follows the leader of a biker gang who is framed for murder and must clear his name. The game is considered a classic and was remastered for PlayStation 4 and Xbox One in 2017.

This is not the first time that Jones has shown an interest in creating a Full Throttle movie. Back in January of last year, he shared that during Covid whenever he suffered from writer’s block, he would move on to another passion project. After seeing game designer Tim Schafer tweet out a conceptual video of Full Throttle re-imagined he began working on a script for a feature film based on the game. Thus, a fan script was born, and a goal was set. Jones shared the script on Twitter, and anyone interested can see what a Full Throttle film from the director may look like one day.

Of course, Jones is no stranger to making films from video games. Back in 2016, he directed the not-so-well-received Warcraft film. While the film was plagued with negative reviews, it was a commercial success becoming the highest-grossing film based on a video game. Currently, Jones is hard at work on a film adaptation of Rogue Trooper, a British comic strip that spawned several video games.