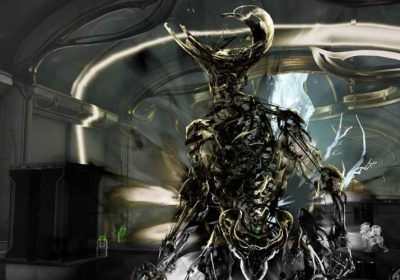 The Lua's Prey update for Warframe added the Conjunction Survival game type to Lua, a twist on the fan-favorite endless game type. Fight your way across the gilded moon and gain access to powerful Void Tear buffs, Lua Thrax Plasms, and earn parts to craft the Voruna Warframe.

Conjunction Survival can be a serious test of your build if you just unlocked this mode. Fortunately, some of this mode's unique mechanics give you an edge and allow you to better target-farm items you're interested in. This guide will cover how to unlock Conjunction Survival, showcase notable differences from standard Survival, and we'll cover all the rewards you can expect by playing this game type.

How To Unlock Conjunction Survival 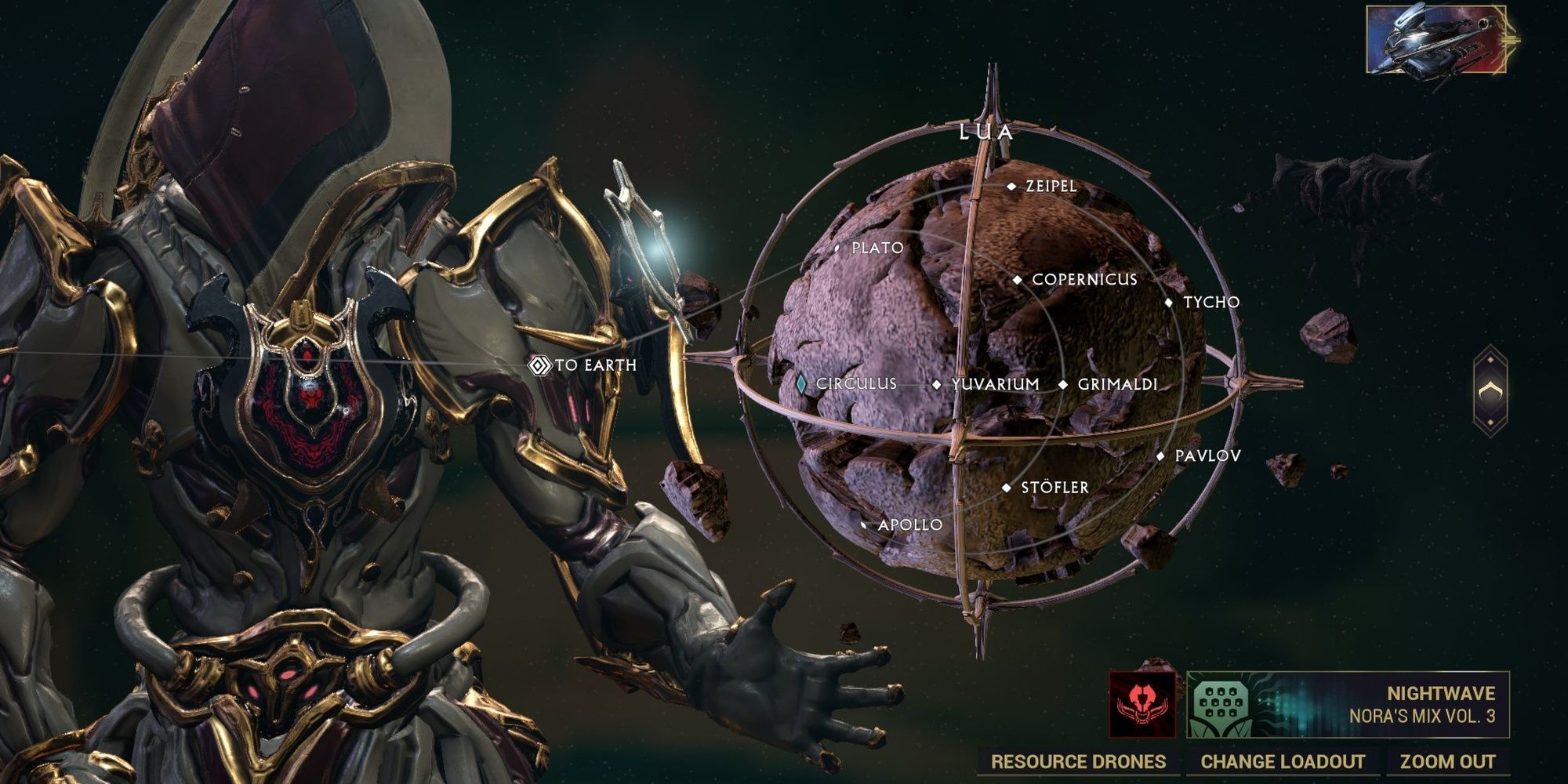 Conjunction Survival is unlocked upon completing "The War Within" quest. Once complete, visit Lua on your Star Chart to find two new nodes: Yuvarium (Level 25-30) and Circulus (Level 80-100). Each node features the same game type but has different drop tables (explained later). 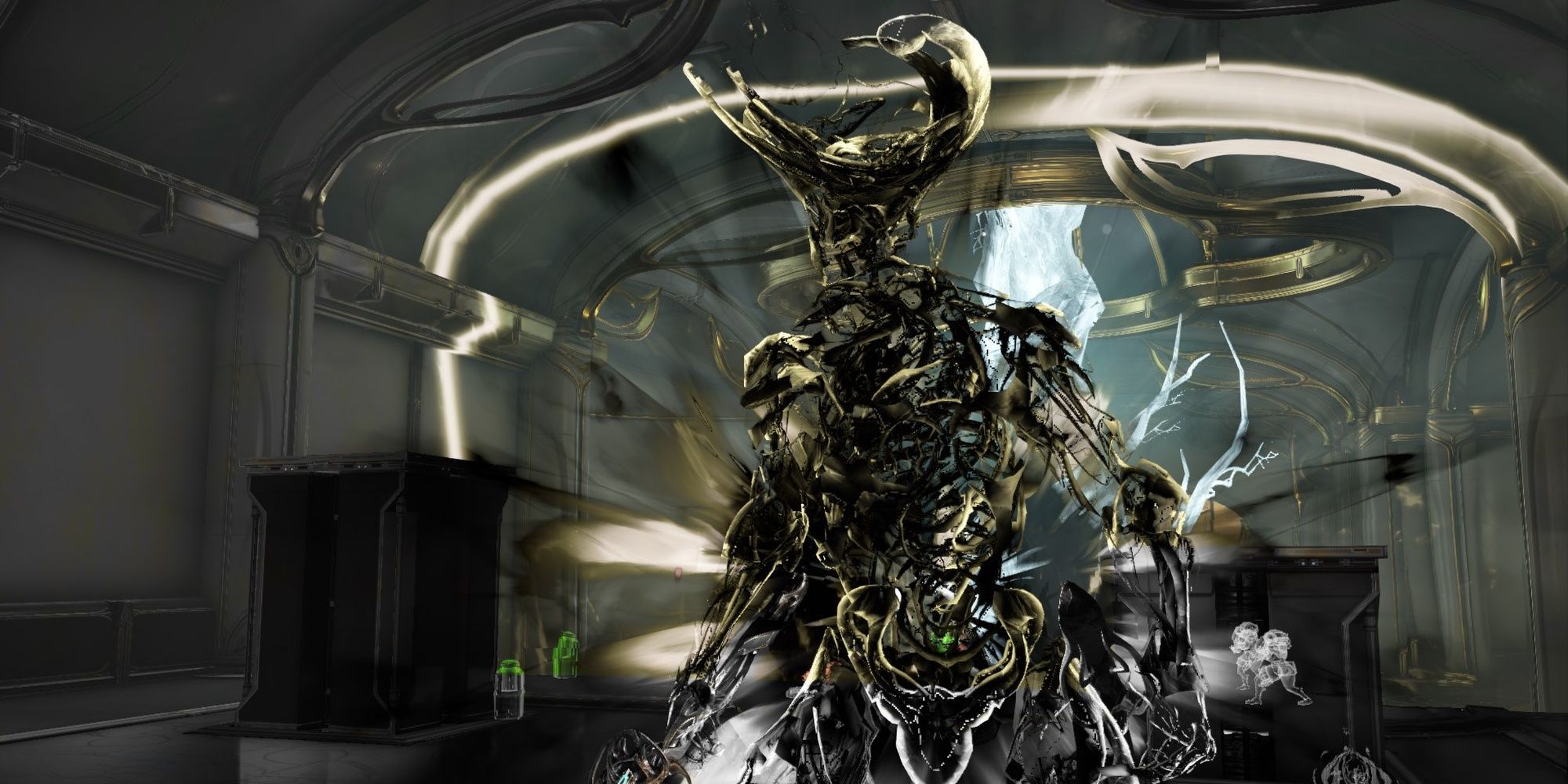 Conjunction Survival is quite similar to your typical Survival mission. Players must maintain their life support levels by defeating enemies to stay alive. The Lotus will spawn life support capsules that refill 30% of your life support every 90 seconds, up to a cap of eight dormant capsules simultaneously. Once your life support is empty, you'll be forced to extract. Rewards spawn every five minutes in the following rotation: A, A, B, C.

The notable difference with Conjunction Survival is the presence of Void Tears. One section of the map will contain a Lone Guardian, an invincible NPC that wanders toward any dormant life support capsules. This fallen Dax soldier projects a monochromatic aura in a small radius, buffing your Warframe with +100% Ability Strength and +50% Casting Speed while inside the aura. This effect persists for five seconds if you leave this field. 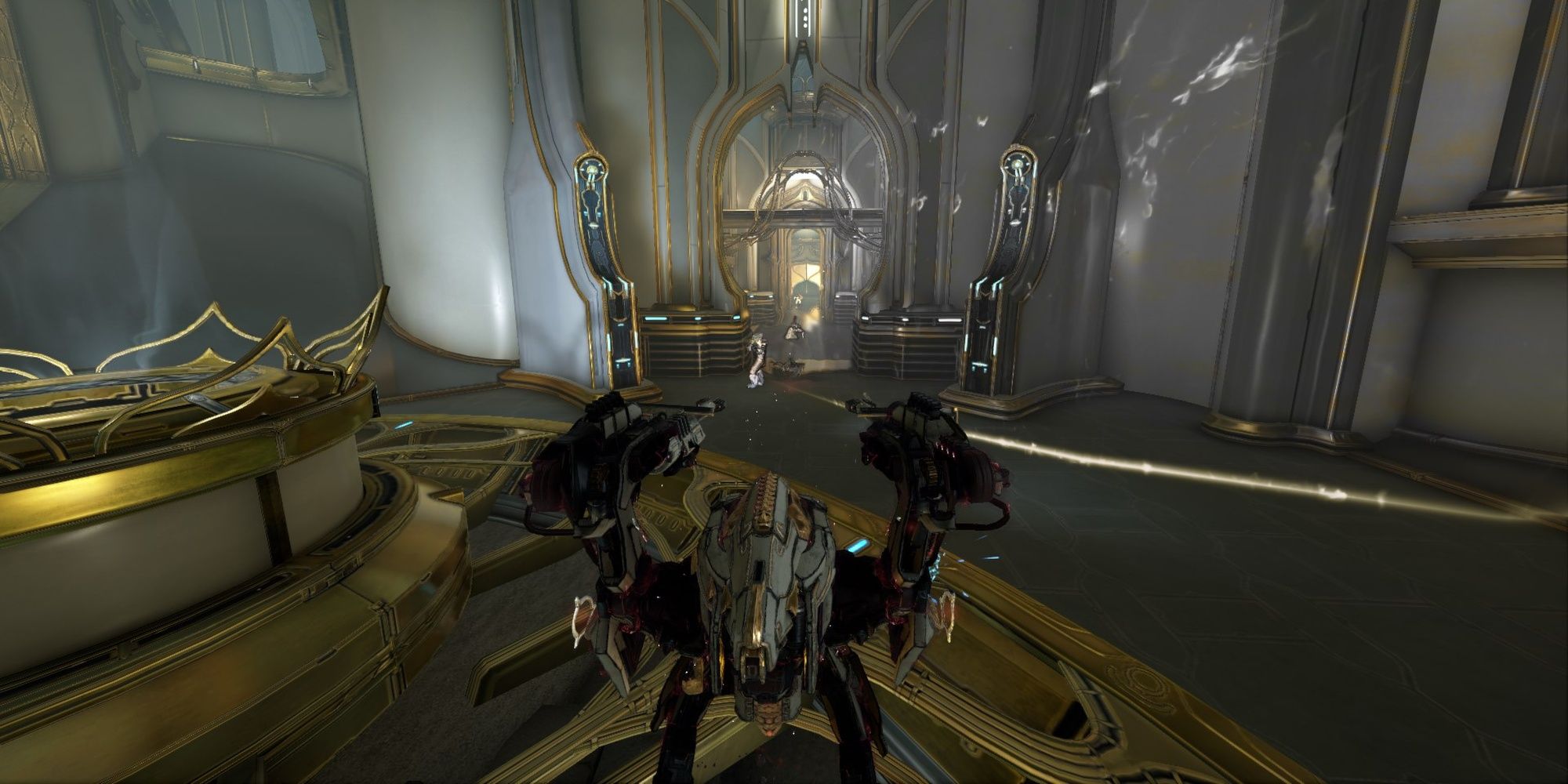 Conjunction Survival allows you to summon Necramechs, massive vehicles which are obtained from Deimos. Necramechs may be used for up to two minutes before triggering a ten-minute cooldown timer. Use your Necramech to make short work of Thrax units and Sentients.

Every five minutes that pass will spawn multiple Thrax enemies, Void/Grineer hybrid enemies that increase life support usage by 50%. Unlike the Zariman variants, Thrax enemies in Conjunction Survival do not need to be slain with your Operator's Amp; they'll die when you drop their physical form's HP to zero. Defeating a Thrax rewards Lua Thrax Plasm, a currency you can exchange for specific drops. 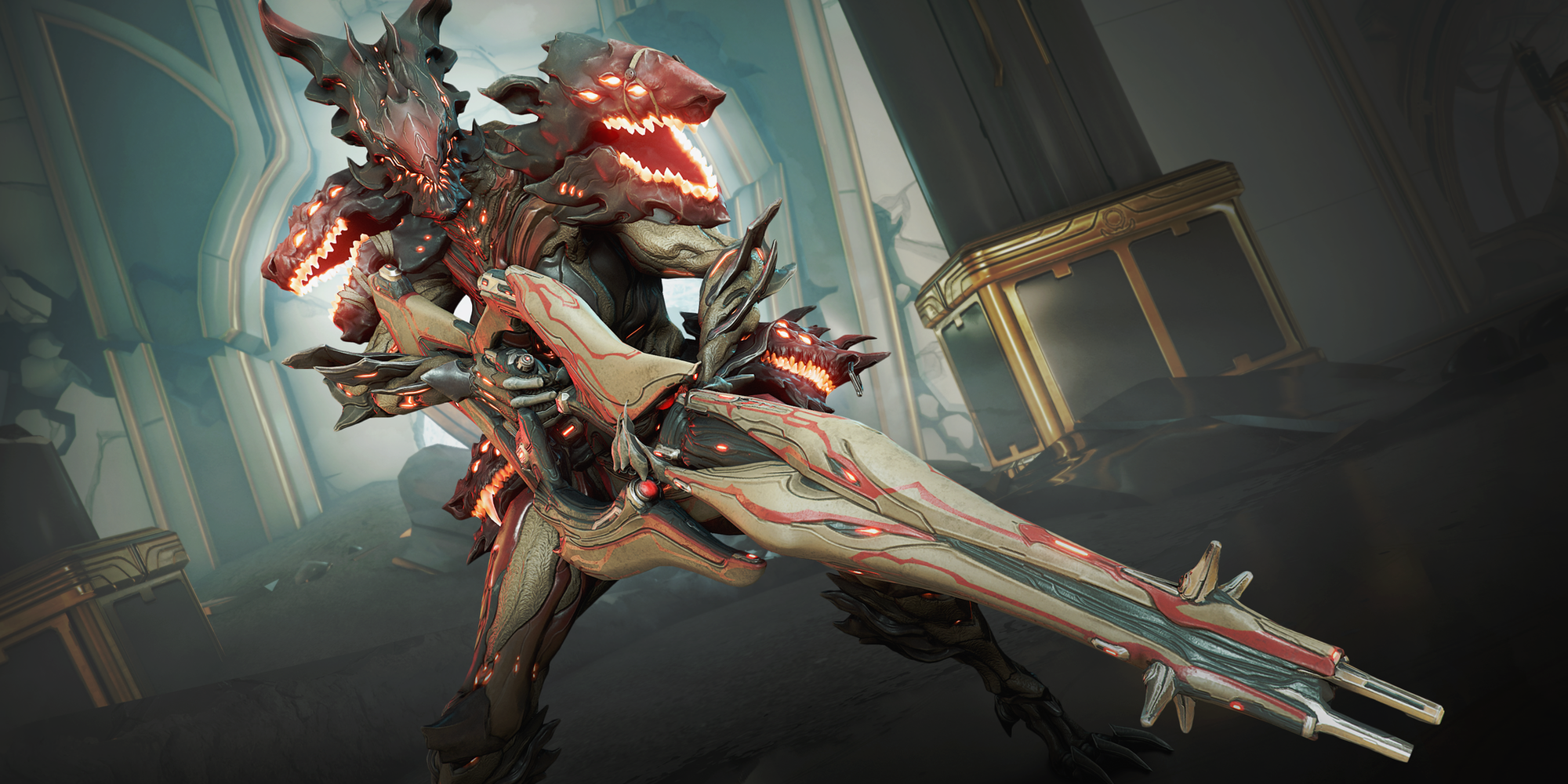 Unlike most game types, Conjunction Survival features both random and deterministic rewards. Every reward rotation in Conjunction Survival has a small pool of rewards as you'd expect, but the Thrax enemies in this game type drop a currency type you can exchange for specific drops. If you're struggling to get a specific Voruna part, you can simply buy it with any spare Lua Thrax Plasms you've found. 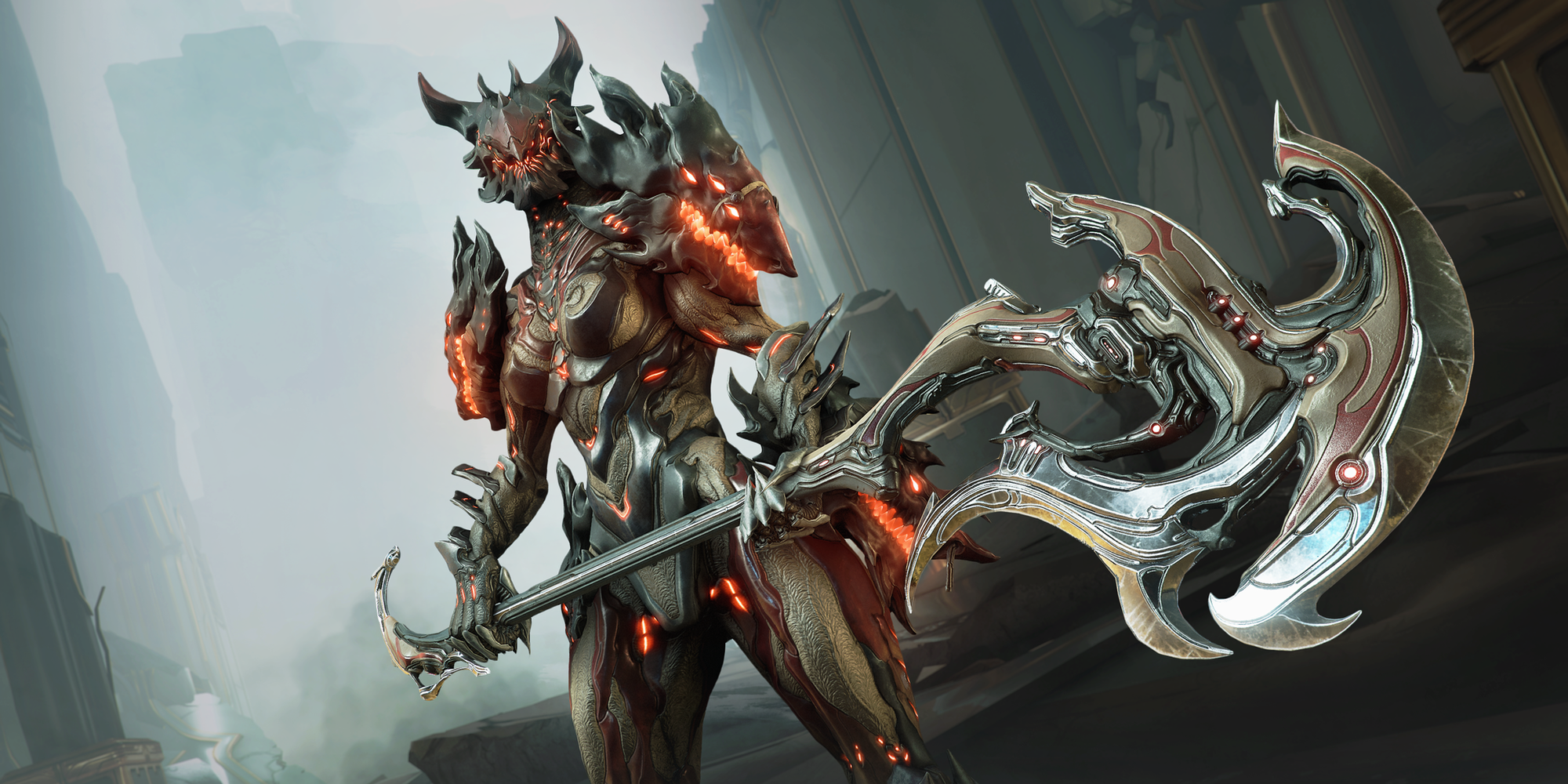 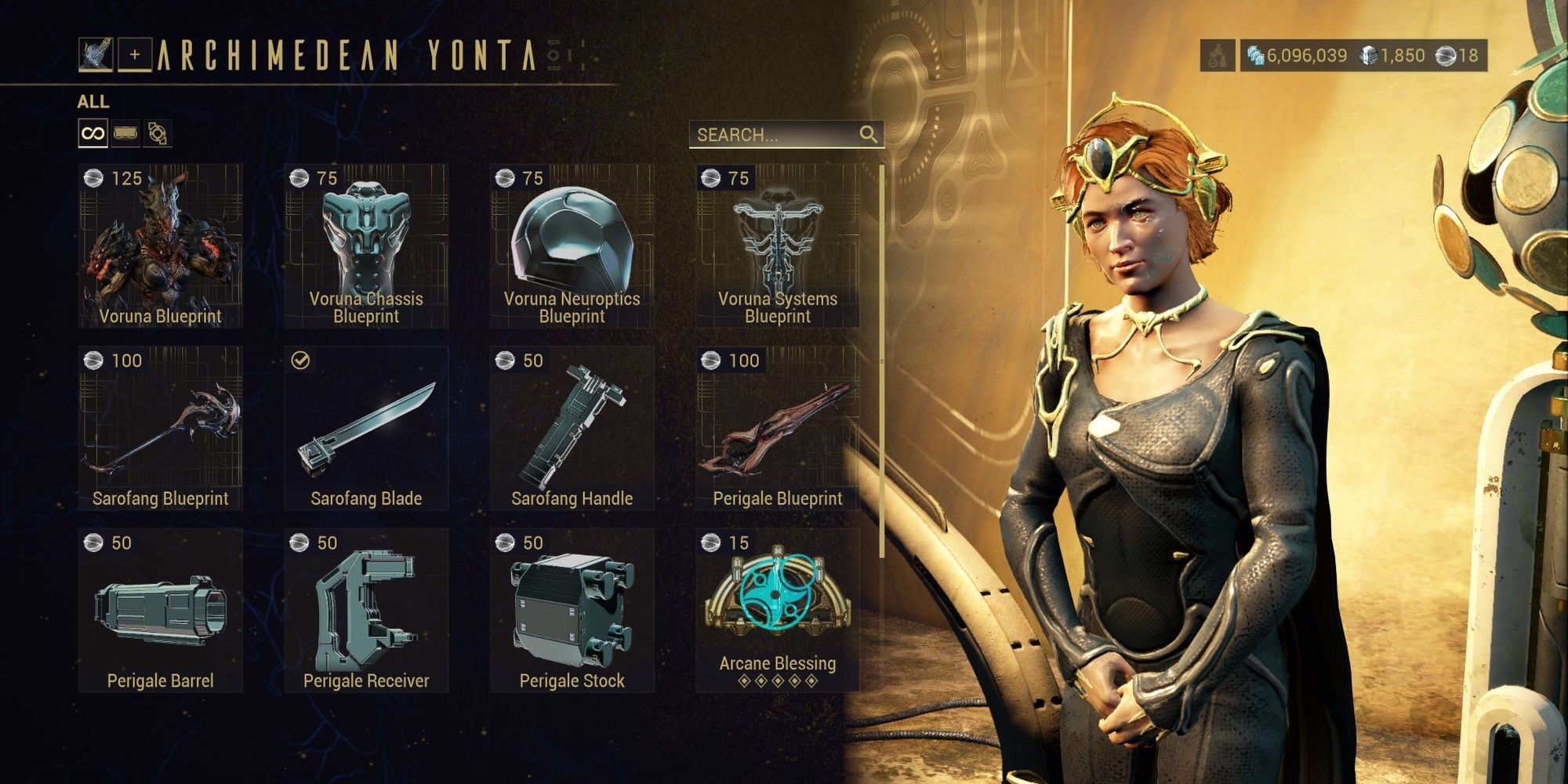 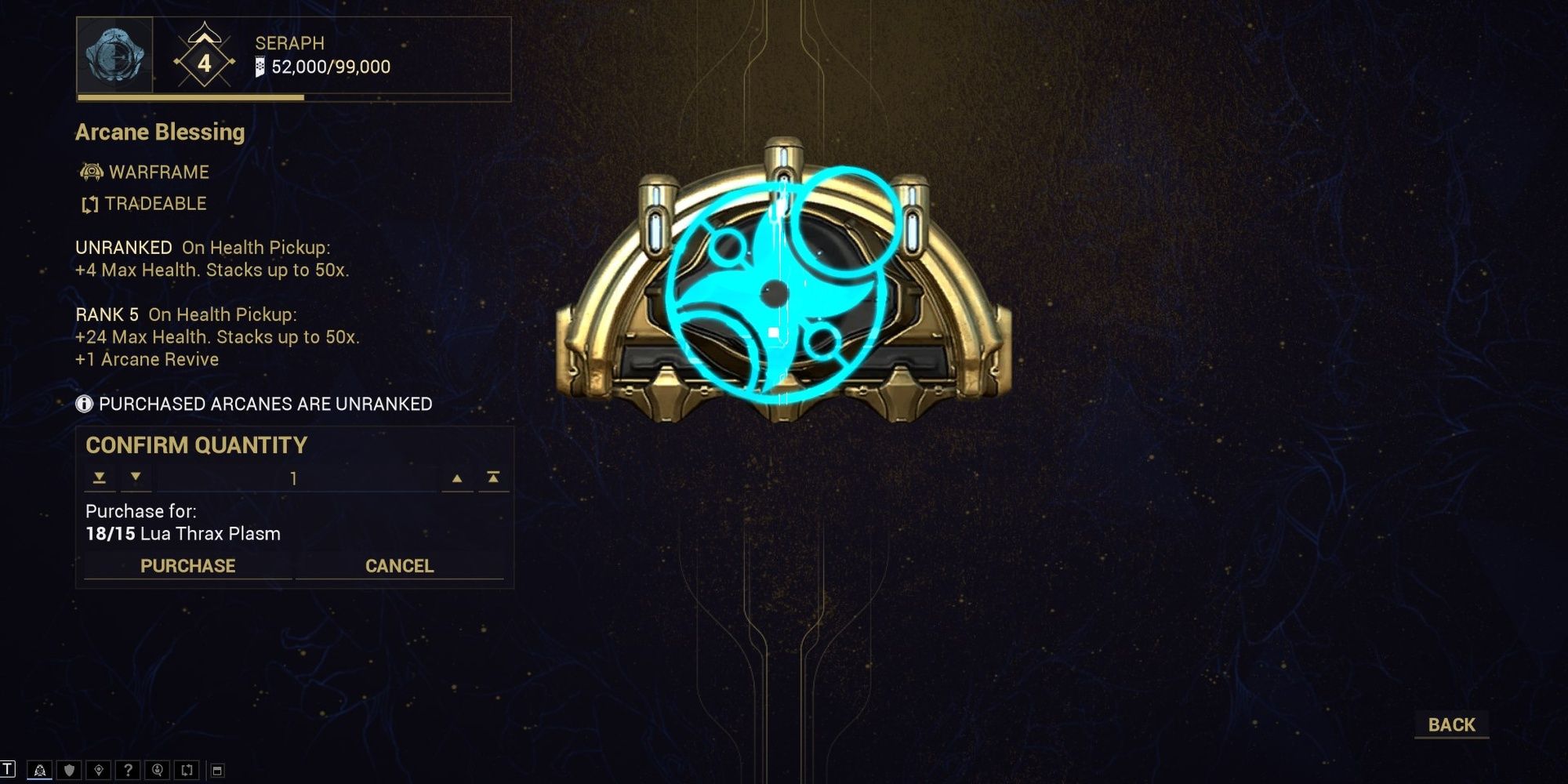 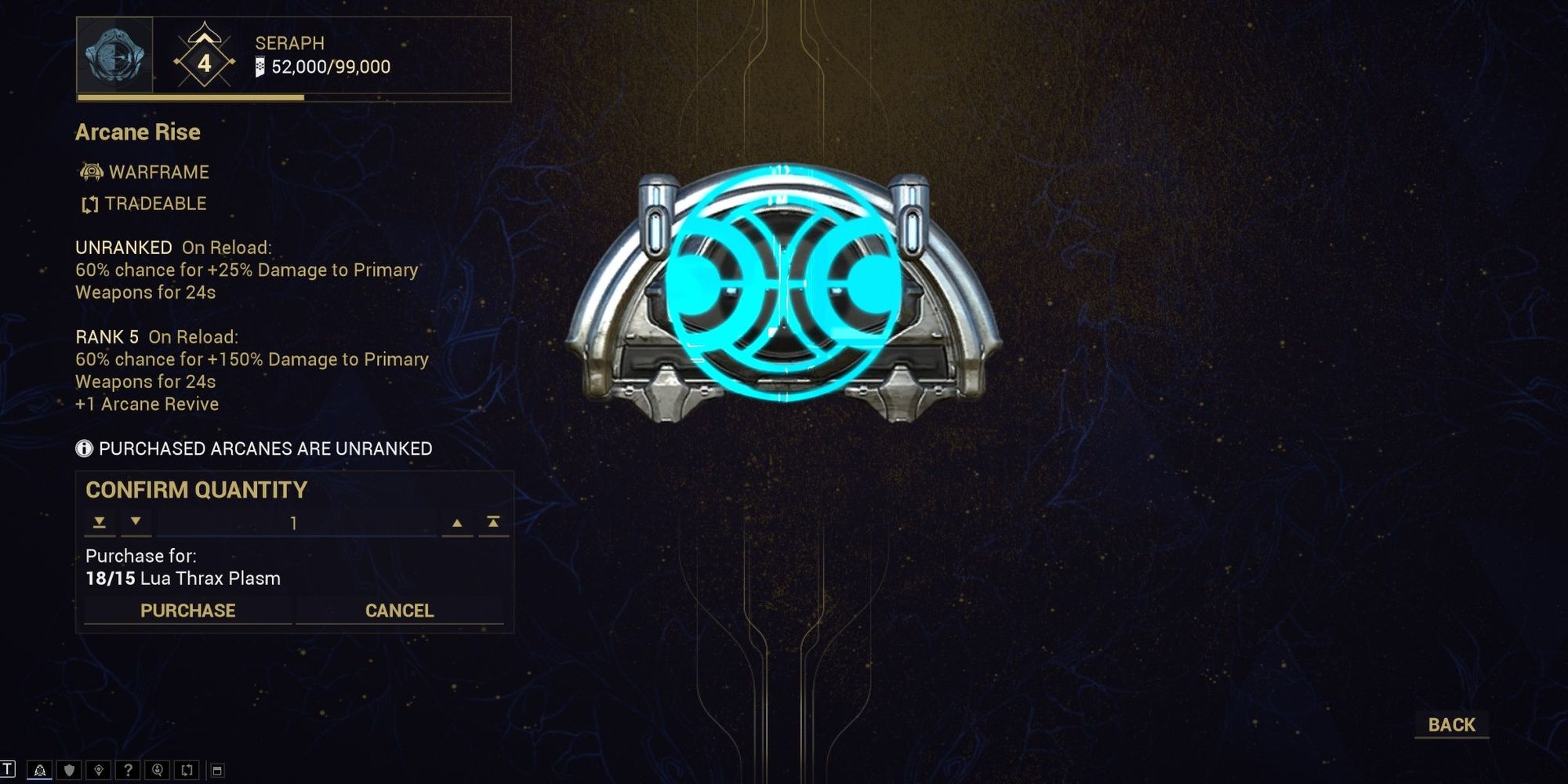 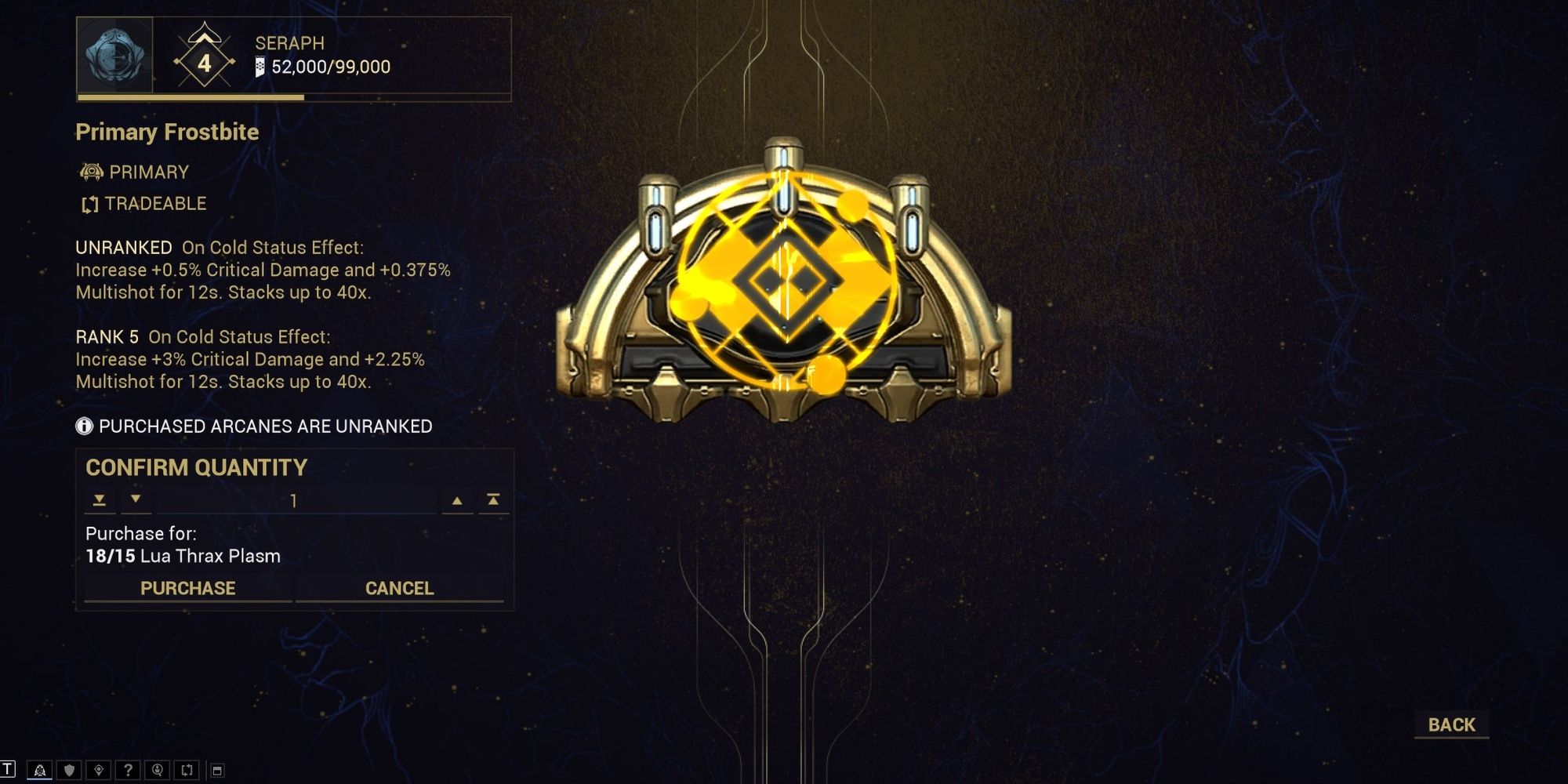 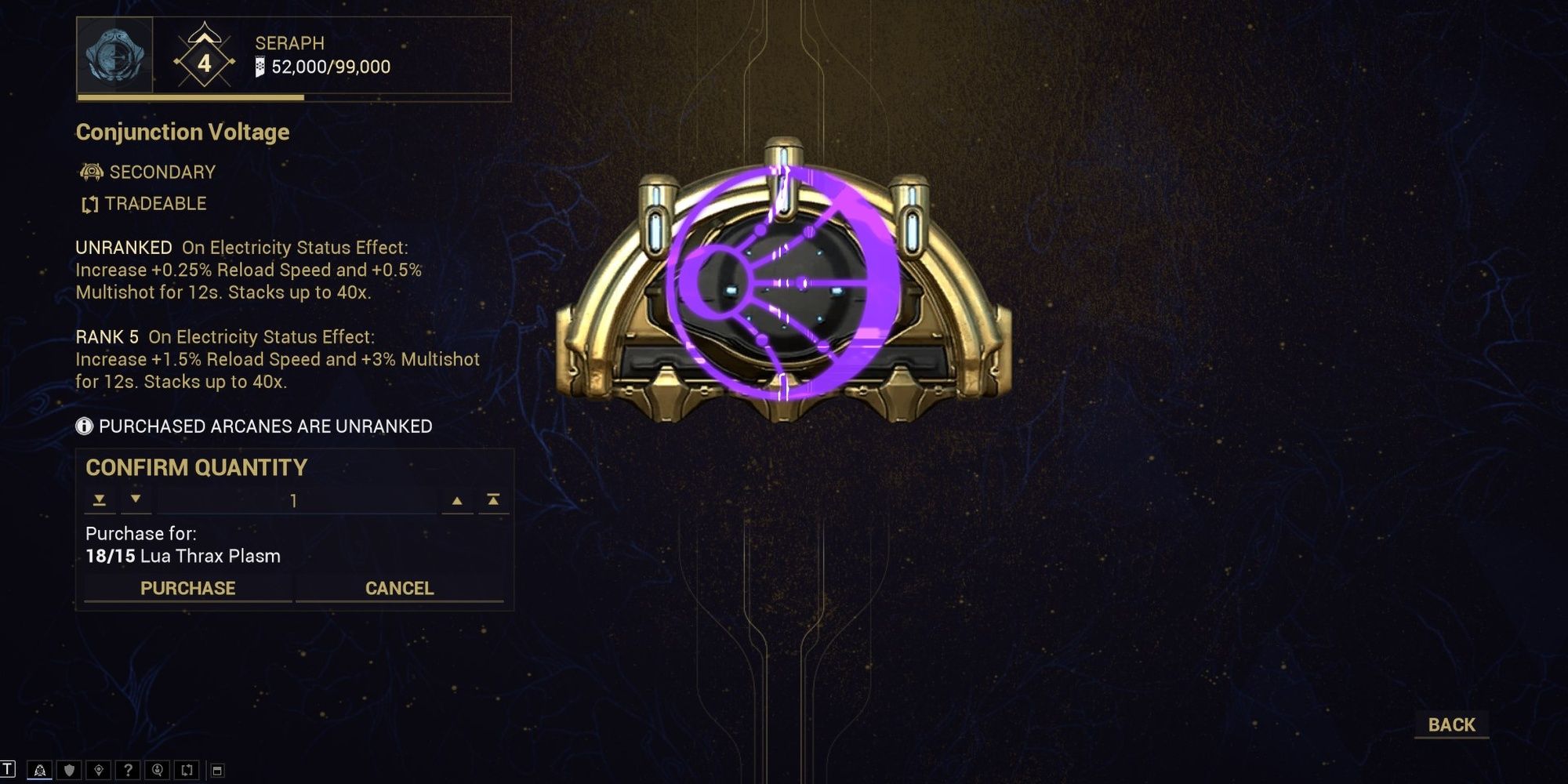 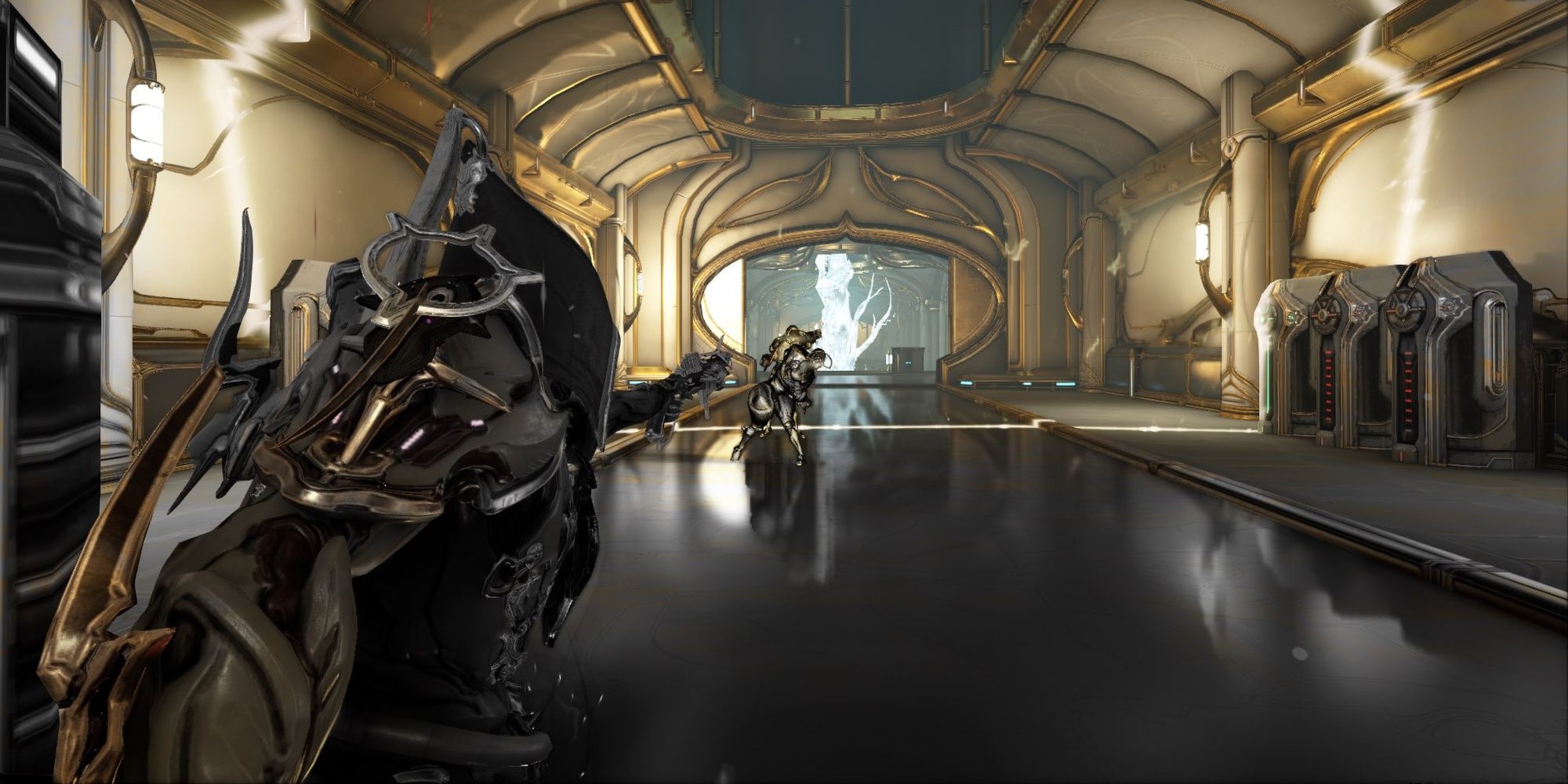