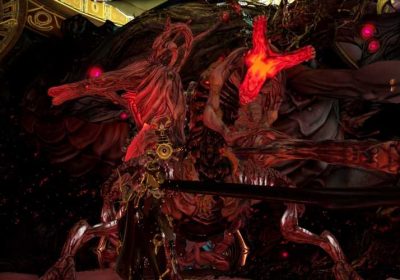 Warframe's Lephantis boss fight is one of the toughest enemies you'll face, especially on Steel Path. This ancient Infested enemy is absurdly tanky, deals a ton of damage at higher levels, and highly encourages you to bring Warframes with slow debuffs or damage buffs.

If you can defeat Lephantis, you'll get your hands on Nekros, an invaluable Warframe for loot farms. This guide will cover how the Lephantis fight works, its weaknesses, and we'll cover how to bypass Lephantis' damage attenuation mechanic to make Sorties and Steel Path encounters with this boss much easier. 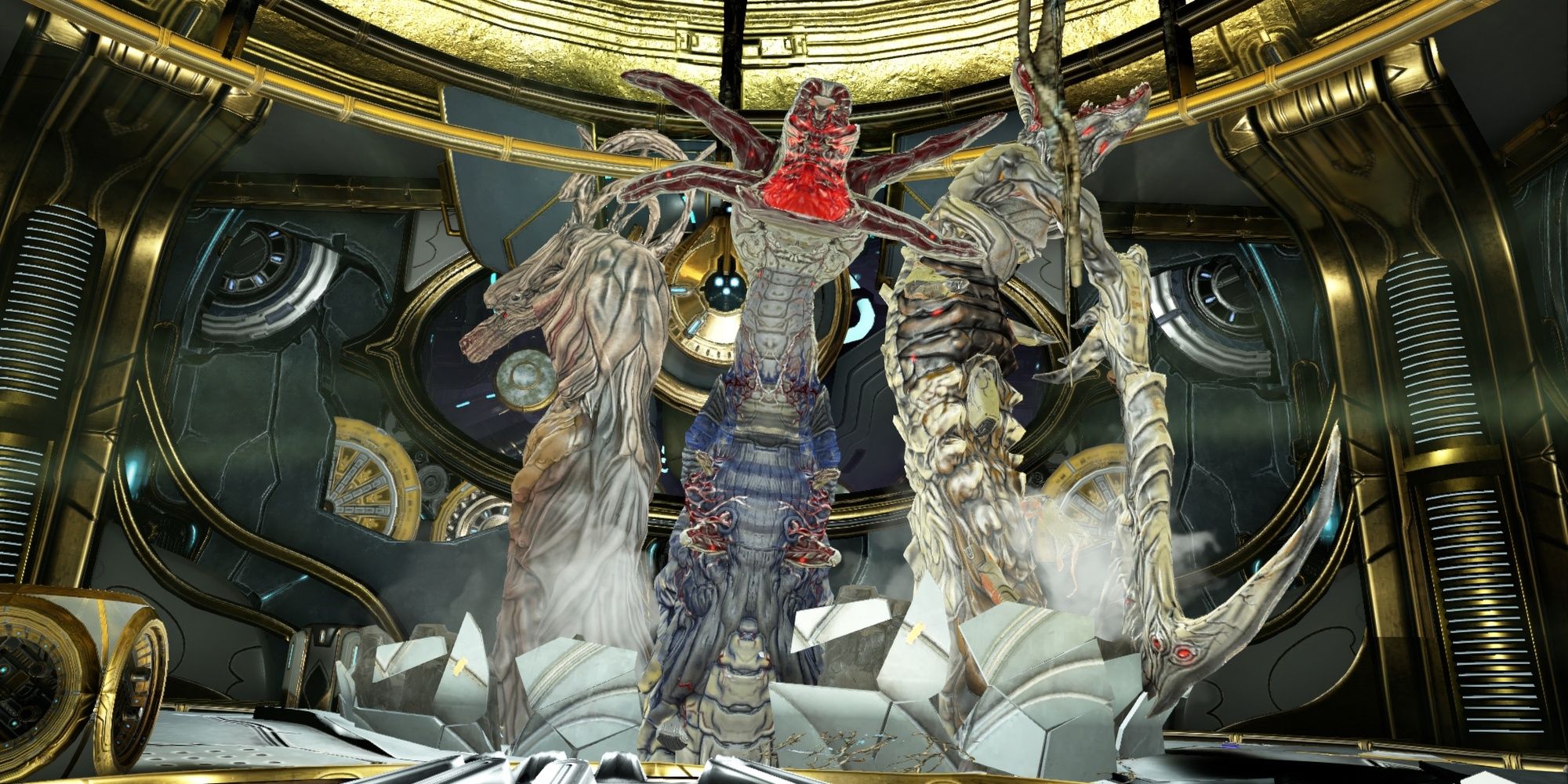 Lephantis is a three-headed Infested boss that can be found on Deimos. This fight is broken up into two phases. In the first phase, players will fight against three heads independently. The second phase requires you to destroy all three heads at once.

Lephantis has a form of damage attenuation enabled, intrinsic damage resistance against your attacks, and is immune to status effects. Damage attenuation is a mechanic that increases the enemy's resistance to your attacks as you deal damage. The more damage you deal, the less damage the boss will take. This mechanic resets if you stop damaging the boss for a few seconds. Alternatively, you can bypass this mechanic entirely by using weapons with high multishot and critical values, as explained towards the end of the guide. 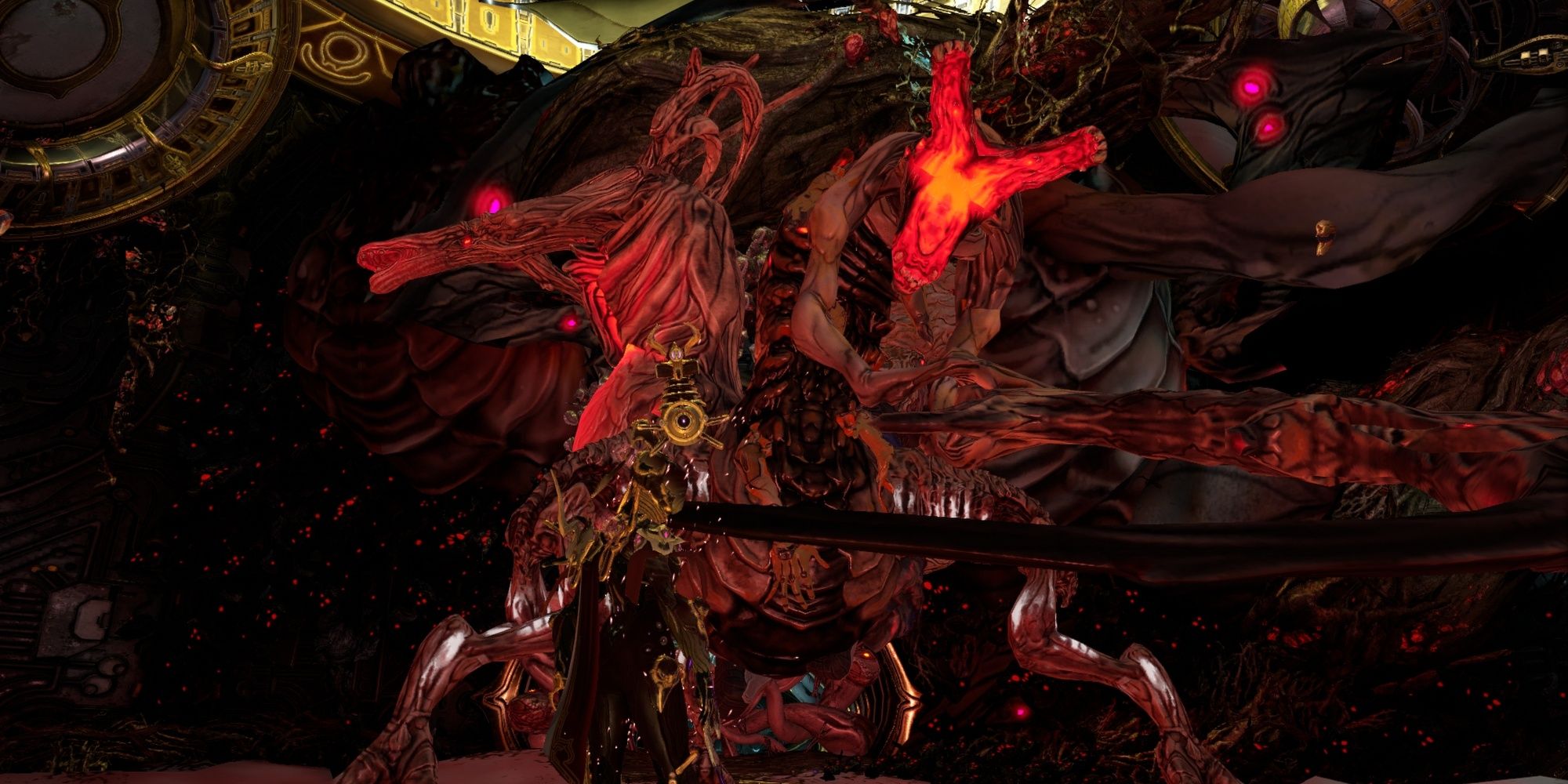 The Lephantis fight is broken up into two phases, both of which require you to destroy the heads that make up Lephantis itself. Before you enter the boss arena, stock up on Energy and ammo. If you're attempting this fight on Steel Path or in a Sortie, kill a few trash mobs to trigger your Galvanized mods and Weapon Arcane effects. 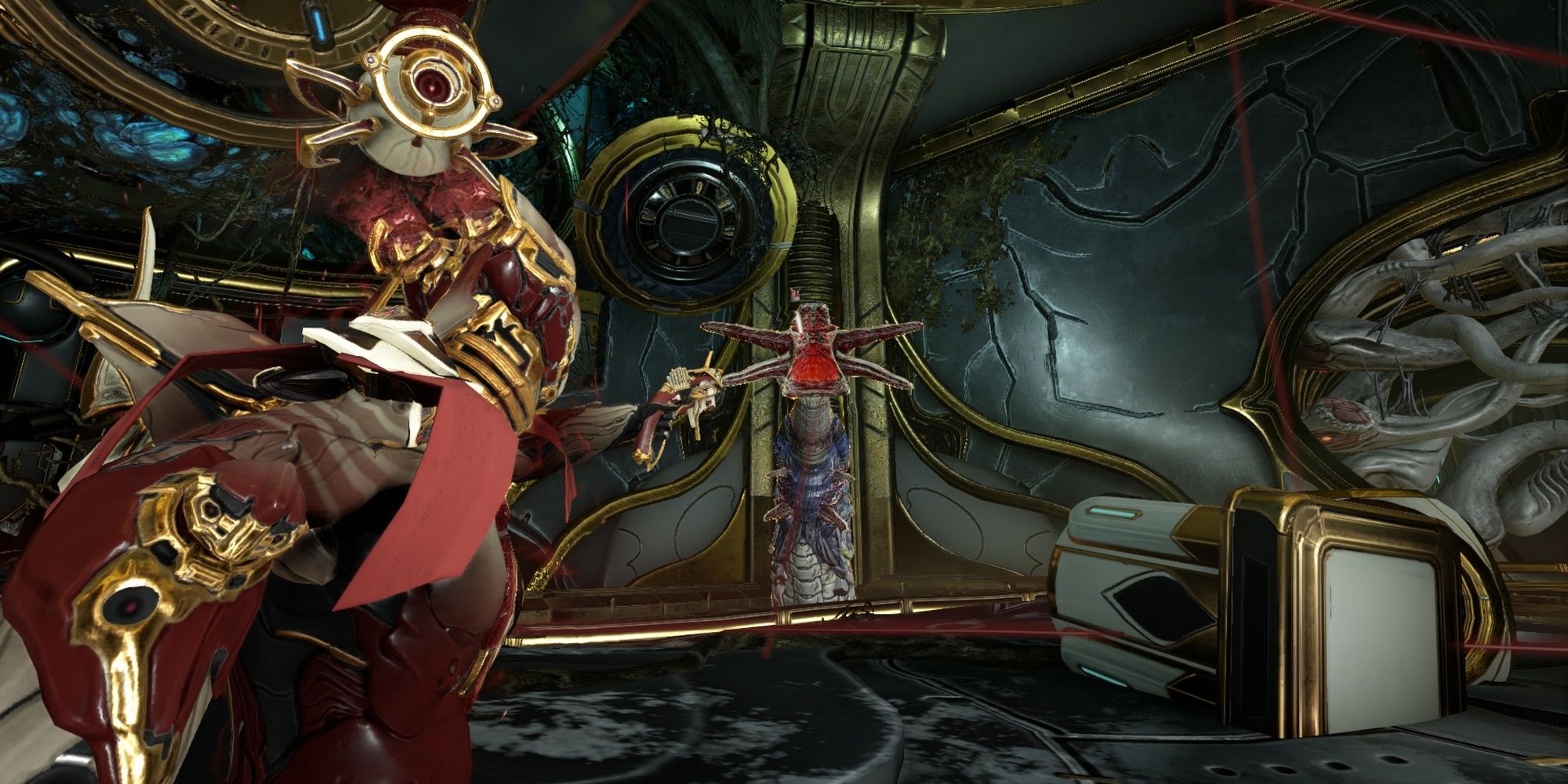 Lephantis will emerge from the ground beneath you during this first section, revealing one of its three heads. The head is only vulnerable when it opens its mouth, giving you a brief damage window. Three heads spawn throughout the fight: