Warhammer: Vermintide 2 Hits 10 Million Players After Being Free On Steam 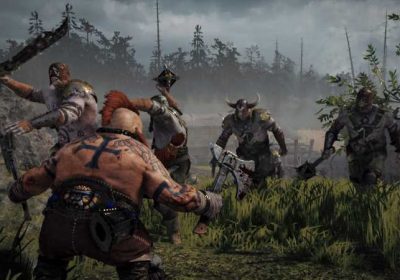 Anyway, it turns out that giving away your game for free on the world’s largest PC gaming platform is a recipe for success. According to Fatshark, there are now 10 million new Vermintide 2 owners in the world. If you missed the free giveaway and now you see all your friends playing Vermintide 2 together, take heart for the game is still 80 percent off on Steam.

Still, there are definitely a lot of Vermintide 2 players out in the world today, so there’s no better time to get into this cooperative survival game than right now.

In case you've never played, Vermintide 2 takes the core gameplay of Vermintide and tells a new story that takes place immediately after the first game. The Skaven are trying to open a portal to Chaos and it's up to you and a bunch of friends to stop it. The game takes place over 13 missions, but there is a bunch of DLC to play, and there was a totally free mission released on November 8 called "Trail of Treachery."

If you manage to shoot through Vermintide 2 in the next few weeks, Warhammer 40: Darktide will be out at the end of the month, and Blood Bowl 3 is bringing another Warhammer-themed strategy game on February 23.