Warzone: Everything Included In The Season 5 Combat Pack Reloaded

A new combat pack has been released for Season 5 of Warzone, but unlike the previous packs, this one is available exclusively for PS4 players. This is the second combat pack released this season, dubbed Combat Pack Season 5 Reloaded, which contains even more items and cosmetics.

In the past we have had to wait entire seasons for additional Combat Packs to be added to Warzone after the initial drop, but just one month after the Season 5 Combat Pack we now have the Season 5 Combat Pack Reloaded for sale only on the PlayStation Store. If you happen to be playing on that platform you can add twice as many new cosmetics and items to your character as anyone else. Thankfully players on every other platform won’t be left out of these items forever, since this pack is only exclusive until the end of September.

The Season 5 Combat Pack Reloaded comes with just as many items as a normal Combat Pack, and is now live on the PlayStation Store for purchase. Most of the contents are purely cosmetic. 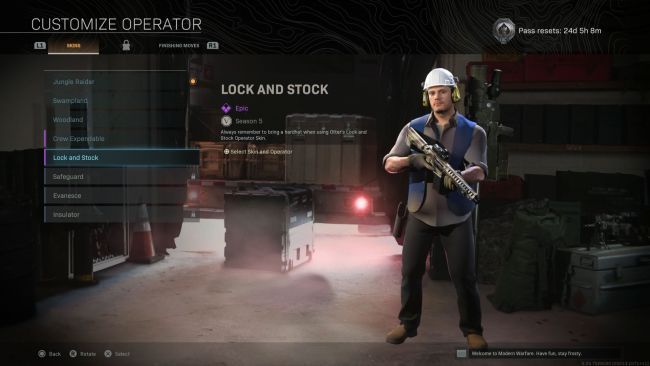 If you haven’t picked up the first Combat Pack released this August, you can still pick it up to grab these items as well.

Once you have unlocked either of these packs you can find all these items listed within their respective customization tabs within the Warzone menus. However, some might require you to have reached a specific player rank before you can equip them. Also, make sure to only activate your Double XP Tokens when you’re committed to playing for that amount of time since the timers count down by real-time instead of in-game time.