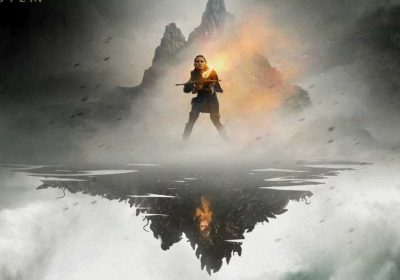 When you hear the word 'plague' you most likely think of rats. But, when you hear 'A Plague Tale', you think of a deluge of rats. I mean so many rats; rats in the streets, rats in the sheets – you could probably wipe your arse with a rat if you run out of toilet paper. Wait, no, that's how you get the plague. Either way, if you know anything about A Plague Tale, it's that rats are everywhere, and the titular plague is more mystical than biological. And, if you've finished the second game, you'll also know that a third game could be possible.

However, making a third game, as opposed to simply teasing it, is a completely different ball game. While Requiem definitely turned the rat count up from that of Innocence, there's only that many rats you can show before it starts to look a bit silly. And, there's also the question of making the third game different from the first two – you can't just keep throwing more rats in.

Talking about the possibility of a third installment with Eurogamer, series director Kevin Choteau said, "I don't know if the team is ready. I don't know if we have a good thing to say right now. I think we are quite a bit tired of the rats and this kind of story, this kind of mood, so I don't know what will come next, actually. And I'm not doing some lies there, I'm just being honest.

"The team is still in the enjoyment of the release and they are doing some research on technical things to improve our engine, to improve our tech, working on performance even more to see if we can push it even further, and we are discussing, just discussing."

Considering how things ended with the game, Asobo will have to shake things up quite a bit if it wants to make a third part. Since Hugo won't be featuring in the third game, Choteau feels "it will change the game and the DNA of the thing because it will be Amicia alone against I don't know what, protecting I don't know what".