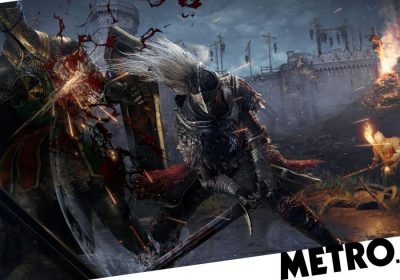 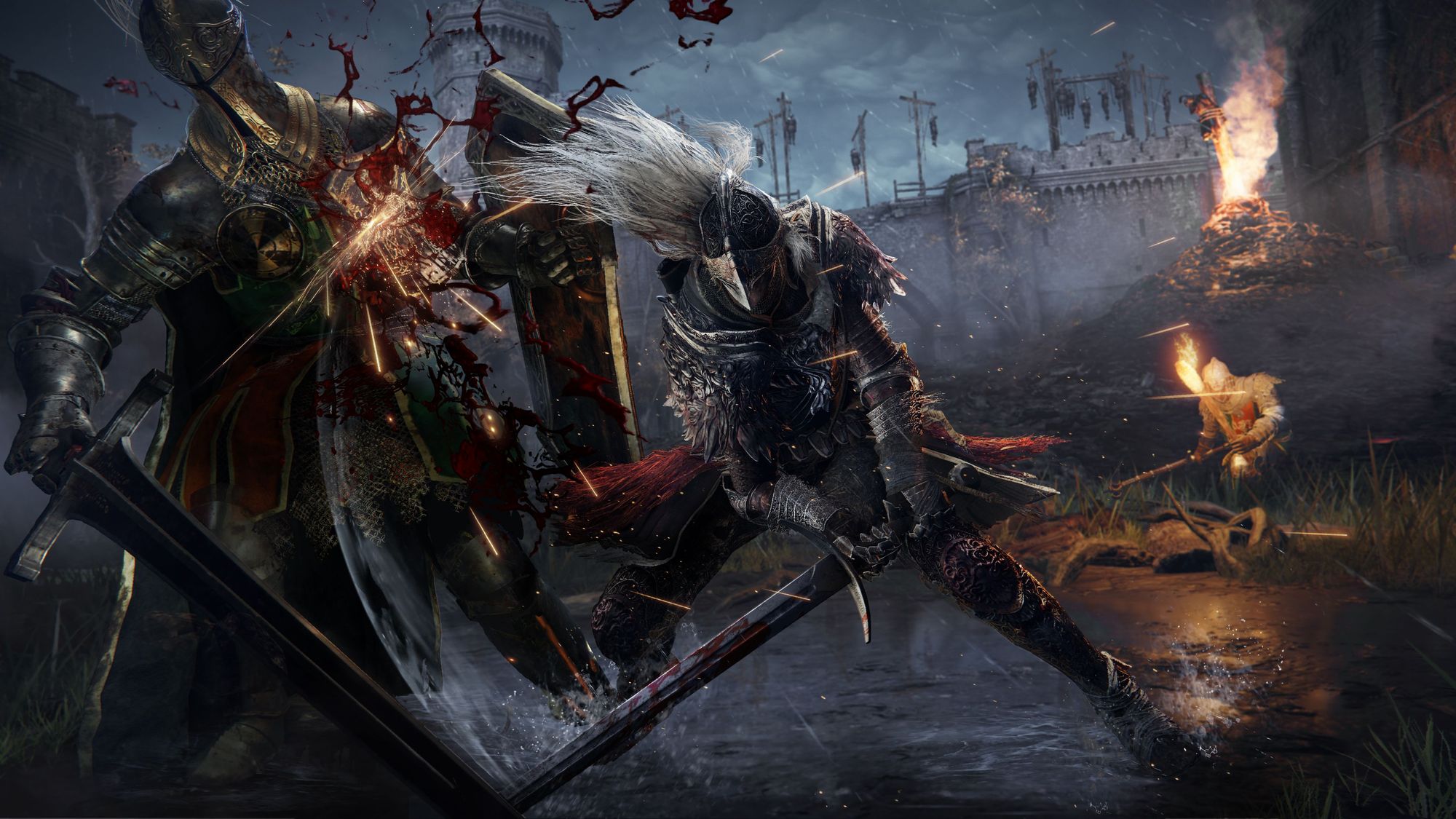 Readers deliver a half-year report for the games industry and debate which are the best games of 2022 out of Elden Ring and Lego Star Wars.

We’re already halfway through 2022 and while things have been quiet the last few months, we wanted to know what you think has been the best game of the first half of the year.

Elden Ring is the (very) obvious choice but we were impressed to see a wide variety of other suggestions, including indie greats like Neon White and more niche releases like Triangle Strategy.

Easy win
I mean, it’s got to be Elden Ring, hasn’t it? I’m sure some other games were released this year – good for them – but Elden Ring towers above them like a, well… giant glowing Erdtree. From never disappointment but it’s the sheer scale that amazes me with Elden Ring. The game seems endless and even though I’ve tried to go everywhere and see everything I’m sure I missed half of it.

Not that you have to play the game like that. There’s a clear throughline to get to the end that is actually fairly linear, if that’s how you prefer it. The combat is also very simple at heart, it’s just there’s hundreds of different weapons to choose from and so many permutations from the Ashes of War you add to them.

It’s clearly one of the best games ever made and just calling it the best game of 2022 is really understating how good it is. I mean, what’s the second best? Lego Star Wars was fun but it’s not exactly Elden Ring (although it was surprisingly big too).

No, the best game of the first half of the year is Elden Ring and if it’s not the best at the end of the year too then 2022 will have ended up being one of the best years for gaming ever.
Tony T.

Personal favourite
Just for a bit of variety I won’t say Elden Ring (because I haven’t started it yet). My favourite game of the year so far hands down has been Triangle Strategy.

I really love this game. Critical reception seems to have only been OK and I can kind of understand why, but it’s like Triangle Strategy was built for me. I used to be a big Fire Emblem fan, but that series isn’t really for me anymore (which is fine, no angry tweets at Nintendo for me) but Triangle Strategy has so much in common with the old Fire Emblem games it’s almost like a spiritual successor.

The hard mode provides a really good challenge and the way all the characters play so differently adds loads of variety. The cut scenes are a bit much but at least they are skippable and I just love the way that, despite being a Square Enix game, you don’t end up going to space or fighting god by the end.

It starts off as a conflict between three nations and it sees that through to a conclusion without going off on any silly tangents. The way the inventory management is more streamlined than a lot of similar games is welcomed as well.

Sales look to have gone more than well enough to get a sequel, which is fantastic.
Charlie

Number one game
I’ve literally played one new game this year, that being Shadow Warrior 3. Life’s really got in the way – I’m juggling a Master’s dissertation, a full time work placement, and a new relationship – so gaming has taken a backseat. Not that I’m complaining, mind you, and I hope to have some free time nearer the end of the year.

I’m looking forward to God Of War Ragnarök in November and, if the rumours are true, Bayonetta 3 in October. I played both their predecessors in close succession in 2018, with Bayonetta 2 releasing (on Switch) in February and God Of War in April, and found that they complemented each other very well

I also played Donkey Kong Country: Tropical Freeze around the same time, but I don’t think I’m getting a Retro-developed sequel by the end of 2022. I should hope not anyway, they have a Metroid to make.
ANON

Last minute winner
If you had asked me a week ago what the best game released so far this year was, I would have said Citizen Sleeper. I was all set to type out this letter extolling its virtues, because it’s a great game. I had it all planned out too, but then this week I bought Neon White. Neon White is not just the best game released this year so far, it’s the best one by a significant margin.

It probably has the greatest elevator pitch for any video game ever, because ‘first person, parkour speedrunning anime platform game with light deck building, visual novel, and dating sim elements’ either does it for you or it doesn’t, but that ticks a lot of my boxes.

It’s just so, so good. If any game has nailed that ‘one more go’ feeling better than this, I’d be surprised. I don’t want to move on until I’ve aced every level, not because you have to but because I know I could make that one jump a little better, or not clip that wall the next time, or find a quicker shortcut.

Even the cringe dialogue I find… oddly charming?

It looks great, sounds great, plays great. It’s just a shame that, so far, none of the Switch leaderboards seem to be working, which is really the only thing I can say against it. Neon White. It’s so, so good.
Eiichihoba (PSN ID)

Super Kirby Odyssey
The leading candidates for my current game of the year are F1 22 and Kirby And The Forgotten Land. I won’t talk about F1 22 too much as I understand it might not be of interest to some readers, so all I will say is that on the track where it matters, it feels superb and I really appreciate all the assists it has which makes it really accessible. It looks gorgeous too, both graphically and with the presentation which makes it feel like you’re watching Sky coverage.

So onto Kirby. The Forgotten Land grabbed my interest straight from the first trailer as it reminded me of Super Mario Odyssey. In reality it isn’t really like that, as it is a lot more linear in its level design, but it has the same appeal of finding hidden stars and acquiring new abilities via Kirby’s swallowing ability rather than Mario’s magic hat.

The platforming is pretty basic but feels fun to play and trying to find every hidden Waddledee is a treat. I also really appreciate how it changes it up mid-level with the sequences where you’re a car, boat or plane. I very rarely go through games to get 100% completion but that’s what I’m currently working towards due to how much fun I’m having with the game.

For the rest of the year, I can’t see it being beaten other than maybe by Warhammer: Chaos Gate, a game I have just bought in anticipation of getting my Steam Deck this week. I’m not into Warhammer at all but love turn-based tactics games of any description and saw Chaos Gate compared to one of my all-time favourite games, Gears Tactics. So really looking forward to playing that.
Angry_Kurt (Twitter)
Now playing: F1 22 (Xbox Series X) and Kirby And The Forgotten Land (Switch)

A good feeling about this
The only 2022 game I’ve played so far is Lego Star Wars: The Skywalker Saga (From games are too difficult for me). I got to play with my kids and we’ve all had a lot of fun with it. Even the bad movies are fun to play from and the way they’ve done all the different characters is great.

It’s a really big game too, with so many hub worlds and secrets, and completely unnecessary bits that I’m really impressed they put in, like all the starfighter combat. I doubt it’s going to top any game of the year lists but for me it was a really fun time.
Dustan

AAA gaming
Well, after all the great releases we’ve had, and without bringing in any 2022 indie game releases, Elden Ring would have to be my favourite of the year so far. In all honesty, I don’t think it’ll be beaten anytime soon. It’s a boring choice and a maybe obvious one, but boy the game has depth and locations overload, making it so huge It’s breathtaking!

The way your character, weapon, and the clever item stats meld into a unique character of your own natural preference is quite an achievement indeed. Coming across so many locations, with the great variety of scenery and then finding a whole subterranean underworld is testament to the developer’s very skilled world creation abilities. I was also a lover of the Chalice Dungeons in Bloodborne.

The various godly bosses and the dark lore that surrounds them will keep us uncovering more and more secrets for ages. The items and cut scenes releasing containing this information, are classic FromSoftware styles storytelling. I am still finding out little nuggets of fan theories from Bloodborne even now!

The combat never gets old, matching and bettering previous Soulsborne games and then some. The only curious gameplay decisions are where your mount can ride the wicked vortexes and do some mad, unrealistic jumping, and gravity damage seems a bit unrealistically weird also.

Compared to other Soulsborne games, jumping off from higher to lower surfaces was always a bit of a life and death gamble and calculation. Elden Ring, even without special items equipped, seems to treat gravity very differently indeed. The planet this world is set on must have a different overall mass and gravity.

Either way, game of the year contender and a must have for fans of these very hard dark fantasy style games. Impressive visually and with awesome music. It gives many competitors a very high benchmark to beat, in terms of the overall gameplay mechanics and the atmospheric mystery that the game is. ‘Now Cometh The Age Of Stars.’
Alucard

GC: Why wouldn’t you mention indie titles? They’re video games the same as any other.