Home » News » What is the total cost of owning a database?

What is the total cost of owning a database? 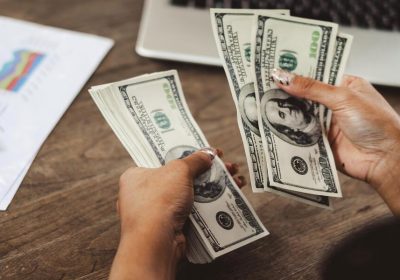 For some products, figuring out the cost is easy: It’s the total figure on the invoice. For other products, like databases, that number is just the beginning. The total cost needs to include all of the other expenses that come after the initial purchase, such as training, maintenance, and curation. Each of these items adds up over time, making it tricky to calculate the true price.

Open source options complicate this calculation. Databases such as MySQL and PostgreSQL are shared freely, and good developers can usually get them up and running without paying a cent. While many of the tools began as experiments or skunk works projects, they’ve grown to be feature-rich products that can handle many of the jobs for some of the most sophisticated enterprises.

While open source projects don’t cost anything upfront, they require care, often more than proprietary software. Finding support is not always easy. The creators are giving their work away, and their attitude toward support can vary. Many want to help others, but some have lost interest and their attitude is simply, “I’ve given you a gift. Now go away.” Many of the features may have been added by a different contributor, which further complicates the question of who should provide support.

For enterprises, the ability to revise and extend the code to add features they need is another cost. Taking the open source route is time-consuming — not just to install but to customize, revise, and extend. Some companies expect that their developers will actively contribute to open source tools as part of their job. This is often a fruitful collaboration, but their salaries should be considered part of the cost.

What the established players do

The oldest and more established databases tend to be proprietary platforms that expect users to pay a license fee to cover the cost of maintaining the software. Companies like Microsoft, Oracle, and IBM all market top-flight databases with a proprietary model.

In the past, these prices were often paid upfront, but the companies have begun embracing a service model. All of these tools can be found, in some form or another, as services. While license fees were fairly straightforward, service fees vary depending on what is actually being used. Some providers bundle the database together with server time, while others charge by the amount of data that’s flowing in and out of the systems.

Microsoft, for instance, lists a “license included” price for SQL Server in its Azure cloud environment. An SQL Server instance with two core and 10.2GB of RAM is $0.5044 per hour at the time of writing. Bigger machines with more power would cost more, but Microsoft offers discounts for long-term commitments. There is also a “serverless” price, which bills per transaction at $0.0001450 per second of virtual core time. This is a much simpler pricing model, as the cost of the hardware and license is buried.

This serverless approach can help some companies compute the total cost of ownership because it is directly related to each event storing data. Good accountants can break down how many different events a customer might generate and then calculate how much it costs to store that customer’s data. This works well for businesses with a good model of customer behavior, but it may not be as useful for enterprises that can’t predict how much may be stored in the future.

The proprietary databases also emphasize features for simplifying management. Oracle is marketing a version that is said to be “autonomous” because many of the jobs normally done by a database administrator can be handled by the code.

“It’s the difference between doing everything manually,” explained Steve Zivanic, global VP of Database and Autonomous Services. “You had to do manual tuning of the databases. You had to do manual backups. You had to essentially make sure you had enough processing power. All of that is taken care of so you can focus on the business at hand.”

In one recent study, Oracle suggested that the average users could reduce the size of database administrative staff by 68% using its tool.

How the upstarts are invading

In recent years, many of the newest databases have been distributed freely as open source tools. Pioneers like MySQL, PostgreSQL, and SQLite proved that the open source model was a viable strategy for databases and spurred development of other types of databases. Some, like Cassandra, started out as internal projects by the companies — in this case, Facebook — and were later released publicly. Others, like MongoDB, Neo4J, and CouchDB, were created by companies specifically interested in supporting open source databases.

Many of these companies paid their bills by charging for “support,” which included training and problem-solving sessions with engineers. Some companies purchased the support contracts because they needed the help, but others simply wanted to pay something to maintain the product. The “support” was really financial, and it flowed from the so-called customer to the development team. In these cases, figuring out the total cost of ownership just meant including the cost for such a support contract.

The issue has grown more contentious lately, as cloud providers have started installing open source databases on running machines and then charging a premium for this bundle. The database software was still technically free and available under an open source license, but the price was justified because it included much of the work of configuring and curating the servers.

These services have proven popular with users, in part because they simplify the process of estimating the total cost of ownership. Digital Ocean, for example, charges $15 per hour for a “managed database,” in essence, one of their standard instances that’s already configured to run MySQL, PostgreSQL, or Redis. Companies can spend less time on maintenance and get a more predictable estimate of what it costs to run a database. The teams developing the software may not be as happy. While some open source developers have recognized that non-paying users are part of the equation and allowing these free riders can be cheaper than maintaining a marketing team, others feel exploited. The highest-profile case arose recently when Elastic decided to stop releasing new versions under a license that allowed cloud companies like Amazon to sell managed machines. They felt the cloud companies weren’t contributing enough to support the developers.

While many of the recently developed databases embraced an open source model, some new offerings are deliberately avoiding it. EraDB is a time-series database fully integrated with machine learning and statistical methods to drive complex analytics. CEO Todd Persen said the company had to choose between nurturing an extensive community of developers and concentrating on wowing a few paying customers.

“What’s the value of putting source code out there?” he asked rhetorically. “We can still deliver compiled versions.” Most of the users never read the source code, and most of the commits come from inside the companies.

Pricing for self-hosted versions is quoted, and the company also runs a cloud service that begins at 65 cents per gigabyte per month.

The value of control is one of the trickier questions in the equation. Open source models offer not just their low price but also a deep partnership. The licenses are designed to give the power of ownership to all of the users. For some projects, this freedom can be valuable, especially for long projects.

At first glance, proprietary tools rarely offer as much of a partnership. The company maintains control, and the customers are kept at arm’s length. But in general, good companies listen closely to good customers and reward them. The sales and relicensing process is a good feedback loop that delivers.

And many of the bigger issues will arise regardless of the licensing model. After a while, some users will want changes — often small — while the owners may want to move in another direction. Perhaps they don’t want to support a small client, or maybe they want to devote resources to a different path for growth. The same friction over direction can appear with open source projects. Sometimes the creators aren’t interested in solving the issue or taking a particular path that a few users have chosen.

Some creators are offering customers the option of paying directly for certain enhancements, an arrangement that is found in both open source and proprietary companies. Open source projects make this simpler because it’s always possible to do the work in-house or hire a third-party team.

Proprietary companies are working to allay fears by offering source-code escrow agreements that provide some of the assurance of open source. If the company fails, the source code is released to the customers.

There’s no one way to calculate total cost of ownership

There’s no guaranteed equation to calculate the costs for a database, but the new service models offer a reliable way to connect the size of the data and the number of transactions with the cost of storing it for a month.

These prices, though, must support a profit for the company that runs the service. Teams with the right mix of talent that are willing to devote energy to building and supporting open source tools can often save dramatically. Much of the cost comes in paying the salaries and covering the overhead of these teams. Translating the numbers into a total cost of ownership is tricky, especially when some of the team members do more than just support the open source tools. But in the best cases, work on the open source software makes in-house development easier.

This article is part of a series on enterprise database technology trends.