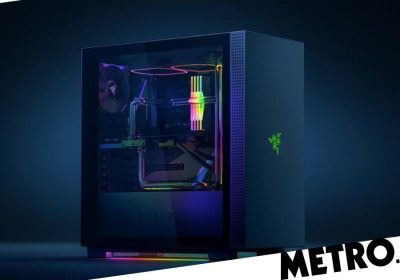 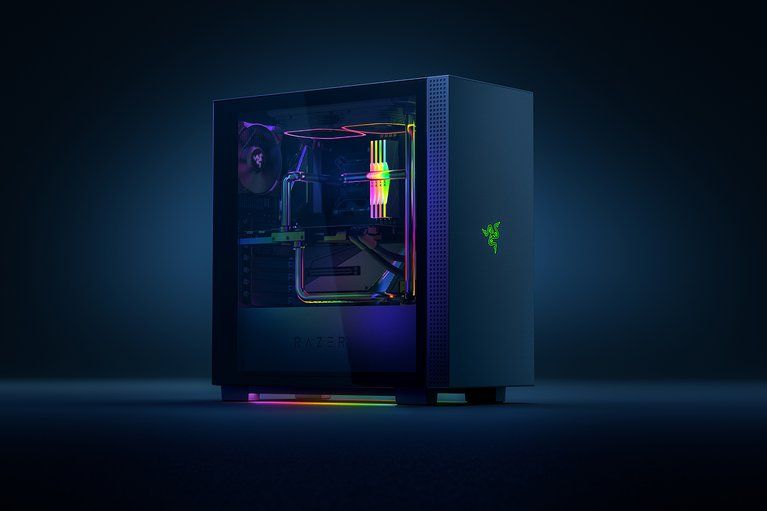 Building your own PC has a reputation for being overly difficult and very expensive, but it doesn’t have to be either if you follow this simple guide.

The next generation of video game consoles has just become a reality but as powerful as they are they still don’t compare to the best a gaming PC can offer. New technologies like Nvidia’s DLSS gives PC gaming a huge advantage in graphical quality and power. A gaming PC is expensive but over time it will quickly pay for itself, especially if you build one yourself. So now could be the time to bow out of the console wars entirely and become a PC gamer.

PC gaming can come across as very elitist but it’s actually all about community, one built on Steam and talked about on Discord – where you can always find someone to play with or help you with a technical problem. Multiplayer games like World Of Warcraft and League Of Legends are not available at all on consoles and yet are amongst the most popular video games in the world, attracting tens of millions of players every day.

Despite the initial outlay, building your own PC can be a more affordable gateway to gaming, not least because the games are cheaper. But of course, it’s also something you can use to browse the web, go through emails, do some work, and all for only around twice the price of a next gen console. Tempted to get a pre-built gaming rig? Don’t do it! You can easily build something more powerful yourself for half the price, and it’ll be something you can upgrade for years to come.

During the pandemic we all had to work from home and our lives became even more computer dependant, so having some control over your constant computer companion is essential. After building your own PC you’ll know exactly where each component goes and how it is installed. Upgrading it, replacing parts or fixing it will then become a simple process that you can do at home.

So where to start? Make sure you have a clean table, some precision screwdrivers, and a torch. Don’t worry if at any stage you get stuck as there’s plenty of YouTube videos (most are only around 20 minutes long) and a dedicated subreddit to help you out.

Your build shouldn’t take you more than a few hours. If you can put together a desk from Argos you should be fine. The trickiest part is getting all the power cables in the right place and having everything talking to each other through the BIOS but even that is a lot easier than it sounds.

Try and set yourself a budget for your build, where an accessible mid-range build costs around £1,250. Starting with the basics, you’ll need a chassis – the case to put everything in – and probably one with some RGB lights to impress your friends and cast some dayglo ambient lighting across your living room. A Razer Tomahawk (RRP £199.99) is great for its easy access glass doors but make sure whatever you choose has suitable ventilation and dust filters.

Your motherboard and CPU are the skeleton and brains of your PC and these will be where you need to decide how expensive your build will be and what it will be capable of. In particular, make sure your processor has enough bang to unlock the potential of your graphics card. An MSI AMD Ryzen MPG X570 motherboard (RRP £169.99) and AMD Ryzen 5 5600X (RRP £274.99) are the examples we’ve used but while Intel processors are also good, they can be on the more expensive side.

Being firm but gentle is key, so try to touch your CPU as little as possible while installing it into the slot on the motherboard. You’ll need to open up the little lever and line up the gold triangle to check you’ve got it in the right way around before pushing the lever back down to secure it in place. There’s no need for thermal paste with these components, as the Ryzen CPU comes with it pre-applied – so you can screw the cooler that’s included straight onto the top. Believe it or not that is the most stressful part, so it’s all downhill from here.

While fitting your CPU you will have noticed some vertical slots on your motherboard, these are for your RAM. Memory is important because software uses it to temporarily store data so it can be retrieved very quickly, unlike your hard drive which you’ll soon fill with 20 thousand selfies and videos of your cat. Your RAM and SSD (solid state drive) should just click into place on the motherboard. In our example we’ve used Vengeance LPX 16GB DDR4 DRAM (RRP £99.99) and a Rocket Q 1TB NVMe PCIe SSD (RRP £109.99).

For a gaming PC, graphics should be your priority and to play the most demanding games you’ll need a dedicated graphics card. Our build includes a Nvidia RTX 3060 Ti (RRP £369) which supports DLSS and slots into the PCIe x16 Slot on your motherboard. More games are starting to support this AI rendering technology, which dramatically increases graphics performance even over next gen consoles. DLSS is only available on Nvidia GPUs and boosts frame rates and generates beautifully sharp visuals that would otherwise require a much more expensive card.

DLSS isn’t just important to run games like Cyberpunk 2077 or Doom Eternal, it improves gaming across every genre, as even Fortnite supports DLSS and there’s a version of Minecraft with ray-tracing that will turn your pixels up to 11 and add texture, atmosphere, and depth to old maps. Unfortunately, there’s currently a massive GPU shortage, so tracking one down is just about as hard as getting hold of a PlayStation 5 or Xbox Series X.

Most motherboards now include impressive sound outputs but if you consider yourself an audiophile, and need more outputs for streaming and high-end speakers, you might want to consider a dedicated soundcard, such as the Sound BlasterX AE-5 Plus (RRP £129.99).

That’s it for the main components, so now everything is loaded onto your motherboard. Use the stand-off screws, which should come installed with your chassis, to secure your motherboard inside and connect the tiny power input for the front panel of the case to the bottom of your motherboard, so it’s connected to the power button. Try to tuck all your cables away as you work for a more professional look at the end of your build.

You’ll need some juice to spark your rig to life, like a digital Frankenstein’s monster, so the final bit of kit you’ll need is a power supply. Your power supply unit determines how quick and powerful your PC can be, but it’s always good to get more than you need if you’re planning to upgrade. The power supply will have a big bunch of black cables which should click easily onto your motherboard, SSD, and graphics card. We’ve used a Cooler Master MWE 850W (RRP £89.99) in our example but this website will help you calculate exactly what size of power supply you need for your set-up.

Now’s the time to put that precision screwdriver set away and hit the power button to see if it works. If nothing happens always check your power cables are in the right place and that you’ve installed the latest version of your BIOS. It might not be obvious but when you build a PC you don’t automatically have an operating system such as Windows 10 included or pre-installed. You’ll often have to install from a USB, so just plug it into the PC and boot up. Hopefully your new PC will recognise it, if not open your BIOS and set the USB drive so it is the boot device.

Our complete build came in at around twice the price of a next gen console but you can’t put a monetary value on the heightened sense of pride you’ll get from building your first gaming PC – or the superior performance you’ll get compared to even the most powerful next gen console. So if you’re not yet ready to go outside, or don’t fancy a staycation, building your own PC is a great alternative.