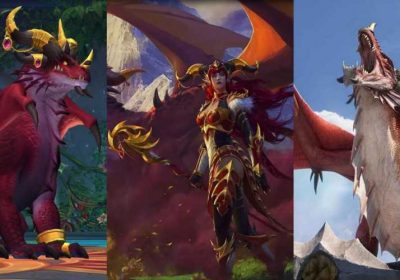 With that in mind, now is as great a time as any to return to the game if either Shadowlands or Battle for Azeroth (or even a prior expansion) left you wanting more from the game as a whole. Many changes are coming, and most are for the better, so let’s dive into some of what these changes are as well as some tips on how to prepare for Dragonflight. 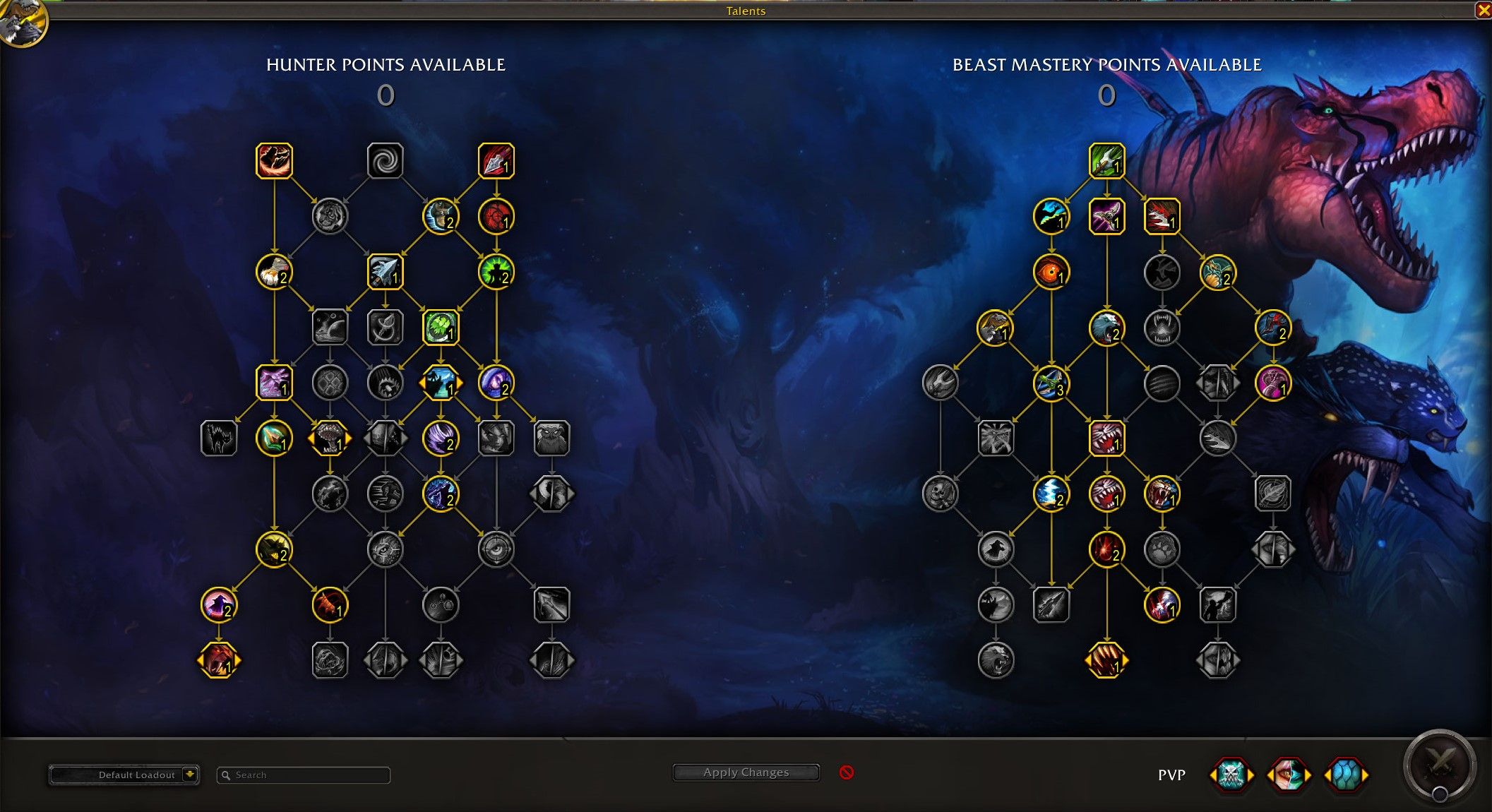 One of the main selling points of Dragonflight is the revamped talent system. If you’re a returning player specifically from Vanilla, Burning Crusade, or Wrath of the Lich King, this will be ideal for you, as this revamped talent system is pretty much the great return of the well-loved talent tree. No more borrowed power systems (one can only hope there)!

As is the case with most things in World of Warcraft, there will be ways to min/max these talents trees. However, don’t feel too pressured to look up guides while leveling, since you can change your talents on a whim — and there’s no gold cost or anything to do so. Play around with it, get creative, and have some fun. There’s a Starter Build option too if you don’t feel like dealing with it while you level, as shown in the image above for Beast Mastery Hunters. 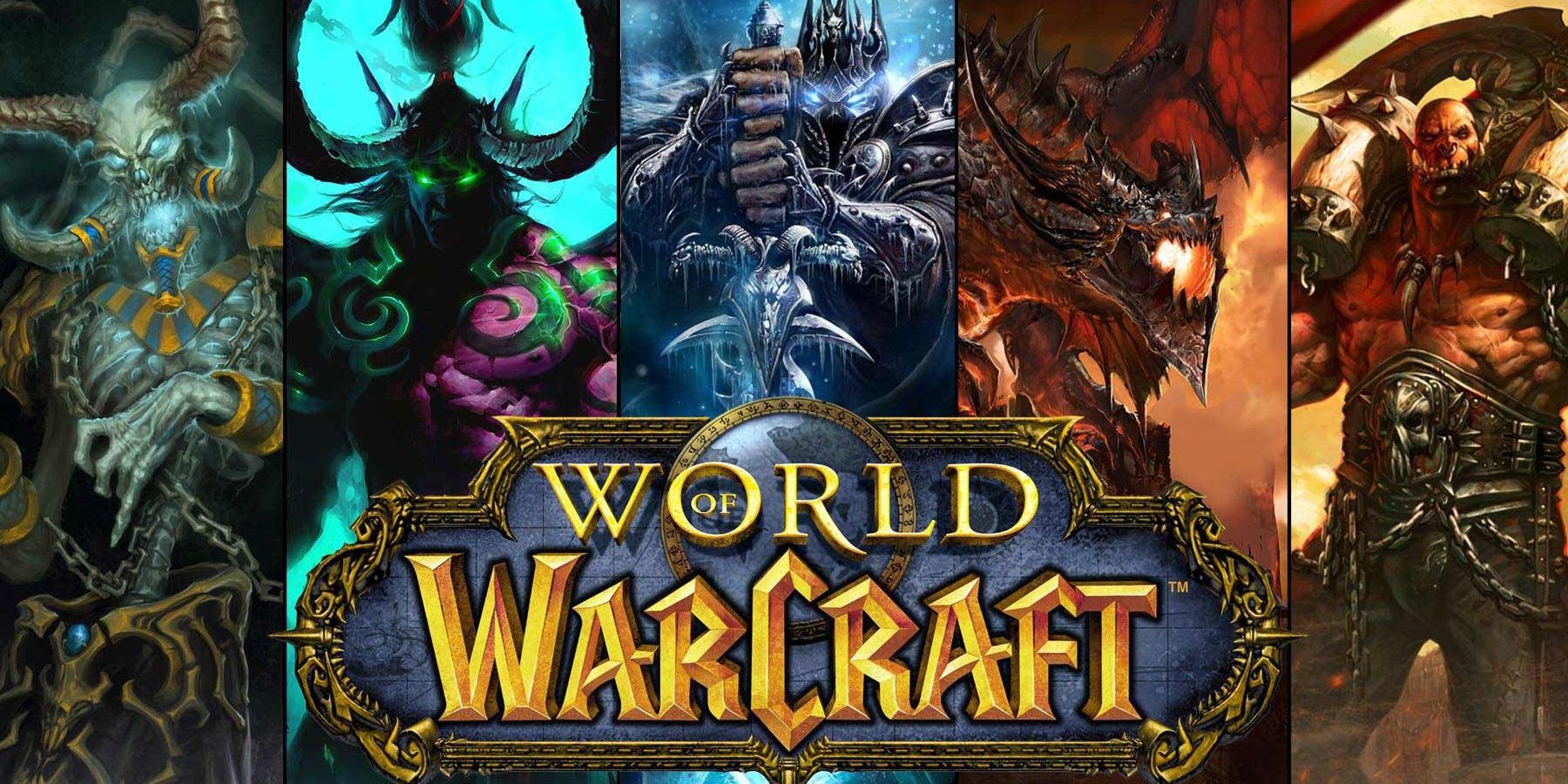 The leveling experience has drastically changed over the years, including a massive level squish, making the maximum level at the time of Shadowlands level 60 (level 70 in Dragonflight). Let’s take a closer look at everything else regarding the level experience:

Exile’s Reach is a contained leveling experience for characters to get from level one to ten. It also serves as an excellent introductory experience to the game, as it walks you through the basics of how to play. It has class-specific quests built into it and even provides you with a taste of the Dungeon Finder tool at the very end of the quest line.

Exile’s Reach is a phenomenal place to start for both new and returning players, and should be taken as your level one to ten experience (at least your first time around) instead of the basic starting zones for specific races.

Chromie Time is easily the best change to leveling made to World of Warcraft. After hitting level ten, you can pick a single expansion to level through entirely, up until the most current expansion’s content. For example, when Dragonflight is the current expansion, then Chromie Time will allow you to level from 10-60, then force you into Dragonflight content from 60-70. It is important to note that this feature is only accessible to players who already have a max-level character.

New or returning players who haven’t leveled up a character yet will be forced into the Battle for Azeroth expansion to quest and level up to sixty there. Only after this will you be able to use Chromie Time for your alts, so you don’t have to keep running through Battle for Azeroth.

In the past, Heirloom gear gave you a small buff to your experience gained, but they no longer do so. That is not to say that they don’t provide some benefits anymore: if you have at least two non-weapon or non-trinket heirlooms equipped, your rested experience consumed is reduced by 30 percent, and if you have six equipped, it is reduced by 60 percent — in other words, you’ll get to keep your rested buff for a longer amount of time. However, Blizzard has removed the flat experience gains from Heirlooms. 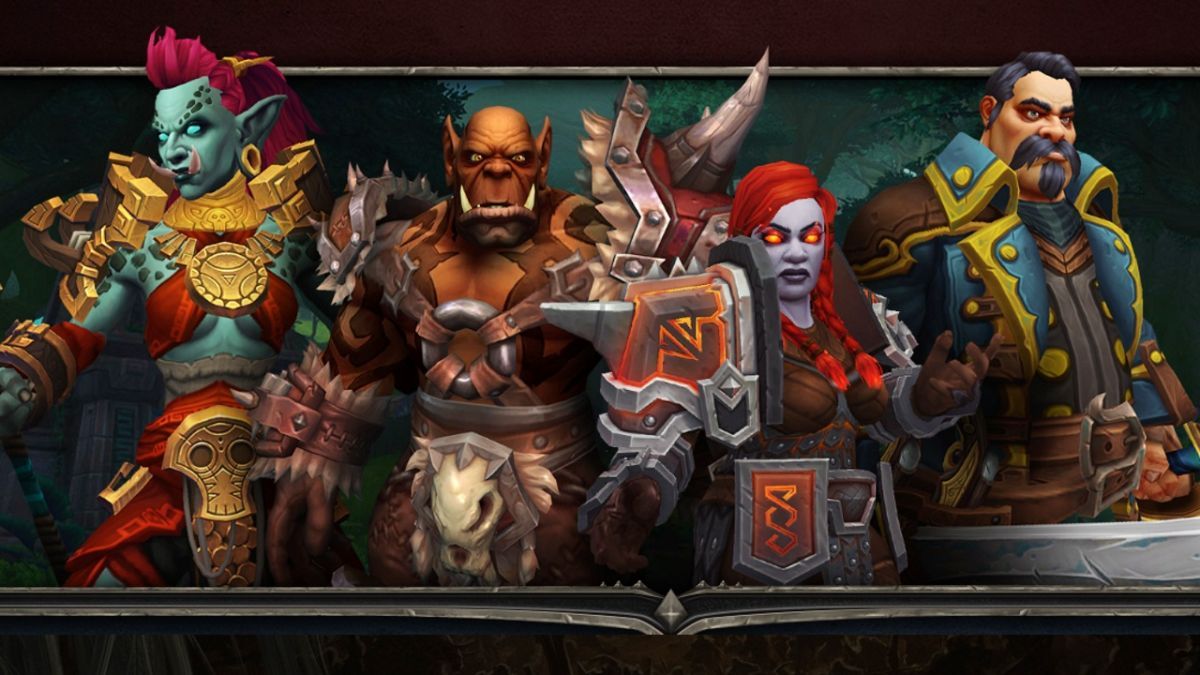 Allied Races were Blizzard’s way of adding more races to the game without having to create a whole bunch of brand-new starting experiences, while still adding more playable races with different racial abilities and passives into the game. Each Allied Race character starts at level ten, so you get to skip out on Exile’s Reach and jump straight into Chromie Time.

Allied Races also offer heritage armor for their specific race once you get them to level 50, which is a purely cosmetic reward. Either way, if you’re looking to spice up some gameplay and play something like a Mag’har Orc or a Void Elf instead of the usual races you’re used to, give it a go! Just make sure you unlock them first, for there are some small requirements for them. 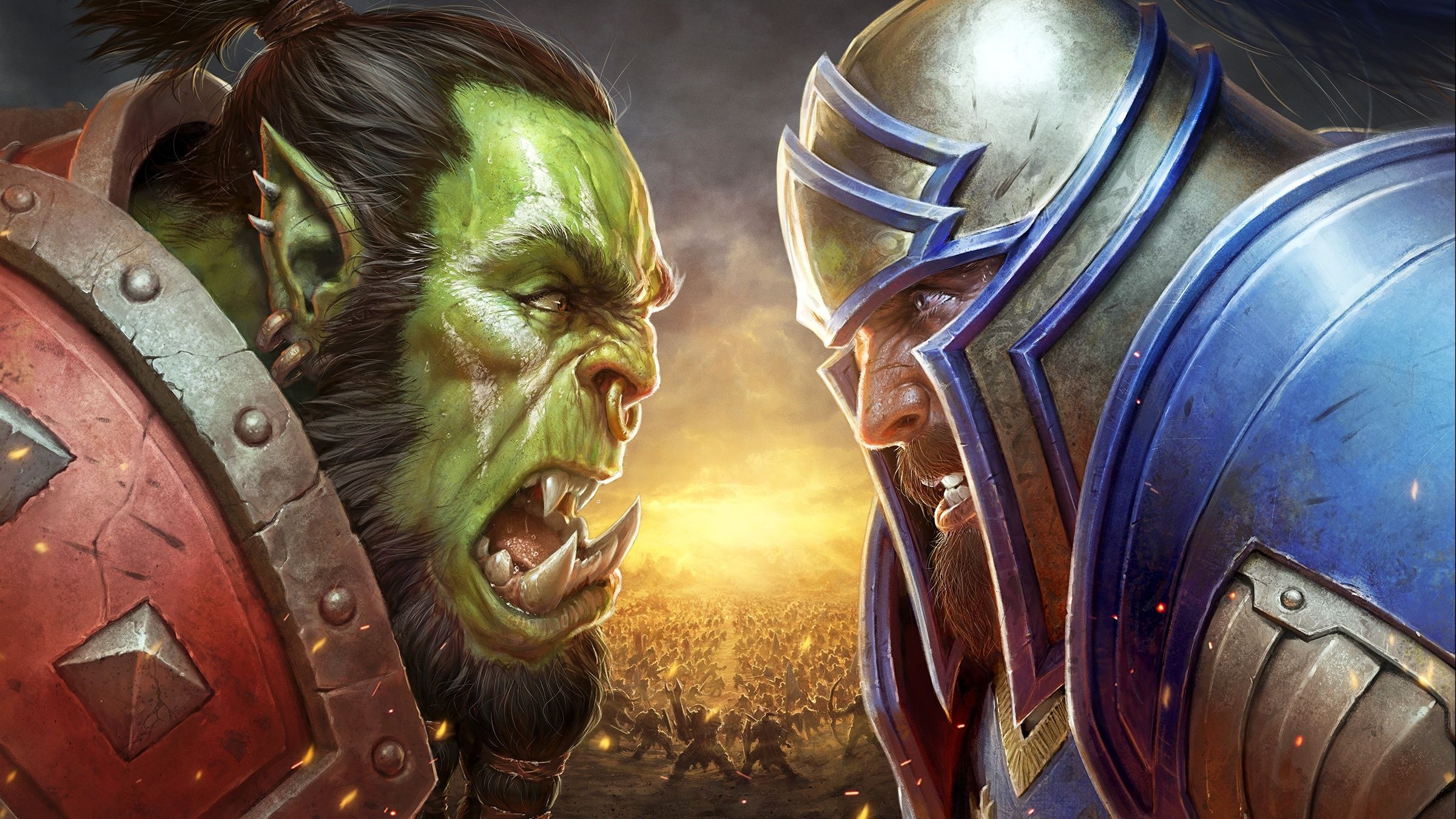 War Mode is basically just an opt-in or opt-out of world PvP. This was mainly implemented to protect under-leveled or under-geared players from getting ganked and camped in the open world, and to give incentives to players to engage in world PvP by offering some rewards. So, if you just want to quest and do world content without worrying about the opposing faction, then by all means, go ahead and turn War Mode off. 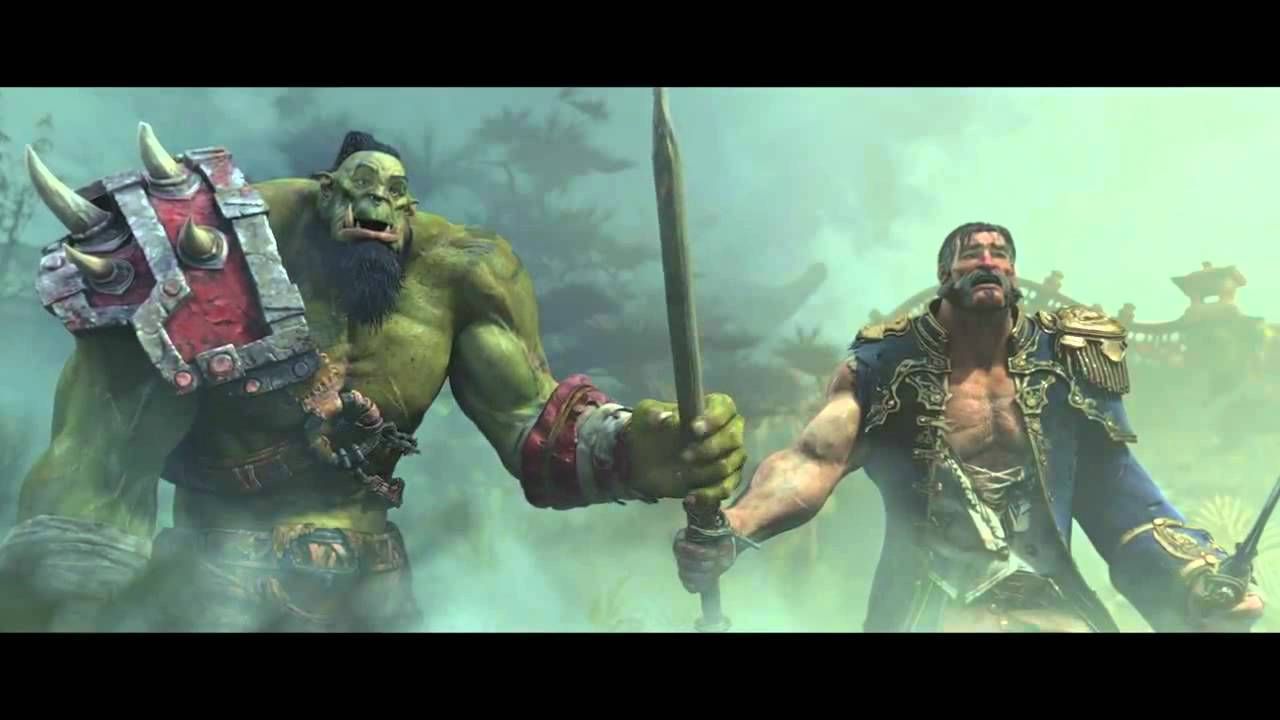 Speaking of the opposing faction, cross-faction play is officially part of World of Warcraft. Thus, if you’ve always had that friend who plays Alliance characters (we all know Horde rules) and could never play with them because of it, then fret not, for now, you can.

While most activities that are instanced (dungeons, raids, rated PvP) are fair game, there are slight restrictions. General open-world content and certain legacy content that has faction-specific encounters (like the gunship battle in Icecrown Citadel) are off-limits. It’s also worth specifying that you can’t queue up for instances with someone from the opposing faction. So casual Battlegrounds and Arenas that you queue for are off limits, as well as the Dungeon Finder and Raid Finder tools (you need to physically enter the dungeon or raid with your cross-faction party to do it). 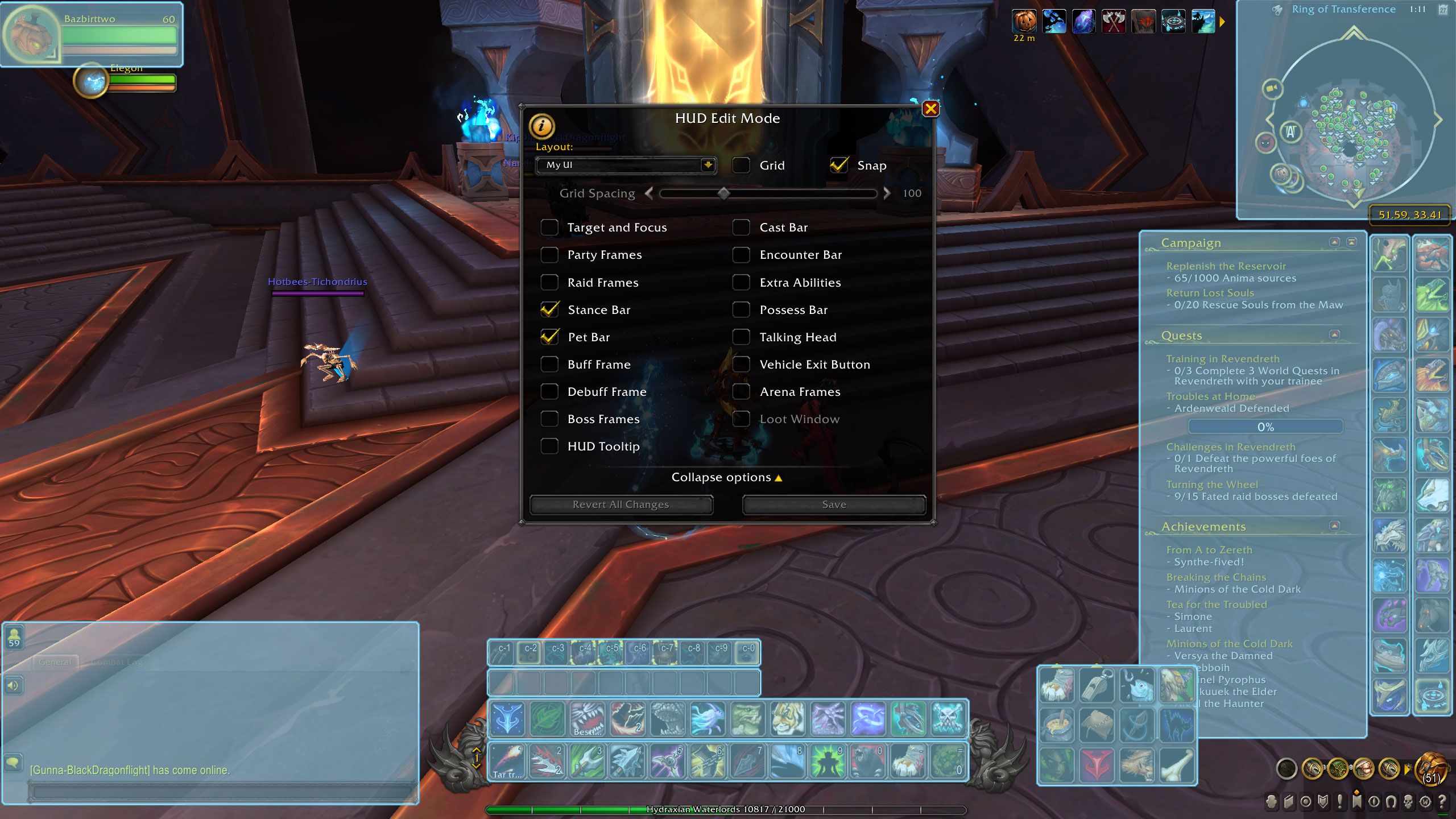 Finally, we reach the complete UI overhaul. There’s not much to be said here, but it has finally happened after years of the WoW UI being untouched. This may not bother you too much if you’re a returning player coming back after a long time. But, if you left recently and are only coming back after a short hiatus, the change may be jarring. Thankfully, there is an edit mode (as shown in the image above), so you can customize the new UI to your liking. 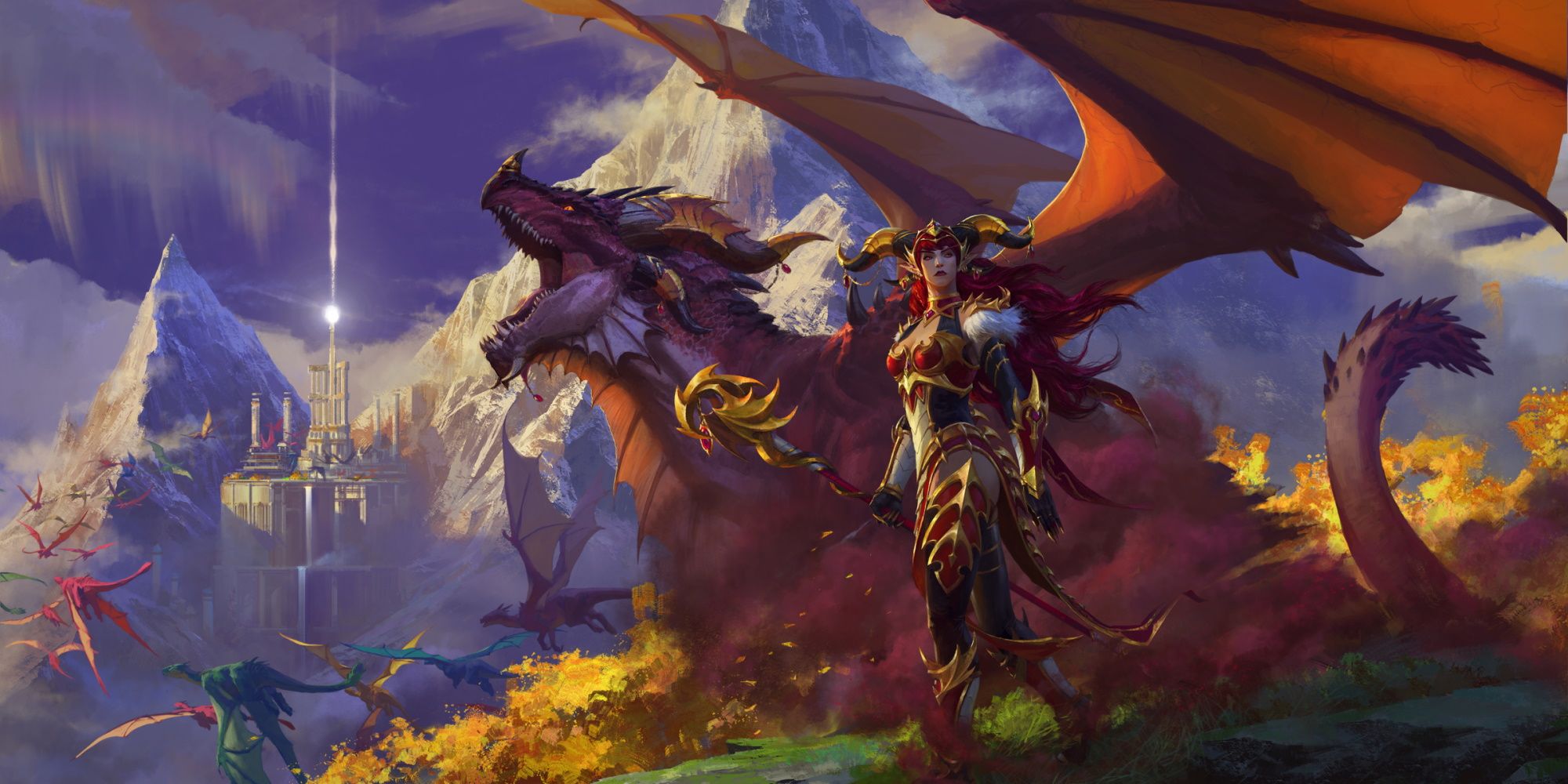 With a bunch of the major additions and changes to the game over the past few expansions addressed, let’s give you some tips to: