WWE 2K Should Take Another Year Off To Remaster Crush Hour 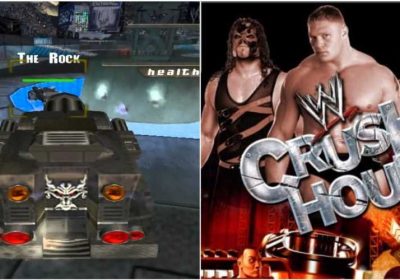 WWE 2K22 has been out in the wild without any major issues for long enough now that it has to be considered a pretty major success, at least by recent standards. By this point in WWE 2K20's life, the area on the social media Venn diagram where gamers and wrestling fans meet had become so flooded with memes and frankly hilarious clips of glitches in the game that it has become all the disastrous chapter in the series will ever be remembered for. So much so that 2K later announced there would be no WWE 2K21 so the studio could focus on fixing its damaged reputation and launch a new game the following year.

That extended break between games wound up being a little longer than a two years, and now WWE 2K22 is here, most of us are hoping 2K keeps that gaps in the future. The benefits of taking more time over the new installment are there for all to see, and while it might not be perfect, it should be evident to the studio that they stand to benefit from leaving longer gaps between games, even if it means sacrificing an annual release at roughly the same time every single year.

Now, the logistical stuff. The launch of WWE 2K Battlegrounds would suggest 2K is contractually obliged to create and launch a new game for WWE every single year. Either that or the studio just likes to do things that way. Fair enough, I guess, but instead of returning to the old way and riding the regular WWE 2K series until the wheels inevitably fall off again a few years from now, stick to the Battlegrounds format. Just, don't make Battlegrounds 2 because I think I speak for almost everyone when I say nobody wants that. 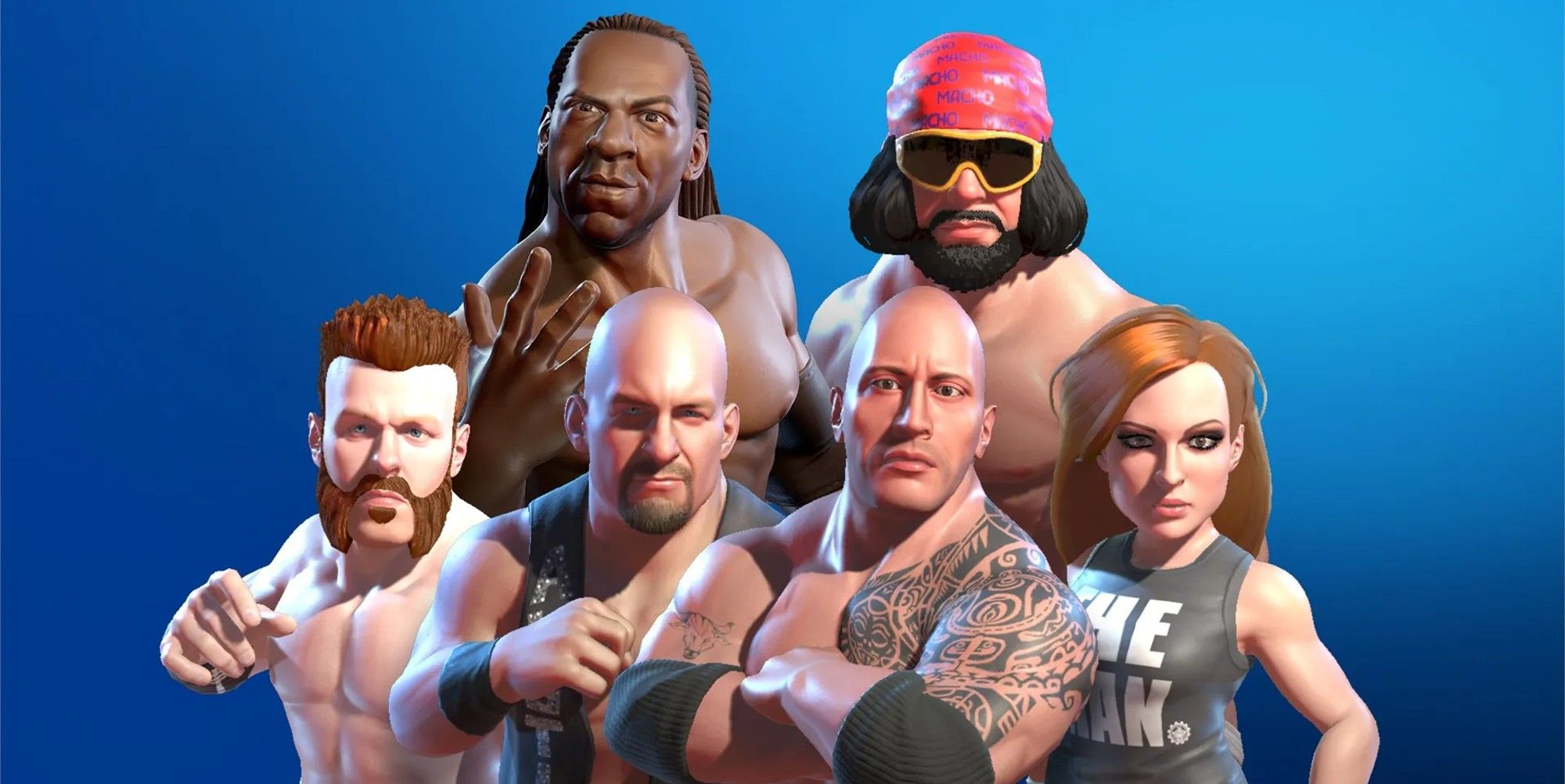 I don't want to throw any more shade at 2K for Battlegrounds than I already have. It's difficult to know what video game-playing wrestling fans want outside of a regular, good wrestling game. Battlegrounds ain't it, and all I can suggest is the sort of thing I would be willing to throw my money at if it were to come to fruition. Considering how hopelessly addicted I am to what is a very basic MyGM in 2K22, a full WWE GM game would definitely be a viable option, at least for me. However, since MyGM will likely never be anything more than one mode in a regular WWE game, then remastering or remaking WWE games from the past to fill those voids gets my vote.

If 2K were to even hint at a remaster, then they would be inundated with all caps tweets demanding that remaster be WWF No Mercy quicker than you can say headlock, drop down, hip toss. While the ability to relive and replay a sharper looking version of what might still be the best wrestling game ever made, I want a very different, non-wrestling wrestling game to fill the gap while 2K works on the next chapter in its main series, and I want that non-wrestling tradition to begin with WWE Crush Hour.

For any of you reading this who have never played Crush Hour, my condolences to you for missing out on 2003's Game Of The Year. Crush Hour wasn't holding a candle to the likes of Mario Kart: Double Dash, Simpson's Hit & Run, nor the very first Call Of Duty, but it was my GOTY all the same. Despite the WWE label, there was no wrestling involved. There were wrestlers though. Wrestlers in cars equipped with guns and rockets, tasked with driving around arenas and blowing each other up. As for those of you who are well acquainted with Crush Hour, I'm well aware it was terrible, but as a 13-year-old PS2 owner when it launched, the game had everything I was looking for as a way to waste all that free time I had back then. Wrestling, cars, guns, explosions. Sign me up, and as a 32-year-old now, I would like to be signed up again. 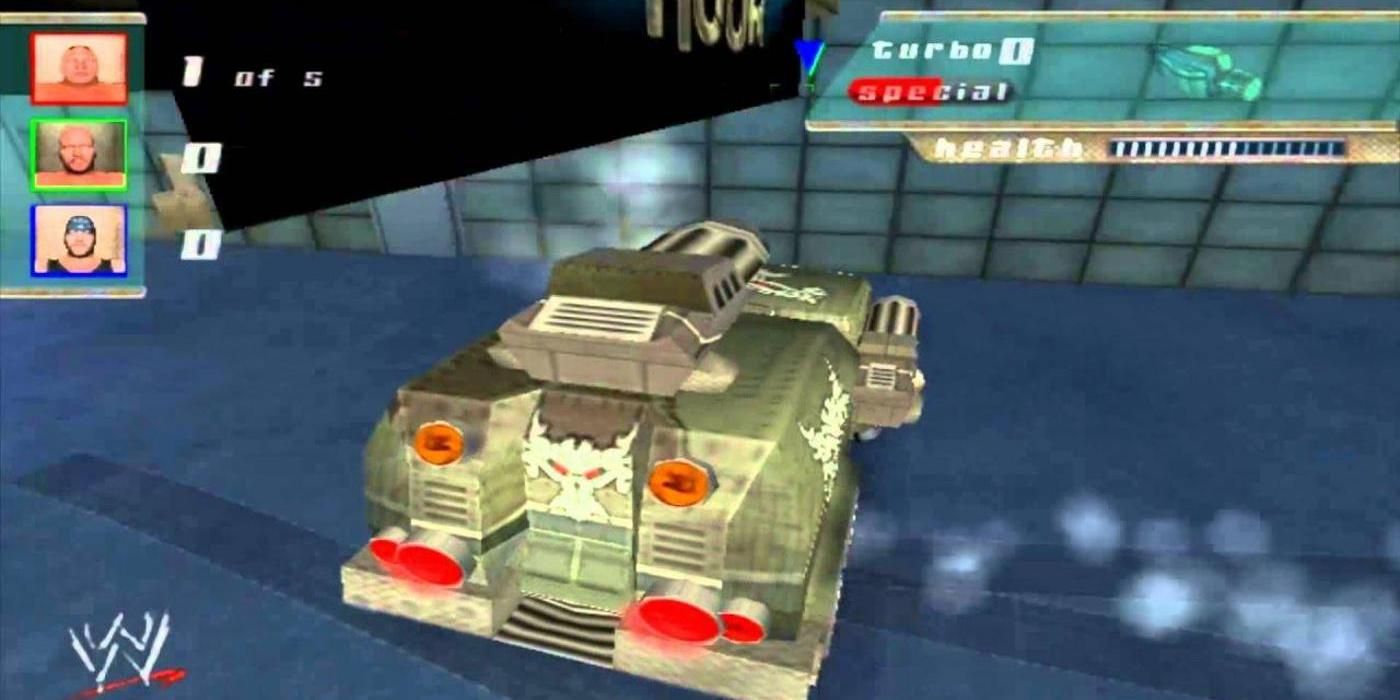 There is one rather sizable roadblock stopping Crush Hour's return, and it isn't someone at 2K happening upon this article and laughing for so long that WWE 2K23's release date gets pushed back a month. It's the tangled web that is video game rights. The same reason why N64's GoldenEye and the aforementioned Hit & Run have never been remastered or even re-released. 2K is relatively new to the wrestling game in the grand scheme of things. Before that, THQ and Yuke's were the heavy hitters. The former published Crush Hour as well as pretty much every other wrestling game before 2K took over. THQ filed for bankruptcy a decade ago, at which point its properties were auctioned off and Nordic Games acquired the THQ name. There's a chance THQ Noridc owns the rights to Crush Hour, but even if it doesn't, it's highly unlikely that 2K does.

If 2K does have the Crush Hour rights and decides to give me the best Christmas present ever by reviving the IP, then a remaster of the original game would still be unlikely. In fact, it would be impossible. A huge chunk of the roster in that game couldn't be included in a wrestling game today for a number of reasons. Chris Benoit is the first name that leaps off the roster page. Benoit killed his wife and son before killing himself in 2007, so his name has been all-but erased from the wrestling business off the back of that. Billy Gunn, Chris Jericho, and Matt Hardy are a few other names that made the cut in 2003 that definitely wouldn't be in a remaster should it ever happen due to them all being contracted to AEW right now.

This is all a pipedream, of course, and the odds of Crush Hour getting a remaster, remake, or sequel are almost non-existent. It's fun to think about though, and really my argument here is that 2K should give itself an undefined amount of time between its flagship games. Don't churn out a new installment every year, not even every two years if the next game isn't ready. Take your time, make great wrestling games, and give us fun spinoffs in between if you can. Remasters would be great and would definitely be a hit with the fans, but the old rosters and IP headaches might mean we'll need to track down a PS2 or a GameCube and an OG copy of Crush Hour if we ever want to play it again.