Xbox Game Pass Changes Ahead, Full Xbox Intergration Into TVs, And The Future Of Gaming 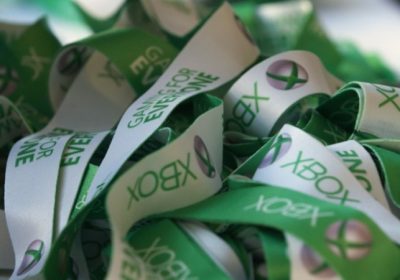 Microsoft leadership, including Phil Spencer, made a strong pivot towards the last half of the Xbox One generation, bringing the Xbox name back into the realm of gaming and Team Green’s original vision. Real change takes time, but Spencer and the crew have been upfront and detailed every step of the way. With E3 2021 on the horizon, Xbox leadership is back to give a preview of the year ahead. That includes a clear declaration of its commitment to the gaming community, how Xbox Game Pass will continue to evolve, and even things like full-scale TV integration. Let’s dive in.

Xbox and Bethesda are joining forces for the two company’s E3 presence this year on Sunday and promises to unveil its “best and biggest games line up.” With so many studio acquisitions already having happened, and more on the way, Spencer wanted to take a moment to talk about how the growing umbrella of Xbox is evolving and what that means for gamers – even beyond the Xbox console itself.

“We believe that games, that interactive entertainment, aren’t really about hardware and software. It’s not about pixels. It’s about people. Games bring people together,” said Spencer. “Games build bridges and forge bonds, generating mutual empathy among people all over the world. Joy and community – that’s why we’re here.”

“Gaming is fundamentally aligned with our mission as a company,” said Microsoft CEO Satya Nadella. “When you talk about Xbox’s mission to bring the joy and community of gaming to everyone on the planet, which I absolutely love, that is precisely aligned with Microsoft’s mission, which is to empower every person and every organization on the planet to achieve more.”

“As a company, Microsoft is all-in on gaming. Gaming is the most dynamic category in the entertainment industry. Three billion consumers look to gaming for entertainment, community, creation, as well as a real sense of achievement, and our ambition is to empower each of them, wherever they play.”

“We believe that Microsoft can play a leading role in democratizing gaming and defining the future of interactive entertainment. There are really three key areas where we believe we have an incredible competitive advantage: First, our leadership in cloud computing. Second, the resources we have to build our subscription service, Xbox Game Pass. And third, our overall focus on empowering creators.”

As we’ve mentioned previously in a detailed breakdown of the two very different generational strategies between Sony and Microsoft this time around, Xbox is focusing less on hardware specifically and more on ecosystem expansion. With Xbox Game Pass bringing even more gamers into the community and even encouraging them to try out titles they may not have picked up on their own (at no additional cost, mind), the continued growth and effectiveness of this subscription service is imperative. Because of that, Microsoft wants to expand beyond consoles and PC. Now, Xbox is coming to TV manufacturers beyond additional hardware.

Spencer and the team announced that they are working with global TV manufacturers to directly embed the Xbox experience directly into smart TVs (TVs that can connect to the internet and have app integration). The company wants to do this to eliminate a dependency on hardware with the exception of a controller. With the platform expansion goals in mind, Microsoft is also looking into exploring new subscription offers for Xbox Game Pass so that it is more accessible on a financial and global scale so that “more players around the world can experience the most immersive and fun games across devices, geographies, and financial realities.”

Also mentioned is Xbox All Access, something Microsoft is working with telecommunication providers on so that gamers can buy a console and Game Pass for a low monthly price, versus paying upfront at full retail value (much like companies do for expensive cellphones).

With that expansion in mind, Microsoft has also confirmed that Xbox Game Pass Ultimate, a service that includes Xbox Live, will be launching in Mexico, Brazil, Japan, and Australia later this year. This is especially good news when looking at the cost hikes in places like Brazil. When I worked in Recife, Brazil a few years ago, I was shocked to see that a console there could retail for $1000+ dollars, sometimes close to $2000 due to inflation. Seeing this sort of expansion in mind, including TV integration, will make it easier for all to dive right into the realm of gaming without breaking the bank.

Xbox also reiterated that its 23 studios, including Bethesda and id Software, are hard at work on creating epic new adventures. Because of that excitement, the goal for Team Green is to release one new, first-party game into the Xbox Game Pass library every quarter. This will include numerous genres, including FPS, RPGs, and more.

In the second video above, you can see both members of the Xbox leadership talking more about their commitment to the gaming community and what the road looks like ahead.