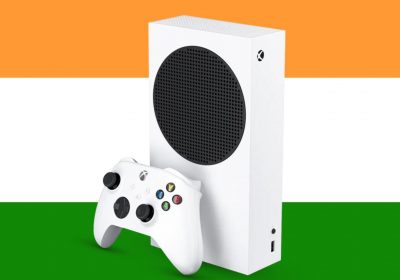 Xbox hasn’t really found its footing in the Indian market over the years. To date, PlayStation continues to be the popular console, but that isn’t purely based on sentiment or consumer preference. Xbox has hardly made any efforts in promoting its consoles or services in the country, which is one of the biggest reasons it has no substantial hold over the market. Now, it seems to be taking another step back as it has increased the price of the Xbox Series S in India for the second time in six months.

As reported by industry insider Rishi Alwani, the Series S, Xbox’s low-price alternative to the Series X, will now cost INR 39,990 or roughly $483 according to today’s exchange rates. The previous hike came in August 2022, when the price was roughly $458.

To put things into perspective, the Series S is currently available on the US Microsoft store for $239, which is now less than half of what it will retail for in India. Even the Xbox Series X, which costs $499 in the US, retails for INR 55,990 or $675 following a recent price hike. That is a massive $175 price difference, which casts a shadow of doubt over the company’s plans for the country.

There are a lot of factors to consider in this scenario like import/export taxes, currency conversion rates, and even the market size. Xbox has a very small fanbase in India, and it could be one of the reasons why it is just looking to maximize the profits from whatever minimal sales it can achieve there. However, as mentioned before, Microsoft doesn’t seem to be keen on popularizing itself in the country right now, as it doesn’t even have a basic verified Twitter account dedicated to the Indian audience.

Although, this increase is in line with something Phil Spencer said would eventually happen. Xbox tried to delay hiking the prices of its offerings as much as it could but eventually gave in and stated by announcing the $70 pricing for its upcoming exclusives.