New details have been revealed about this year’s ultra-powerful Xbox Series X console. It all started when AMD showed an image of the back of the new machine, complete with all of the system’s various ports and inputs. While this would turn out to be a render and not an official shot of the console, new information has since surfaced confirming what’s actually on the back of the device – and it’s pretty revealing.

According to a post on Thurrott, the Xbox Series X will have a grand total of seven ports  – although one may only be used for debugging, and might not feature on the final release.

If the post is accurate, the Xbox Series X will feature two USB-A ports, which Thurrott describes as “of the SuperSpeed variety”.

Fans will also be pleased to hear that there’s an ethernet port, as well as an optical audio input and a power connection.

Interestingly, as VG247 points out, the size of the power input suggests the Xbox Series X will use an internal power supply (so hopefully this means the only brick will be the console itself).

Finally, the report suggests that the new console will only have one HDMI port.

This pretty much rules out VR support as we currently know it, because the single HDMI means no second screen support – something that has proven popular on the PlayStation. 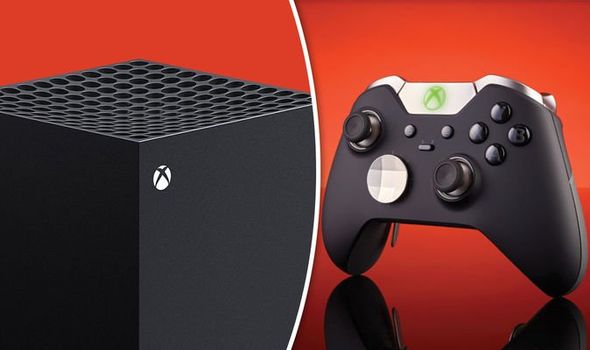 Elsewhere, it was revealed that the ports will be placed towards the bottom of the device, below openings for air intake.

It’s the second big Xbox Series X revelation in the space of a week.

In a recent post on Digital Foundry, it was suggested that the high-end Xbox Series X console will be more powerful than its PlayStation counterpart.

According to the post, the Xbox Series X will be powered by a GPU with 56 active compute units for a target of 12 teraflops of power.

That’s a big step up from the suggested 9.2 teraflop GPU powering the PlayStation 5.

“The test leaks that emerged in recent days tell us nothing about the CPU component but confirm 36 available compute units running at 2.0GHz – which while unconfirmed would give us a 9.2 teraflop GPU for PlayStation 5,” Digital Foundry points out.

Of course, it’s too early to understand what this means for developers, and what the pros and cons are for each system.

Likewise, the ports on the back of the device could change when the console launches later this year.