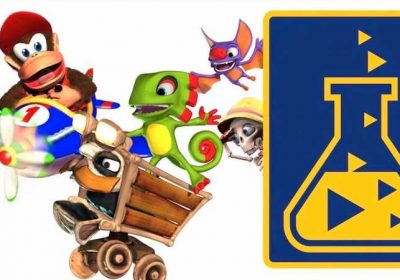 Playtonic Games, an indie developer founded in 2014 by former members of Rare, is launching Playtonic Friends, a publishing branch of the company. Based in Derby, England, Playtonic is best known for Yooka-Laylee, a 3D platformer released for Windows, macOS, Linux, PS4, Xbox One, and Nintendo Switch in 2017.

According to CEO Gavin Price, “As an operation we’re still going to be 90%, developer, 10% publisher, but with an eye on self-publishing in the future, we’re going to have skills and expertise in-house to help other people. The net result is hopefully that more games not only come out, but they come out with more chance for the developer to be sustainable moving forward.”

RELATED: Yooka Laylee Dev Playtonic Games Is Teasing A Rebrand, Claims There Is A “Good Reason”

Price insists that the company is not looking to drive its growth with Playtonic Friends, rather they want to ensure they can launch the games they want to launch. The company has revealed that it is currently working on games from Bullets Per Minute developer Awe Interactive, Slime-san creators Fabraz, and Ok Golf studio Okidokico.

“As with any new venture we are very choosy — we look for a good fit in terms of what we’re capable of doing and doing right. We’ve set aside an initial pool of money and we’re thinking of it as its own separate business. It has to stand on its own two feet, and hopefully that means we get good at what we’re doing and we scale up and can get bigger,” Price said.

The company is focused on projecting a ‘friendly’ approach to publishing by finding great content yet allowing developers to follow their own creative path. “Developers have often poured a lot of time in to get to the point where they need a publisher. And there are so many deals that ignore that fact,” Price said.

Playtonic, which will partner with Renaissance PR for its new venture, has also recruited former Green Man Gaming and Focus Multimedia exec Steph Darrah, who will serve as business development manager, and Playtonic executive producer Andy Wilson, for the Playtonic Friends team.