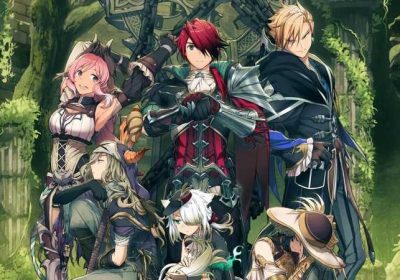 Publisher NIS America has confirmed that Ys IX: Monstrum Nox will be heading to PC and Switch on July 6, 2021. In a new, surprisingly grainy trailer, we get to see some gameplay of protagonist Adol’s latest adventure. It doesn’t reveal much we don’t already know from the PS4 version, but it’s great to see that the Switch version runs at a really stable framerate.

On the official Ys IX website, it’s noted that Europe will receive the Switch port on July 9, 2021, and Australia will get it on July 16, 2021. The PC version is seemingly worldwide, so you’ll be able to nab it from any region when it releases this summer. That’s great, too, because more people playing Ys is never a bad thing.

I’ve yet to personally play Ys IX (I’m waiting for that PC port), but from all accounts, it’s a great game. The series has flown under the radar for many years but started to gain a lot of traction thanks to Ys VIII: Lacrimosa of Dana. Acclaimed for its evolution of the traditional Ys formula, Monstrum Nox follows in its footsteps and expands the combat options even more.

With ports of the older games making their way to PS4 and Switch, fans have a ton of options for which Ys game to start with. None of them are outright bad and they all have relatively self-contained plots, so I’d say go with whatever looks good. Monstrum Nox seems like as good a place as any to begin your journey with Adol.