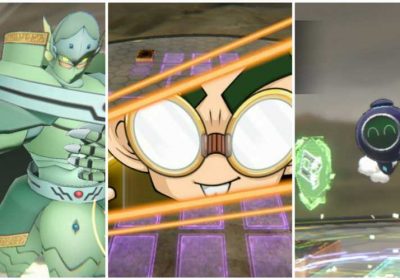 Yu-Gi-Oh! Cross Duel casts Yu-Gi-Oh! in an entirely new light: instead of executing complex combos and filling your board with monsters, you instead have to strategically deploy your cards into battle in various lanes so that they'll conquer the entire battlefield.

At least, this is the process for the game's various competitive modes. But Cross Duel also features a cooperative mode: Raid Duels. Here, you'll be teaming up with duelists across the world to take down powerful Raid Bosses, who have incredibly high stats and many special abilities at their disposal. This guide will teach you everything you need to know to master this unique game mode.

What Are Raid Duels?

Raid Duel is a four-player cooperative mode for Yu-Gi-Oh! Cross Duel. You'll be teaming up with your fellow players to take down a Raid Boss: a large, powerful monster in the centre of the map. Raid monsters have no defence stat, but instead have massive attack stats that will dwarf anything you put up against them.

Conversely, Raid Duels are lost when either the team's life points hit zero or the turn limit is reached. The number of turns you have to defeat the Raid Boss will vary between duels, so make sure you always know how many turns are left in the duel!

Each turn in Raid Duels is split into three phases. The first phase is the boss phase – unique to Raid Duels – whereas the others are the main and battle phases from standard Cross Duels. In the boss phase, the Raid Boss gets to act, performing a selection of actions that could vary from changing which direction it's facing to summoning minions to aid its cause.

The first thing you will notice about Raid Duels is that the Raid Boss always faces a certain direction. This means that Raid Bosses usually have an exposed weakness from at least one attack angle – usually on their back. Attacks dealt to these weak points will deal double damage, so if you have a weak point facing you, you should take full advantage and launch some of your most powerful monsters into the fray.

You can also occasionally stun Raid Bosses during the match by fulfilling certain conditions – these could vary from clearing objects to dealing a certain amount of damage. When it's stunned, every side of the Boss becomes a weak point, making this the perfect opportunity to go all in!

The Raid Boss has a number of tricks up its sleeve to fight back, however – here are all the actions that Raid Bosses can perform in the boss phase:

You will need to work with your team to play around these moves and overpower the Raid Boss.

In particular, the objects that Raid Bosses occasionally spawn will have various effects, such as augmenting the Boss' abilities. These can appear on any path on the battlefield and can be taken down by sending monsters to attack them. They don't have attack stats, only a hit points value that will decrease by one for each monster that attacks it. Thus, clearing obstacles from the field is all about how many monsters you send in rather than how powerful those monsters are.

Clearing obstacles is a great way of getting mileage out of your weaker monsters, since they will be just as effective as the most powerful attackers. Moreover, since many low-level monsters have access to the Anti-Object ability, which increases the damage they do to objects by one, they could be even better than the big hitters!

When you choose a Raid Boss to face in battle, you will also need to decide what level you want that Boss to be at. Each Raid Boss can be between levels one to three, and as you might expect, Bosses at higher levels have more attack points and are harder to defeat. However, they also give out increased rewards, so if you're up to the challenge, then it's worth taking them on.