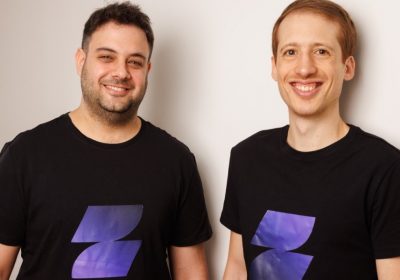 Zenity, a developer of a platform for securing increasingly prevalent low-code/no-code applications, today announced it has emerged from stealth with $5 million in seed funding.

Launched just this past April, Tel Aviv, Israel-based Zenity was founded by CEO Ben Kliger and Chief Technology Officer Michael Bargury, Microsoft alums who had worked together on the Azure cloud platform and on cloud security.

Low-code/no-code tools simplify app development and open the process up to non-technical workers. The tools typically provide a visual approach to creating apps, such as with drag-and-drop methods.

A recent survey conducted by Salesforce, which offers low-code tools, found 83% of IT leaders report plans to boost their use of low-code platforms for app development.

Along with Salesforce, other providers of low-code/no-code tools include Microsoft (with its Power Platform), Mendix, Appian, and Airtable.

However, even with all of their benefits, low-code/no-code methods bring the potential for introducing vulnerabilities unless there are strong security and governance practices, according to Zenity.

The Zenity platform provides “full visibility and control” over low-code/no-code app development platforms, according to the company’s website.

This includes continuous scanning of every application component for security policy violations, as well as detection of anomalous app behavior, data exfiltration, and high-risk users, according to the website.

Zenity said it’s currently working with customers that are using the company’s platform, including Fortune 500 companies.

Currently, Zenity is the “only cross-platform governance and security solution for low-code/no-code applications and automations,” the company said in an email to VentureBeat.

“The uniqueness is in the ability to analyze every low code/no code component, in any platform, in the business logic level, and in a continuous manner,” the company wrote in a statement. “Zenity then flags security issues and adds a new kind of visibility and control layer for modern business applications.”

The startup said the funding will go toward the expansion of R&D, marketing, and sales activities.

Zenity currently has a staff of 15 and plans to double its headcount in 2022.

The seed round was led by Vertex Ventures and UpWest, and also included investments from Gerhard Eschelbeck, formerly the vice president of security at Google, and Tom Fisher, the former CIO of SuccessFactors.