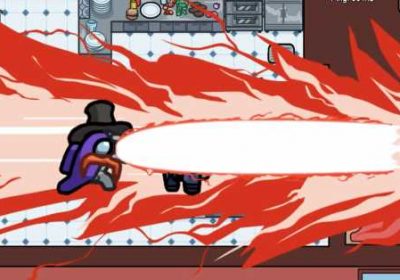 There’s murder aboard the flying vessel! The highly anticipated Among Us map, the Airship, is available to play now, developer InnserSloth said Wednesday. It’s the biggest update to Among Us since the game went viral in fall 2020 and the game’s biggest map yet.

The developer also shared what’s next for Among Us, including a larger lobby that will allow for 15 players to play at once and a revamped art style. “[InnerSloth artist] Puffballs has completely updated the art style with cleaner lines and an easier animation process,” the developer said. “Can’t wait for you to see that soon!”

In addition the large map size, the update introduces new tasks and new ways to sneak around, and also includes a feature that allows players to pick where they start from after an emergency meeting.

New tasks will assign the Crewmates to do grunt work, like pulling an oversized garbage bag out of a trash bin (relatable) and polishing jewels. The new map also has multiple levels which will require players to use a ladder to get up and down, and floating platforms that will help you take shortcuts to new areas.

The Airship update for Among Us is live on all platforms now.

Correction: An earlier version of this article indicated that Among Us’ 15-player lobbies and new art style were live now. That is not the case. The headline and opening paragraph have been edited to reflect that information.