It’s easy to miss, but there’s a split second in the teaser trailer for Breath of the Wild’s sequel where Link’s hand starts glowing blue, seemingly overtaken by a mysterious force that has been keeping a great evil at bay. This small moment might have big implications for what’s going to happen in the overall game.

Two years ago, Nintendo held a GDC panel where Breath of the Wild developers discussed how they created the game. They showed early prototype iterations and concept art that didn’t make it into the actual game. At least, not initially. One seemingly outlandish idea, for example, was Link riding a motorcycle. Months later, Breath of the Wild DLC put that mechanic into the actual game — so we know that the development team is open to using existing ideas from the concept art.

You might find it interesting to know, then, that two ideas presented during the GDC talk had to do with Link’s arm.

It’s an armless link, who apparently has the capability to use that appendage as a tool. We see his arm become a hammer, a bow, a lasso, and a bomb dispenser, among other things. While this never made it into the first game, it seems reasonable to assume that Link’s glowing arm in the sequel teaser has meaning, and that it signals a change in what Link is capable of doing. Whether or not the force overtaking Link’s arm is a good one is a subject of debate among fans, though the whole glowing red light thing in the concept art does give it a menacing air.

Another interesting thing about the early concept art is that one specific piece also seems to coincide with a different moment shown during the teaser trailer. At the end of the announcement, we see Hyrule castle start to lift itself from the ground: 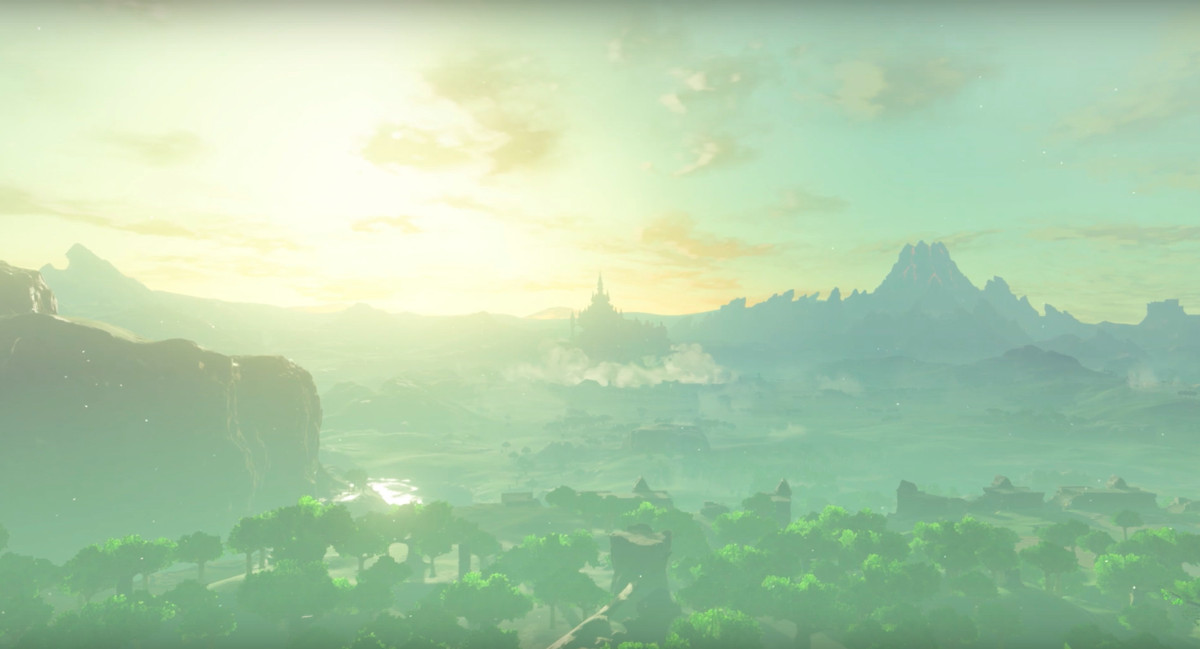 Wouldn’t you know it, Nintendo showed us something like this two years ago:

Granted, it’s not a castle, but still. What’s curious about this slide is that it shows Ganondorf, who never actually appears in Breath of the Wild. There’s a mummified figure in the teaser, however, that sure looks like a red-haired Gerudo with a jewel on his forehead. Probably Ganondorf. And we know that Calamity Ganon, who is in the game, was originally a Gerudo, (again probably Ganondorf). Between that existing lore and concept art pointing at Ganondorf in a floating piece of land, it seems pretty likely that we’re going to see this old foe once again in the Breath of the Wild sequel. 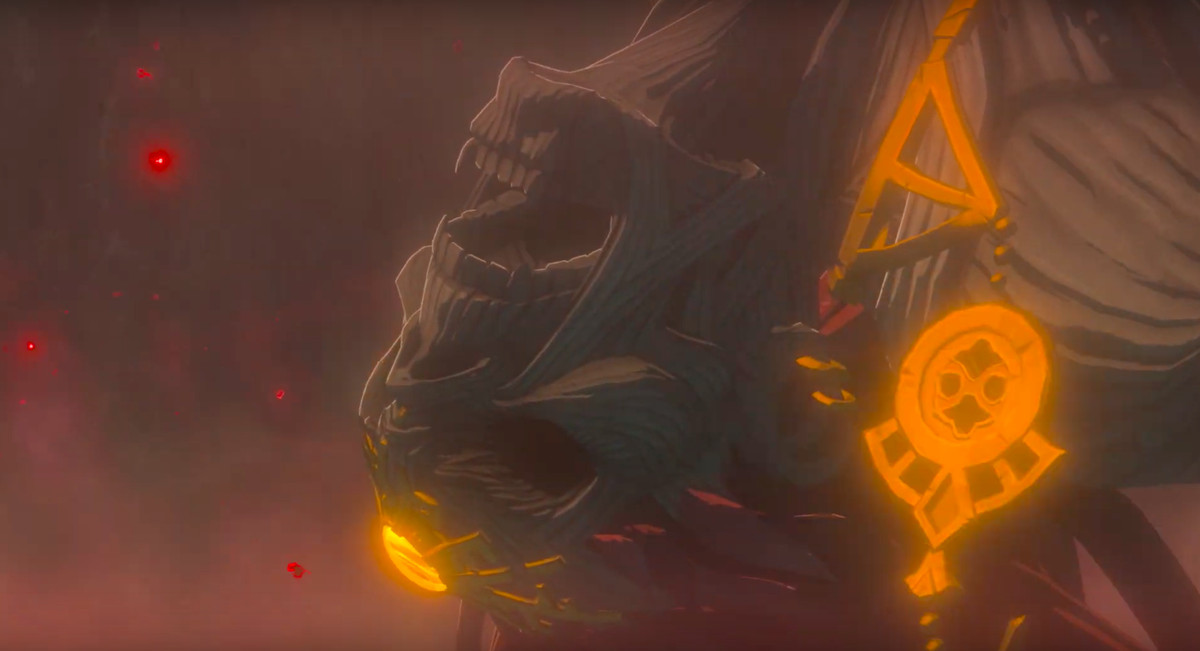 One of the most popular theories floating around right now is that Breath of the Wild’s sequel may challenge what we think we know about the evil mastermind. If we look back on the myth presented at the start of Breath of the Wild, you might remember it shows a hero of time that looks nothing like Link. It, like the mummy in the teaser, has flowing red hair, and a pig-like head. 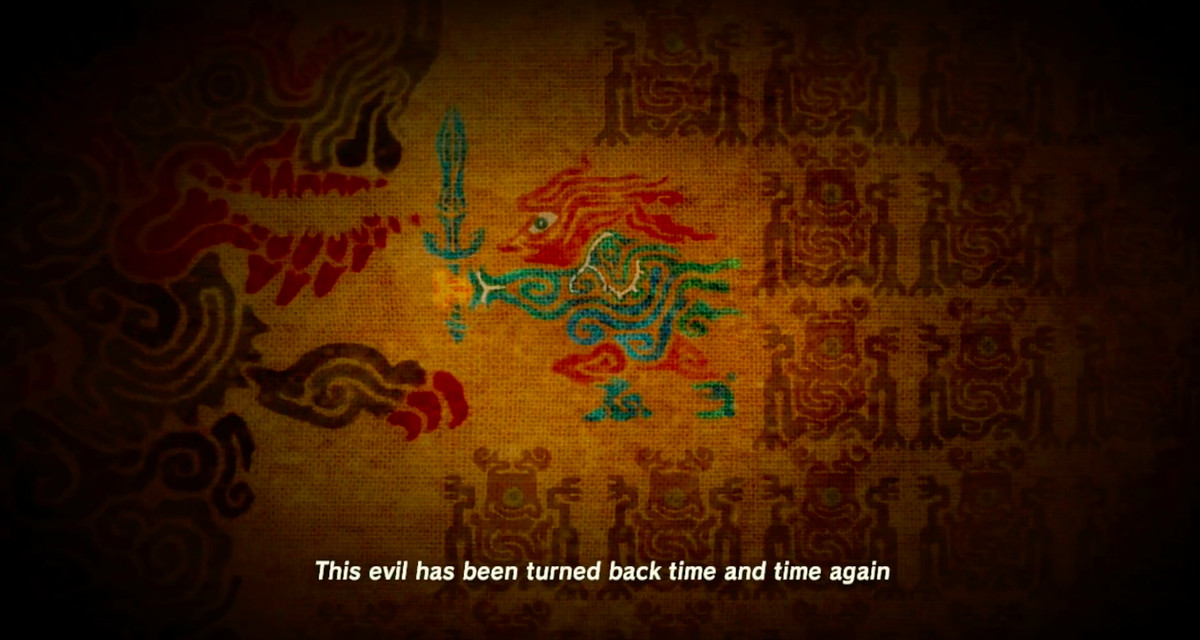 This has got some people speculating that perhaps Ganondorf was the original hero of legend in this world, which sure would be a twist. I’m not sure I buy it, though. There’s pretty strong evidence that the evil-looking mummy is Ganondorf, but when we know that this villain can take on many forms, including projections, who can really say yet? But until Nintendo tells us more, the Zelda fandom will likely work itself into a frenzy trying to decipher the teaser trailer. I am totally here for it.