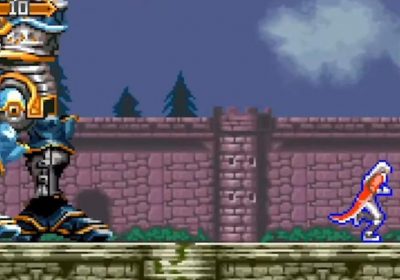 The Castlevania games originally released on the Game Boy Advance are now coming to Nintendo Switch, PlayStation 4, Windows, and Xbox One. Nintendo announced the Castlevania Advance Collection at Thursday’s Nintendo Direct with a new trailer and gave a look at some new features coming to the title.

The collection includes a series of games originally released in 2001, 2002, and 2003: Castlevania: Circle of the Moon, Castlevania: Harmony of Dissonance, and Castlevania: Aria of Sorrow. A bonus addition is another SNES title from 1995, Castlevania: Dracula X. There’s a new rewind function to help players backtrack, and a few more quality of life additions like quick save and button mapping.

The Collection was rated by various game advisory committees such as the ESRB before it was officially announced, giving players a heads up that the game would be coming. However, Thursday’s Direct gave us a better look at what to expect from the upcoming Collection, which is set to release on Switch today.