Home » Nintendo » I was institutionalized as a teen, and Wario was my only friend

I was institutionalized as a teen, and Wario was my only friend 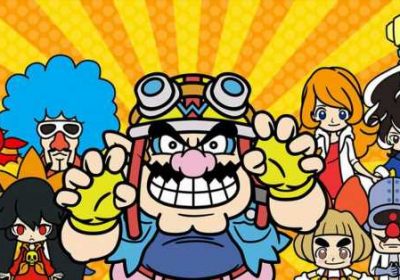 I was institutionalized in the youth mental ward of a hospital when I was sixteen years old, dealing with a manifestation of what would later turn out to be bipolar type 1. It was a wild and, at times, terrifying period in my life. On my first day in the ward, an older boy made a run for it, which triggered a full lockdown sequence. It wasn’t a great start to an unpleasant experience.

Our menu was bland — mac and cheese, basic salads, soup and crackers, chicken burgers, tasteless fries — and served at the same times every day. Even the paint on the walls felt oppressive, with the wall painted horizontally with dark blue on the bottom half and tan on the upper. One of the staff later mentioned to me it was intentional, something that they claimed helped wear down patients’ defenses so they’d open up to treatment and talk therapy.

I only spoke to a psychiatrist twice during my two week stay, and had a couple of focused therapy sessions per day. That left a lot of time to fill. The schedule was strict in that we had to be in the TV room watching a movie from 4:30 to 6, or be confined to our rooms at certain hours, but as long as you showed a willingness to follow the schedule, you could entertain yourself and just hang out around the pre-approved non-therapeutic activities. Then, it was Wario time, baby. I had the crown jewel of the ward, the device that everyone envied and no one dared touch.

Unrestricted access to pencils and pens was strictly prohibited. There was one communal computer with terrible Internet. But no one could see the harm in a purple plastic GameBoy Advance, which came with a couple of games. The only one I really played was WarioWare Twisted, which offers a series of rapid-fire minigames that can only be passed by memorizing the games and necessary motion controls.

I got really, really good at WarioWare Twisted. I would play for hours at a time in between doing therapeutic work with clay and occasionally being visited by family members. You can’t really think when you play Twisted; you just react. Shave! Count sheep. Don’t trip! Ok, now fight a nose with a mecha robot. Disarm a samurai, then stroke your chin. Synchronized dance routine!

The more rounds you complete, the faster it goes, until your brain isn’t even making any conscious effort. You only recognize the specific mini-game half a second after your hands are already moving, the world narrowed down into flashes of color, sound, and Wario noises set to an increasingly manic rendition of the Mona’s Pizza theme.

Twisted’s chaos helped drown out the chaotic feeling of being in a ward with people who were sobbing, disassociated, or at times strapped down and restrained. It was a weird place, with weird customs and little economies. For instance, every morning, kids would raid the kitchen for a bowl of condiments. Ketchup packets were highly valued, as they covered up the taste of common hospital foods.

We’d trade with each other: Want some computer time? That’ll be six packets. Interested in a book someone checked out from the shared library? They’ll probably let you read it… for a couple of packets. Kids offered me ketchup packets in the dozens, and I’d occasionally let them take a spin on the Advance so I could keep a store for my own trades. After all, I was a sucker for the romance novels that weirdly ended up in the ward’s library, presumably from a well-meaning donation.

At one point, the hospital staff found out that one kid had become the kingpin of ketchup packets, storing them in the space between the wall and baseboard and in his pillow cases. Security scoured his room, confused, while he howled in agony. Part of it was the conflict itself, but part of his pain came from the fact that he was down to nothing now, and had no access to the entertainment barter economy we had set up.

The poor guy was a regular trade partner of mine, and the state was removing his access to crucial supplies of Wario. The moment was surreal, especially punctuated by the evil singing of Pizza Dinosaur, but I didn’t have to focus on the circumstances unfolding a few doors down from me too hard. I had to fill a pit with dirt, chug a margarita, and perform the wave, and I had to do it fast.

WarioWare was a strange way to find comfort. The GameBoy Advance is long gone now, and its gyro controls make it nearly impossible to emulate. Now that I’m older, with repetitive stress injuries in my hands, I can’t really handle that sort of challenge anymore. But I find Wario kind of soothing. He’s just got a friendly face. Also, I’ll put on the Mona’s Pizza theme from time to time, because that still bangs hard.

Fifteen years later, I’m in a happy, healthy place. I still owe a debt of gratitude to my time in the ward, where I was prescribed Wellbutrin and given some Cognitive Behavioral Therapy. It was a hard experience to go through, but I had something to focus on during all that time to keep me on track and distracted from the worst of the ward’s weirdness. So really, Wario deserves some of the credit too.