Pokémon Sword and Shield’s grass-type starter is a little green monkey named Grookey. He comes packing a little stick, and is unquestionably adorable. But you know that already because you picked Grookey!

What is Grookey weak and strong against?

Being a pure grass-type, Grookey and its evolutions are weak against fire-, flying-, ice-, poison-, and bug-type moves. It has an advantage against ground-, rock-, and water-type Pokémon. Keep in mind that only Grookey’s grass-type moves will deal extra damage to the types listed, and other type moves won’t necessarily have the same effect.

What does Grookey evolve into?

Grookey evolves into Thwackey at level 16. Thwackey is a larger monkey with a larger stick and slightly more attitude than his original form. He remains a pure grass type, though. 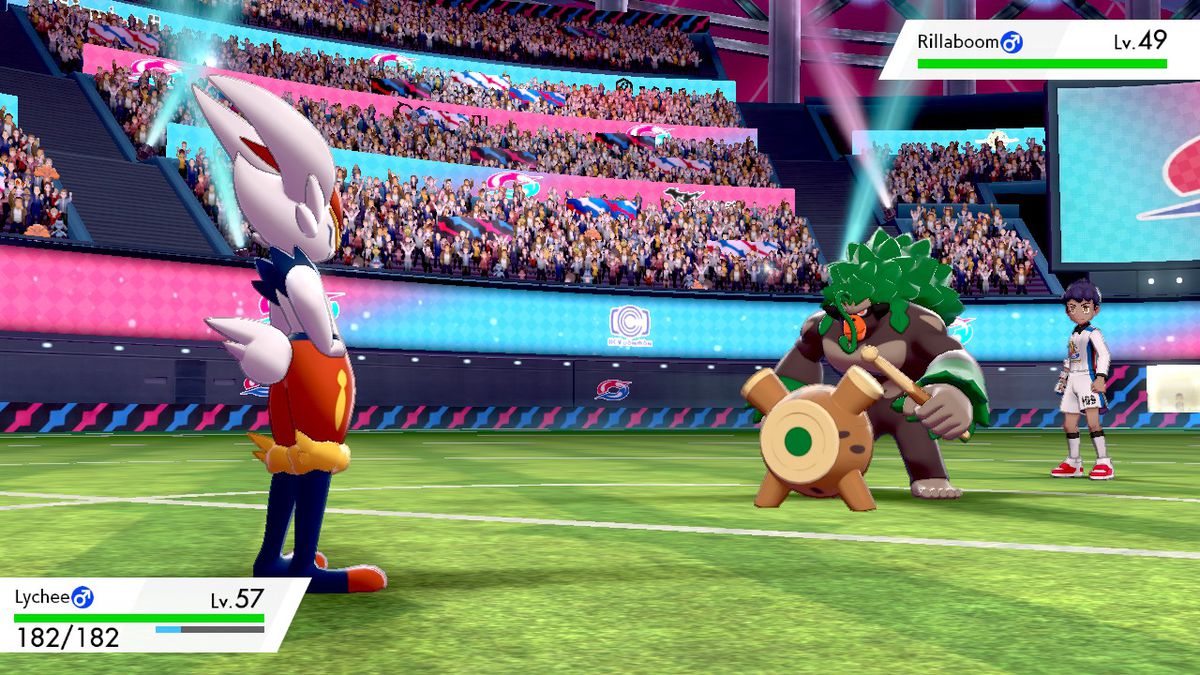 Thwackey evolves into Rillaboom at level 35. Rillaboom is an enormous ape with a giant drum, similar to Nintendo’s own Donkey Kong. Like all the forms before him, Rillaboom remains a pure grass type.

The Grookey family’s passive ability is Overgrow, which boosts the power of grass-type moves by 50% when at 1⁄3 HP.

What are the best moves for Grookey, Thwackey, and Rillaboom?

Rillaboom’s signature move is Drum Beating. It learns Drum Beating, a grass-type move with 80 power that lowers the target’s speed, when it evolves into Rillaboom.

You can only obtain Grookey and its evolutions through picking it as your starter or by getting it from another player via trade. Dittos are especially helpful for making copies of the starting Pokémon, as it removes having to give up the one starter you get.