Every Pokémon game has a group that’s up to no good, but it seems that developer Game Freak is trying to make its villain topical this time around. Today’s new Pokémon trailer revealed Marnie, a goth woman who will be your rival. She’s apparently big enough that she has a rabid fanbase who will fight for her, and they’re known as Team Yell.

How devoted is Team Yell? Well, for one thing, the dudes literally carry around Marnie posters. It’s all a touch weird and uncomfortable, but it fits with today’s world of influencers and stans. Who hasn’t gotten attacked on Twitter for saying something untoward about a celebrity?

Based on what little we know of the game thus far, it seems that Sword and Shield will take on what it’s like to be famous. You could think of big trainers as Pokémon influencers. To wit, Leon, the regional champion, is known as a famous figure whose design includes a cape full of brands.

We also know that gym battles take place in stadiums, and previous trailers have taken care to highlight all the cheering fans. A leak from earlier this year, which is increasingly looking more and more real, also notes that the upcoming games will require you to get “endorsements,” a key part of being an influencer. 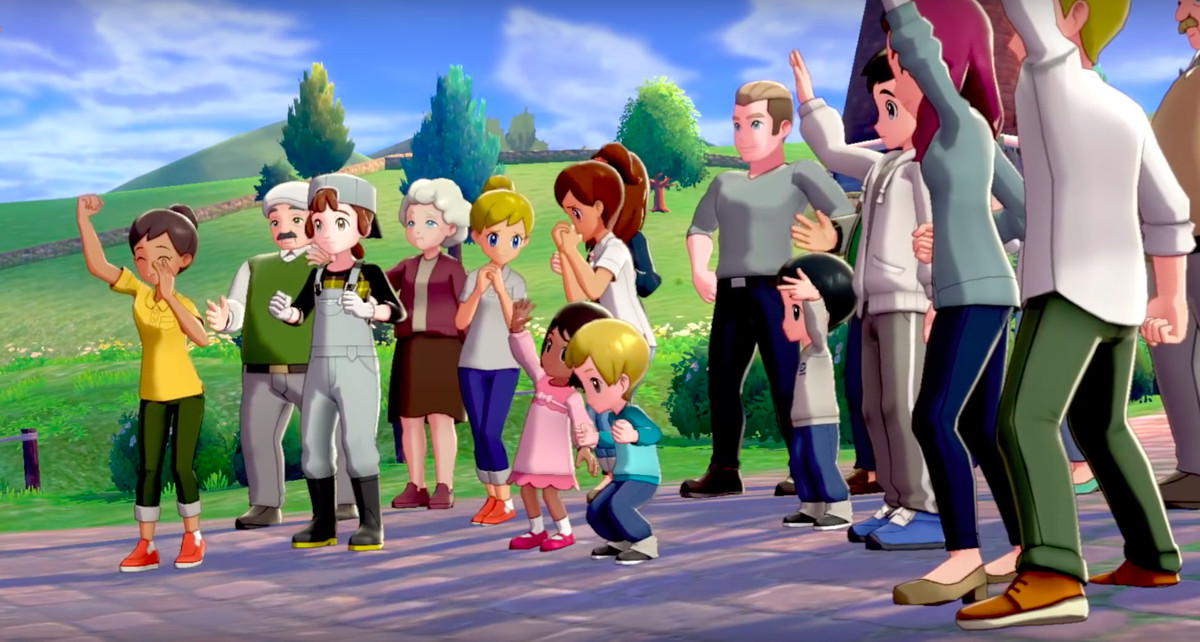 Pokémon Sword and Shield, which releases on November 15 for Nintendo Switch, takes place in the UK-inspired Galar region. The upcoming monster collecting games will include all-new creatures, though the title has come under fire for having a limited roster. New features include Dynamax and Gigantamax, both of which make Pokémon huge and powerful.

Sword and Shield’s starters are Grokey the grass-type monkey, the fiery Scorbunny, and Sobble, the sensitive water-type.