Do you know that feeling of coming home after being away for a long time? When you’re sitting on a train or the bus, watching familiar sights pass by, to eventually open your front door to settle back into a home that feels both comforting and yet somehow new after your trip? It’s a curious, and special, part of the human experience.

But physical travel isn’t the only time I’ve experienced that feeling; the emotion can also be inspired by certain games. One of the best examples of a game that captures this particular emotion for me is The Legend of Zelda: Breath of the Wild.

The Legend of Zelda series, as a whole, has always been effective in making me feel like I’ve returned home when I spend time in their worlds. The first time I noticed the phenomenon, which I’ve been taking to calling the “holiday immersion” effect for lack of a better term, was coming back up to the surface of the Great Sea after exploring the submerged Hyrule Castle in Wind Waker. In Breath of the Wild, I’ve felt this emotion the strongest in Hateno Village. 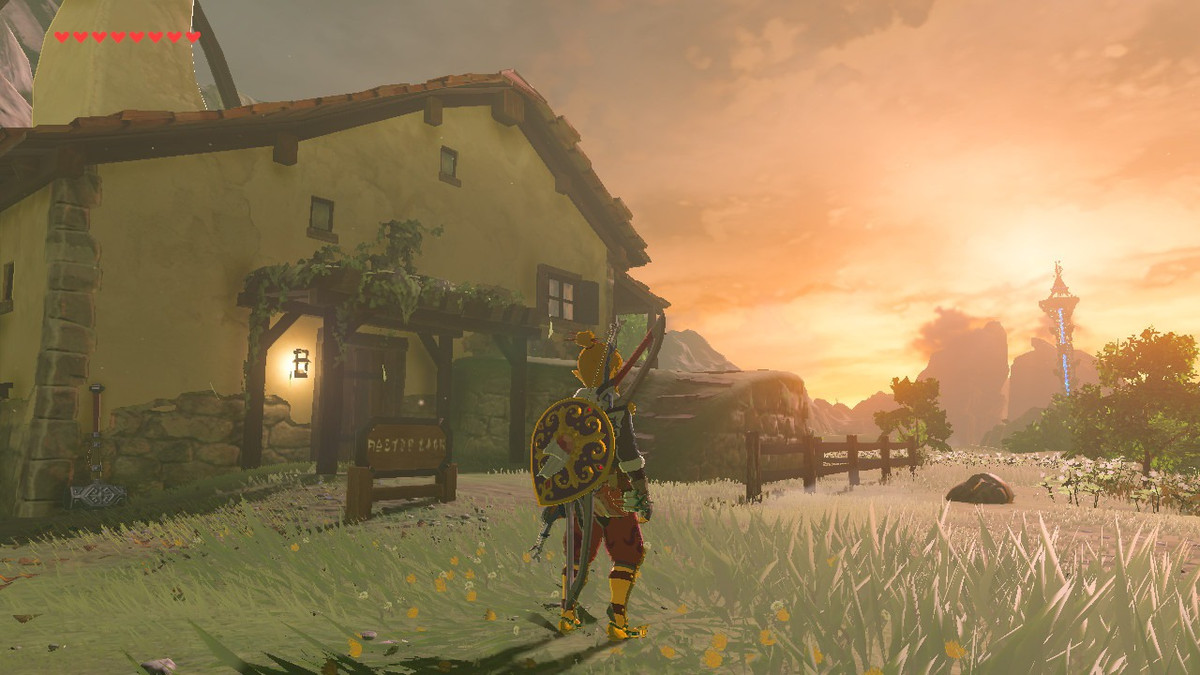 Hateno Village is one of my favorite places in Breath of the Wild.
Nintendo

Returning to this location with an inventory full of ancient screws and gears to upgrade my Sheikah Slate and strolling through the village pathways already does a good job of bringing me back to a comfortable place. It always feels as if I’m returning to my favorite port during a storm, and can finally breathe out. I know, or at least feel, like things are going to be calm while I’m there. I can relax.

Hateno Village is also the location of my in-game house, which is decorated with all the rare gear I’ve come across during my adventure. It’s like popping back home after a little holiday to the Gerudo Wastelands or Zora’s Domain, even without a novelty “I <3 Prince Sidon” T-shirt to prove I had been there.

A Link to the Brain

I wanted to find out just why games like Breath of the Wild make me feel the things I do. So I got in touch with Jenny Saucerman, an instructional designer with a master’s degree in educational psychology who creates educational games and simulations.

According to Saucerman, there are three different psychological concepts at play when I feel like I’ve come back home in Breath of the Wild.

“One of them, from cognitive psychology, can be the familiarity effect,” Saucerman explained. She told me a story about a song that her husband used to enjoy, and she remembered noting that he hadn’t liked it the first few times he’s heard it. But hearing it over and over allowed it to grow on him, increasing the pleasure he found in the song.

“So the familiarity effect is, the more frequently we encounter something — a stimulus, a person, thing, a place — the more likely we are to like it … that’s why we like songs we hear,” Saucerman said. “That’s kinda how marketing works too, you encounter this stimulus a lot so you’re much more likely to recognize it, and then like it. So if you’re talking about having played several Zelda games, I think that would definitely play into it. You’ve experienced it a lot, and so that definitely increases your likelihood of really liking it.”

This explains why I was able to identify Wind Waker as one of the stronger instances of feeling holiday immersion. The Great Sea is called “great” for a reason: It’s massive. Traversing it takes up a majority of my time in the game, and so it would make sense that the familiarity of its big blue expansiveness can trigger a strong, positive feeling in my brain.

The familiarity effect also makes sense within the context of Hateno Village in Breath of the Wild. Its shops, homes, and NPCs remain consistent throughout the game, always relied upon to be in the same place, say the same stuff, and do the same things.

Increasing positivity through repetition only works if the environment or cues being repeated are positive, though. I enjoy the things that stay the same in Hateno Village, and the act of navigating across the surface of the Great Sea is calming and satisfying.

It’s a cumulative effect for me, making both the sense of place and the sense of peace I get from being in these locations stronger and stronger. And that feeling is also built across the Zelda series itself. I’m filled with a sense of exhilaration and familiarity every time I pull the Master Sword from its pedestal, no matter the game. 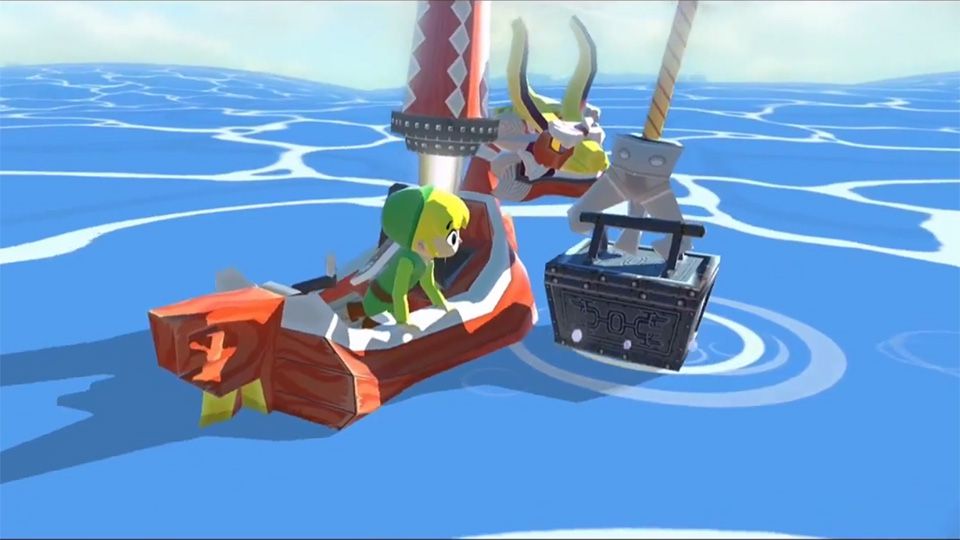 The Great Sea is a comfortable, welcoming place for me.
Nintendo EAD/Nintendo

There is a chance, though, that you found these interactions annoying, or found traversing the Great Sea frightfully boring. The opposite reaction may have happened in your case, and you may have grown increasingly frustrated by returning to these places. Trying to tap into the familiarity effect in game design seems like it can be risky in that regard; you’d need to be really sure the places you’re designing for the player to return to over and over continue to feel good to that player, without building a sense of annoyance over time.

This also all leads rather nicely into the next psychological concept: the Third Place.

“The Third Place is a different environment that is neither home nor work,” Saucerman said. “It’s an environment in which we often socialize with people. This first was a theory in the ’80s or so, but it’s since been applied to virtual spaces. There’s a lot of hand-wringing about kids never playing or talking to each other, but what we’re finding is they’re just creating their own third places in virtual worlds.”

Saucerman thinks that this concept applies even in a single-player game like Breath of the Wild, and that our interactions with the NPCs that inhabit them fulfill the social aspect of a Third Place. These characters might not be real people, but the experiences we have with them can still feel like real interactions with others.

And it’s fascinating to think of Hateno Village and the Great Sea as being neither “home, nor work.” They’re not where I came from in these games, nor are they where I tend to move the story along. They’re a resting place between those two ideas, like a favorite coffee shop in a foreign city you’ve visited more than once.

The final psychological concept that Saucerman thinks might apply here is nostalgia, and how the human brain carries out memory recall.

“A lot of people really cling onto the ‘human brain as computer’ metaphor, and I think it’s very helpful in a lot of situations,” she explained, “but we aren’t machines and so there are limitations to that metaphor.

The Legend of Zelda: Breath of the Wild guide and walkthrough – Polygon

“In memory recall, a lot of how retrieval is affected is by our current moods and states. So if I’m feeling happy, if I’m excited to talk to you about Breath of the Wild because it’s an amazing game, I’m much more likely to remember happy memories and experiences within that game. If I’m pissed off because I’ve been sitting in traffic for 90 minutes, or I had a bad interaction with someone, I might be a lot more likely to remember — if you asked me about the game — I might be more likely to remember the frustrating trials, for instance, or my failures.”

This aspect of the feeling I’ve been describing throughout this piece may be one of the most interesting, because it only works if my brain is in the right place. Would the feeling grow less intense were I writing this in a bad mood? Would I never have noticed the feeling at all if I were to only play Legend of Zelda games when I was upset, rather than reaching for them to relax and to create positive memories?

Memories are subjective, and they can change with time and emotion. My reactions to these games may have as much to do with when I played them and how I feel when I choose to talk about them as they do with the games themselves.

Returning to our favorite places

These three phenomena may all contribute to making certain places in Breath of the Wild, and other games like it, feel like home to me. What also helps is the emergent narrative in Breath of the Wild. No two people will go through the game in exactly the same way, and in many cases the best stories to come out of the game happen due to my own actions, not anything specifically written in the narrative or dialogue.

“There is kinda a story built into it, but for the most part, the narrative emerges from play,” Saucerman said. “I think there’s a lot of meaning in being a co-creator of a story. I think this is why you see very long fanfiction about games like Civilization or the Sims. Breath of the Wild is very similar.”

Having so much control over the pacing and story of your own adventure helps make these places feel real instead of created. You’re not being told a story, you’re helping to create one. And that means that when I revisit a place like Hateno Village there’s a part of me that doesn’t just see it as a fictional place, but as a part of the world I helped bring into being, or at least added meaning to through my actions and decisions.

I may be a visitor, but I’m not a tourist. 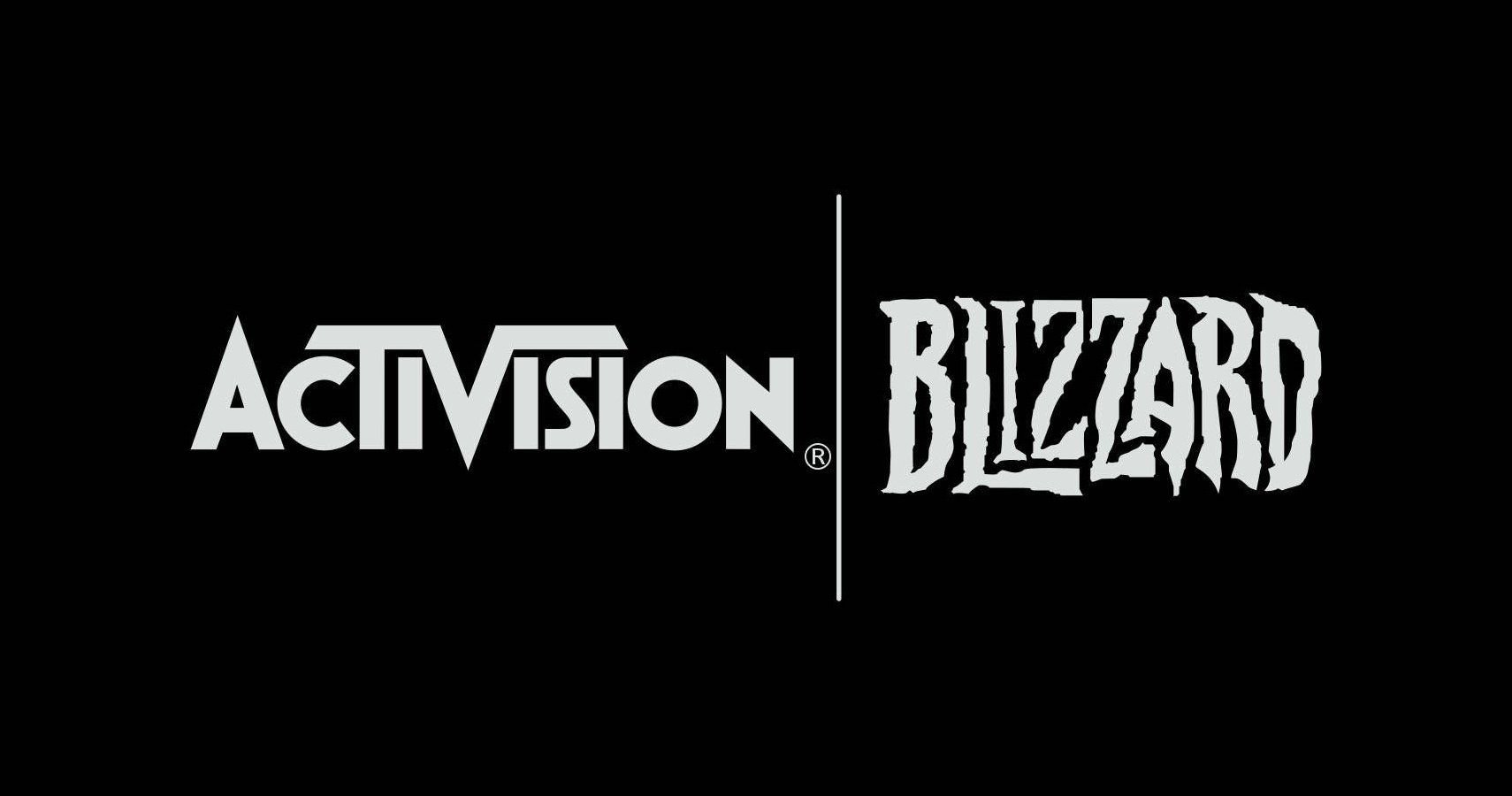