Home » Nintendo » Waluigi is having a great week

Waluigi is having a great week 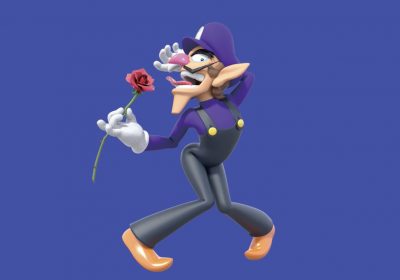 Look, who are we kidding? Waluigi has always been the most underrated star of the Mario world. With his deliciously long legs and angular mustache, the character has long stunned fans with his mysterious allure and cartoony proportions.

But Waluigi had an especially good week in the public eye when Nintendo released unexpectedly sexy new renders of the character that got fans riled up. Then if that wasn’t enough, Saturday Night Live’s Kate McKinnon dressed up as him for a skit with Elon Musk, skyrocketing his persona for the week.

The image generating the buzz is from an unboxing video of a blue Nintendo Switch Lite on Nintendo’s YouTube channel. We only see Waluigi flash on the screen for a second, but the brief cameo was enough to inspire people to take screenshots and share the image widely on social media. The image shows Waluigi posed with his knees together and booty busted out. His profile looks beautiful, with his tongue flying out of his mouth and his red rose.

Then if that weren’t enough, the Waluigi powers that be at Nintendo blessed fans with another render for the company’s upcoming Switch game, Mario Golf: Super Rush. Here, he’s rocking a fedora and button-up vest to go along with Wario’s great outfit.

Fans are thrilled on social media, with one person online commenting that “the era of sexy Waluigi has officially begun and we couldn’t be happier.”

People are joking that Nintendo is aware of the Waluigi thirst, and is having developers design his character accordingly.

If the renders weren’t enough, Waluigi also got another bump when Kate McKinnon portrayed him in a sketch as part of Saturday Night Live. In the bit, she and Elon Musk — who played Wario — defended Wario in a court case over a banana peel in Mario Kart.

And while it’s been a big week for Waluigi stans, this is just a drop in a bucket when you look at the wider community. On platforms like TikTok, there are entire trends dedicated to drawing the Nintendo character with a sexy body. And if there was any remaining doubt about Waluigi’s reign as the most alluring Mario character, remember the time that Nintendo ran a Valentine’s Day promotion where fans could give their favorite character a Valentine and Waluigi absolutely shut down the competition. Waluigi has always been hot, and fans love it.