Home » PC » After the disappointment of Rise of Skywalker, I’ve found an unexpected way to cope

After the disappointment of Rise of Skywalker, I’ve found an unexpected way to cope

The last few months have been a rollercoaster for Star Wars fans. Between The Rise of Skywalker, The Mandalorian, and Star Wars Jedi: Fallen Order, fans have a wealth of material to engage with — with varying quality.

I loved The Mandalorian, and enjoyed Star Wars Jedi: Fallen Order as well. But my disappointment in The Rise of Skywalker left me looking for more Star Wars in my life. I found comfort in the same place I have for nearly a decade: EA and BioWare’s 2011 MMO, Star Wars: The Old Republic.

Star Wars: The Old Republic features eight playable character classes, each with their own multi-hour story campaign. Coming from the team that made the beloved Star Wars: Knights of the Old Republic RPG from 2003, fans had a lot of expectations in 2011 — which often manifested in disappointment over the game’s MMO features.

As one of those excited fans, I built a computer for Star Wars: The Old Republic eight years ago, and I have a distinctly embarrassing memory of going over to a friend’s house to play while he wasn’t home, out hanging with people I also knew. I created a Twi’lek Jedi Knight as my first character, and started my journey to defeat the Sith Empire in 2011.

But by the time I got to the planet Hoth — about two-thirds of the way through my story — I abandoned my quest. I liked my character’s story, but became bored of grinding hours of side missions before I could continue the plot. I didn’t return to my Jedi for a number of years — the grind wasn’t worth my time.

The Star Wars stories you want 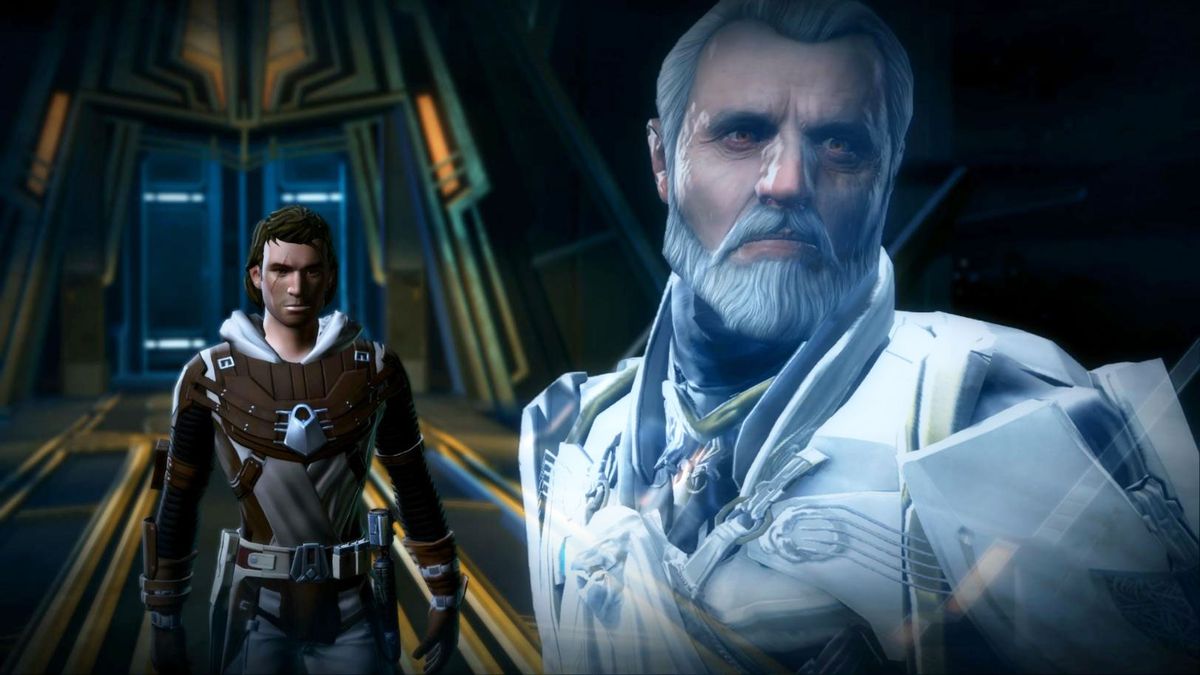 The Knights of the Eternal Throne story campaign for subscribers
Image: BioWare/EA Games

Star Wars: The Old Republic has gotten better since launch. The game is closer to the single-player RPG players initially wanted. I can now solo the adventure without spending hours grinding meaningless side quests. I even have companions to keep me company, and support me during combat.

Even as a free player — not paying the game’s $15 monthly subscription — I’m able to return to my Jedi and mainline the story all by myself. After nine years, I finally finished my original Star Wars: The Old Republic journey.

Depending on your class, your story in Star Wars: The Old Republic changes completely. The Sith Inquisitor storyline is fantastic if you’re looking to explore some ancient Force lore. And the Jedi Knight storyline is great for role-playing the perfect Jedi paragon.

But after completing multiple storylines, my favorite class story is the Sith Warrior. It’s filled with all the Darth Vader stuff you’d expect, allowing you to serve as the forceful arm of the Empire. I hunted down Jedi, and even turned one very powerful Jedi learner into my apprentice after killing her master.

All of the storylines in Star Wars: The Old Republic have moments like this. You can live out the fantasy of lifting rocks into the air with the Force, while befriending a member of the rare Dashade species. It’s a constant reminder of the stories and creatures that make Star Wars unique.

New discoveries in a galaxy far, far away

After seeing Star Wars: The Rise of Skywalker, I felt like I didn’t know what I loved about Star Wars anymore. It took so much away from the stories I cared about — Vader’s redemption in Return of the Jedi, or Luke’s cynical turn in The Last Jedi. It didn’t show me anything new or clever about a world I loved. I needed more, to fill the vacuum Rise created.