Home » PC » Dead by Daylight: Hooked on You is the dating sims fans have demanded 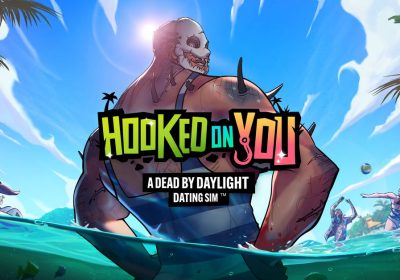 Dead by Daylight, which launched in 2016, is a terrifying game pitting four Survivors against one lethal Killer. Still, over the past six years, some brave fans have asked “What if we weren’t getting murdered by these Killers? What if, instead, we chose to give them some lovely smooches?”

Behaviour Interactive is giving the notoriously thirsty Dead by Daylight fanbase what they want with an upcoming dating sim called Dead by Daylight: Hooked On You. While Hooked On You isn’t canon, it’s still an exciting opportunity to befriend or date the Trapper, Huntress, Wraith, and Spirit characters. The spin-off is launching this summer for Windows PC on Steam.

Hooked On You is a collaboration with developer Psyop, perhaps best known for its work on 2019’s KFC-themed dating sim I Love You, Colonel Sanders! It may have been a tough task to make Colonel Sanders sexy, but there’s a lot of grassroots passion for Dead by Daylight characters. Plus, Hooked on You is based around the archetypal “beach episode” from anime and manga, so there’ll be sunlight and swimsuits aplenty.

The protagonist will be a bit of a blank slate; the player can make their own decisions on who they want to befriend and romance over the course of the game. In a Q&A following Tuesday’s announcement, Behaviour Interactive said that, should fans be interested, the studio is open to making more of this romantic fare with a wider selection from the cast.