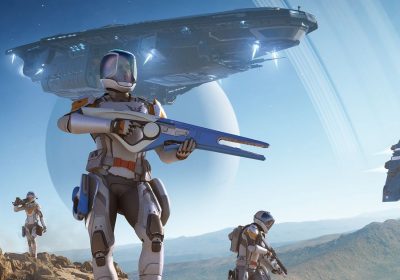 Elite Dangerous: Odyssey, the highly anticipated new expansion for the spacefaring game, launched in a sorry state. The upgrade is so riddled with bugs that co-creator and Frontier Developments CEO David Braben spent time on Friday personally apologizing to the community.

Players who booted up the game on launch night were met with connectivity issues that either prevented them from logging in at all or dropped them from game servers at random. Those who did make it into the game found that frame rates were stupefyingly low, even when using Frontier’s recommended specifications.

“First and foremost, I would like to apologise wholeheartedly to those who have been suffering from these problems,” Braben wrote on the game’s official forums. “I would like to reassure you that we take these issues very seriously and that they are our top priority and focus.”

Braben went on to ask for “patience and support,” and to note that communication on updates will be open and regular going forward.

Since Odyssey launched, two hotfixes have been applied to the game, and connectivity issues seem to be improving. Unfortunately, now that many players are making their way out into unexplored territory, additional issues are cropping up with the game’s reinvigorated planet terrain-generation system.

One issue appears to be the overall level of detail (LOD) seen as players come down from orbit to land on planetary surfaces. Interesting details like ridges, canyons, and cracks in the planet surface appear from orbit but vanish once you get closer. In their place are flat, barren surfaces. These LOD issues are also a priority, developers told Polygon.

“We are aware of the current technical difficulties experienced by a number of Elite Dangerous players after Odyssey’s launch,” Joss Herraez, public relations and communications manager for Frontier Developments, said in an email to Polygon. “This initial set of updates has greatly improved the game’s stability and minimized player disconnections. LOD has also seen a significant improvement thanks to these first updates. We will continue to release new updates regularly, that will keep improving Odyssey’s stability and overall quality and performance.”

An example of the repeated tiles found by BlackMaze during exploration.
Image: Commander BlackMaze

Another issue, reported on the Frontier forums by user BlackMaze, appears to be the repeated chunks of terrain being used to make up new planets. As a result, some bodies look shockingly similar all across their surface.

“The planetary tech issue you raised is one that we are actively investigating,” Herraez said, “and we will be able to share an update with our community as quickly as possible.”

Elite Dangerous: Odyssey is expected to come to consoles, including PlayStation and Xbox devices, in the fall.