The Epic Games Store is off to a promising start.

Steve Allison, head of the Epic Games Store, shared some download and sales data during a presentation at the 2019 Game Developers Conference, noting that users downloaded the free games Subnautica and Slime Rancher 4.5 million times in two weeks. But the real news comes from the launch of Metro Exodus, an Epic Games Store exclusive.

Metro Exodus has sold two and a half times more copies on the Epic Games Store than Metro Last Light sold in the same amount of time on Steam. This proves, according to Allison, that “it’s really about your game, not so much about the store [you sell it on].”

Metro Exodus also runs on Unreal Engine 4, which means that the engine licensing fees will come out of Epic’s 12 percent cut instead of being added on top of Steam’s 30 percent revenue share. 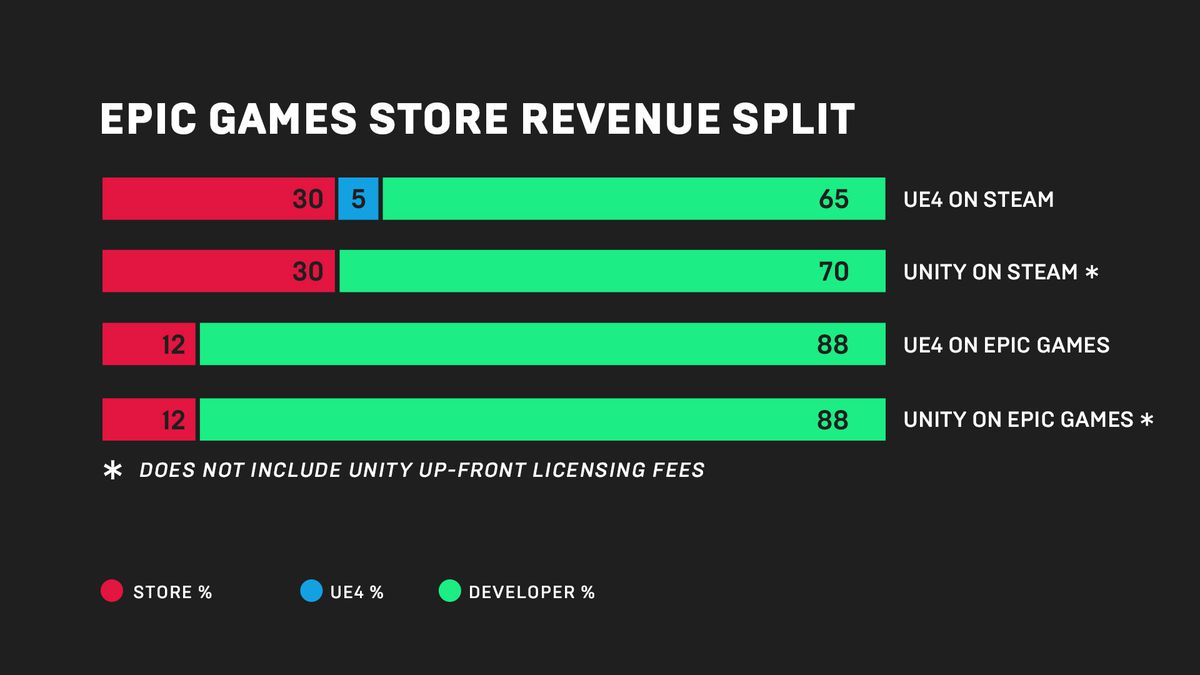 The higher sales are only part of the story, as Deep Silver will keep a much higher percentage of the money coming in from the release on the Epic Games Store compared to the revenue it would have made on Steam.

“The Epic Games Store will make many hundreds of millions of dollars for developers this year,” Allison said during the presentation.

What do the Epic Game Store numbers mean?

The message Epic Games would like to get out is that you can make a whole lot of money on the Epic Games Store, even if many fans expressed their anger over the game’s exclusivity online. But Metro Exodus is also just one game, and without hard numbers it’s trickier to tell if this is anything close to an apples-to-apples comparison.

Still, the message is there: There are a lot of players on the Epic Games Store, and they like to buy games through the service. Good stuff.

Meanwhile, Steam remains absolutely massive, with 47 million daily active users and 90 million monthly active users, according to a blog post from January of this year.

Epic’s message is that its store can sell games, but it’s hard to argue with Steam’s continued market dominance. That may matter less due to the larger amount of revenue that Epic gives to developers and publishers, but Steam’s head start in growing a gigantic user base is going to be a hard advantage for anyone to fight for some time.

Exclusives will help, which is why the success of Megro is so important for Epic to share. Even if you bring your games to the Epic Games Store, and nowhere else, you can sell more copies and keep more of the money. The size advantage of Steam doesn’t matter, what matters is how much money each individual company can make with the Epic Games Store.

We’ll see how many developers and publishers listen.